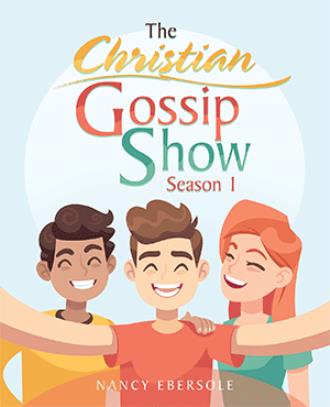 Host - How'd you get to have rabbits for pets in the first place? Peggy - Oh that was quite the surprise to my parents! I was invited by a friend to a VBS at the local church of the Nazarene. Even though I was a guest, by the end of the week, I'd invited more friends to come than anyone else, and my prize was a cute little live bunny. I'd like to see a church try that today. My parents were kind enough to give that pastor a call and tell him what they thought of my prize. I don't know why they didn't let me stay in the room while they talked to him. Well, After my bunny was grown, my cousins who raised rabbits...(sadly) for food, they took Sarah, that was her name and put her in a cage with another rabbit so they could mate, and I'd get some more little bunnies. Only nothing seemed to be happening. Finally, my uncle had a look at the situation and announced, "no wonder these rabbits won't mate, they are both males!" I was devastated! But I decided to name my rabbit Abraham instead and uncle Dave gave me a female rabbit which I promptly named Sarah. And this Sarah could create bunnies, let me tell you! Before I knew it, Abraham was the father of a whole tribe of rabbits. I called them the Chosen Bunnies. I gave away bunnies right and left. (Lucy becomes real sad) Eventually, a pack of wild dogs broke into my rabbit pen and got what was left of my little clan of rabbits. (Lucy's crying) Host - Why, they're probably hoppin' around in rabbit heaven right now! After all, they were the Chosen Bunnies. And just like us, if we're a chosen one of the Lords, our next life is going to be a whole lot better than this one! Lucy - Oh, thank you for pointing that out. I feel so much better now. Hang in there bunnies, I'm coming one day. Single Sally - Hey Forgetful, we understand that you plan to write a book based on the Bible. Forgetful - (excitedly) well, it's actually about the animals in the Bible. Do you realize how many times animals are mentioned in the Bible? God sure loves those critters He created. Let's see there was Shrek's donkey! Single - Shrek wasn't in the Bible. I think you've watched too many movies. Forgetful - Sure he was, he had a talking donkey. Single - That was Balaam. Forgetful - Oh yeah, Balaam's donkey talked to him. He must have thought, Wow! What kind of a trip am I on? Then there was the time Mary had to ride an animal to Bethlehem. I guess all the Ubers were busy that week. Can you imagine being the expectant mother of our Lord and Savior, and having to make that long journey on the lowliest of creatures? It must have been real uncomfortable riding on the back of that zebra for that long. Host - I don't think you mean zebra. Forgetful - Well, he had that beautiful black and white striped coat... Oh yeah, that was Joseph in the old testament that had a beautiful coat. Come to think of it, it was highly ornamented and probably very colorful, not just black and white. Single - Did you know that the account of Mary and Joseph's trip to Bethlehem in the book of Luke doesn't tell us she actually rode the donkey. Early Christmas carols are responsible for that idea, and it became a tradition in our thinking about their journey. Forgetful - Well, I would have waited for the Uber myself. Host - Sometimes we don't recognize that when we're in a hard place, it's still an opportunity to serve God. As I tell about certain incidents in the Bible, I'll give each of you a chance to put your spin on the situation..... Well let's talk about another example in the Bible that required total trust in the Lord. That would be Daniel, who was sent to be lunch for the lions because he would not bow down to anyone but the one true God. Connie - I believe Daniel used hypnosis to convince those lions they were little kittens who had lost their mittens and they were waiting for Daniel to find them. Harry - Oh don't be ridiculous! He obviously took a taser in with him. Why else do you think they didn't have Daniel Burgers for lunch? Daisy - Well in a situation like that, I'd just throw my hands up and say, "I guess this is how I'll get to heaven." Although I can't imagine he wasn't afraid. Freddy - What's to be afraid of? I'd just punch them critters in the snout, like I do my bosses when they say I have to work overtime. I guess that's why I've had so many different jobs in the last couple of years. Betty - Honestly! Didn't any of you pay attention in Sunday School? Daniel survived because he trusted God, and this whole incident showed the heathen Babylonians who the one true God is. It's just like when God uses us in a tough spot to reveal himself to others. We don't always know how a hard experience for us may point someone else to the Lord, if we'll let our trust in the Lord be evident.

The Christian Gossip Show: Season 1 contains the Gospel according to a slightly bizarre woman named Nancy (non-sense) Ebersole. Certainly don’t blame its content on Matthew, Mark, Luke, or John. These stories are similar but not exactly the same. Instead, this is a humorous collection of skits that offer lessons on various biblical principles. There are a variety of ways for readers to engage with the text. Each segment can be read as a short story. Another option would be to perform the skits with one or multiple actors, with the help of prop lists and instructions. These skits also serve as a launching pad for Bible study and discussion. Adults and youth alike will appreciate the entertaining and humorous ways these biblical topics are addressed. No matter where you stand with the Lord, Nancy prays God will use her silly stories, songs, and the scriptures in a way that blesses you and makes you laugh. Among all the “nonsense,” there are pearls of truth from God’s own heart that He wants to share with you.

Nancy Ebersole came to have a personal relationship with the Lord in her mid-twenties. She has written approximately one hundred gospel songs, some included in this book, based on Bible teachings and her own personal walk with the Lord. More recently, she began writing humorous short stories and skits intended to lift the spirit. Nancy has a heart for sharing the gospel message through Bible studies, as well as in her written words through skits, stories and music. Nancy lives with her husband, Ken in Apopka, Florida. He has been her unwavering assistant in putting this book together. They have two adult sons and a wonderful granddaughter. Many of Nancy’s stories were inspired by experiences with her family members, including her parents, four brothers and a sister.