A History of Judaism and Christianity

Towards Healing of the Original Wound of Division 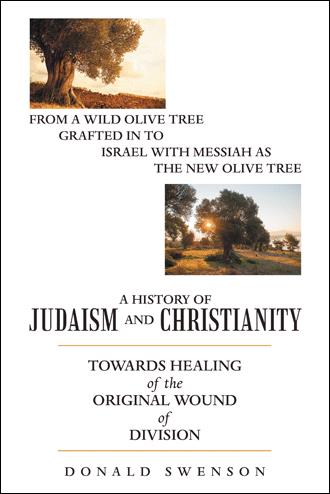 Many articles and books have been written on the relationship between Judaism and Christianity. The unique feature of this writing is its pastoral emphasis. By this I mean it is a document that calls for response as the history is told. It is told not only to inform the reader of the contents of this history but also to seriously remember the past and to anticipate the future. Much of the history between the two religions is fraught with pain and suffering as Christianity has dominated Judaism for nearly two thousand years. This is to be remembered that, in turn, we may repent and, in this way, pave the way toward reconciliation. Reconciliation will happen primarily in the future when Israel is restored and the one true humanity (Jewish and Gentile believers in Yeshua ) are united in an eternal, supernatural eschaton when Yeshua, in Adonai , is king of the whole earth and the cosmos as written in Zechariah, “Then Adonai will be king over the whole world. On that day Adonai will be the only one, and his name will be the only name” (14:9).

Two primary themes capture this document: (1) the mysteries of the kingdom and, (2), the many branches of Christianity being grafted into Israel as branches are on an olive tree (see Romans 11:17). The first theme is dependent on the scholarship of Rabbi Mark Kinzer (2018), it is argued that an aspect of the mystery of the kingdom is the link between Yeshua being crucified and raised from the dead, and Jerusalem (a symbol of the Jewish people) being crucified and raised from the dead as well. Except for the first 150 years of Christianity, Jerusalem has been “crucified” or has suffered much, both at the hands of Christians and secular governments. Much of this history of suffering will be documented in this text. The theme of resurrection is the theme of hope, healing, and restoration so well evidenced by Yehsua’s resurrection and Israel being “born in a day” in 1948. After that date, there have been many “resurrections” consisting of reconciliation among Jews, Christians and Messianic Jews. This story will be documented in Chapter Five.

The second theme is based on the letter of Paul to the Romans, chapter 11. The phrase “being grafted in” needs some explanation. Consider two olive trees, one a cultivated olive tree and another uncultivated. The text reads of a wild olive tree which was uncultivated (Romans 11:17). Those of Gentile origin are rooted in pagan gods and goddesses or, in modern times, under the yoke of the gods and goddesses of secularism. The Apostle wrote that they were: “without a Messiah, estranged from the national life of Israel. Gentiles were foreigners to the covenants (from Israel) with the promises. They were in the world without hope and without God” (Ephesians 2:12). Further, “You used to be dead because of your sins and acts of disobedience. You walked in the ways of this world (‘olam hazel) and obeyed the Ruler of the Powers of the Air (Satan or the Adversary) who is still at work among the disobedient” (Ephesians 2:1–2). They were “spiritually dead” (II Corinthians 5:14). This branch is grafted into the Israelite, cultivated olive tree.

This book, pastoral in nature, is to provide the reader with an in-depth analysis of the challenging history of Judaism, Israel, and the Christian church. After offering an introduction to the First Testament (in Hebrew, Tanakh), the author proceeds to portray an image of Early Christianity or the Jesus Movement during the Apostolic Era to the beginning of the fourth century. During the early part of this era, there was a vibrant union between Jewish believers in Jesus (in Hebrew, Yeshua) and Gentile believers in Jesus. However, over these years, anti-Semitism grew within the Christian Church that resulted in a wound of division between the two segments of the Christian faith. This division resulted in anti-Semitic attitudes, discrimination, exiles and pogroms against the Jewish people, the nation of Israel. This lead, in part to one of the most tragic events in human history, the Holocaust or the Shoah. The author documents factors, both distal and proximate, of the tragedy. Beginning in the decade after WWII, the creation of the State of Israel in 1948 and, the Catholic Council called Vatican Council II, new hopes for repentance, reconciliation, and healing have begun between the Christian Church, Israel and Messianic Judaism.

Sources to the work emerge from the theologies of Judaism, Christianity, and Messianic Judaism. The document is framed sociologically by using ideal types and historical sociological materials.

The goal is for the Christian Church to remember, repent of her collective sins against the Jewish people and to journey towards reconciliation among Jews, Messianic Jews, and Christians.

Donald Swenson, Ph. D, is Professor Emeritus of Mount Royal University, Calgary, Alberta. Canada. Professor Swenson has a BA degree in theology (University of Ottawa), a MA in sociology (the University of Calgary), and a PhD in sociology (Notre Dame University). His academic career spans nearly fifty years and his Christian life for sixty. He has presented over 40 papers and seven books on the sociology of the family and religion. His current interest is involvement, both academically and practically, in critical matters of Israel, Messianic Judaism, and Christian unity.