if you find this house empty…

by Todd A. Johnson 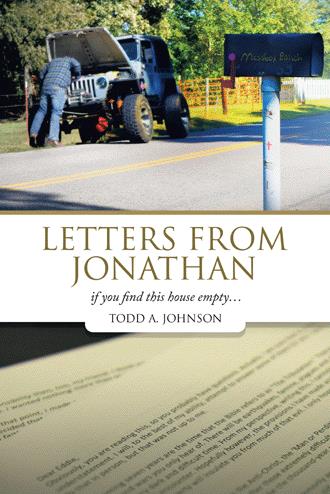 WE FINALLY MEET
With so many people having left in the days and weeks running up to the seventh year, we were once again down to mostly the core group that first arrived and began working at the ranch.

For the first time in a long time everyone in residence was again able to sit down at the same table together for a meal. It was still crowded, but nice. Mealtime was starting to get back to feeling like what it really was, just a sweet, large family getting together to break bread. With all of the changes, dinners together like this were one of the few things that still felt traditional in the former sense of the word. The unconventional way they had all come together here however was anything but traditional.

Janie and Emily had once again put the finish on another wonderful meal and set it before us. As everyone quieted in anticipation, Michael said what he had most often said in the last six-plus years of their time here, “Please pray with me.”

With those familiar words, everyone reached for the hand of the person next to them. Heads were bowed, eyes were closed and like so many times before, Michael began, “Heavenly Father…”

At the precise moment the words were said, there was a huge flash. It felt as bright as the sun. Even through closed eyes, it was beyond dazzling. Michael tried to open his eyes but could only squint them shut more tightly. Briefly he was reminded of stories of nuclear tests from the 1940s where people, unaware of the magnitude of the flash had looked directly at it, only to be permanently blinded.

After a few moments the brightness reduced enough for him to finally be able to look, but now all he could make out was a white blank. There was no table now, no family, nothing but the bright void of emptiness.

Michael began to wonder if he’d had an aneurism or possibly a stroke. Was this what that was like? He thought. Had he been stripped of his ability to communicate and was now laying lifeless at the head of the table?

The brightness had been completely silent. Or had it? Now he wondered if he was deaf too.

“Had this flash, whatever it was, happened just here or had it been everywhere?” Michael asked aloud. Wait… Had he ask the question, or just thought it? He was confused. The uncertainty of whether the question had been asked or thought, now gave way to the more concerning realization that he was genuinely unsure which.

Though Michael didn’t yet know it, the silent flash he had just experienced was only the first small-step in a series of events that were finally beginning. These events had been prophesied for millennia and anticipated by millions. The timing of this beginning had been known only to God, and up until now He hadn’t been willing to share, beyond what He had already had written down.

These prophecies had seemed cryptic to cultures and people who tried to work out the details of their written meaning throughout ages, all from their temporal perspectives. They had however, always been clear from the perspective of the One who gave them. Now as events commenced, people would begin to understand.

This heavenly event at once marked the end of humanity’s protracted anguish, while beginning to fulfill all of its longed for hopes.

“Enough,” the flash had seemed to say. “Once and for all, ENOUGH!”

Like a lightning bug smeared on the windshield of a speeding car at the precise moment of its final flash, it reminded Michael of a movie, paused during its most intense scene.

After the confusing full-stop flash, the white blank he was finally able to see, now faded to the dark after-quiet of a pause. The quiet was not like a lull in a conversation, not like the stillness of predawn consciousness with a ticking clock and noises of a settling house. No, this was the deep muscular quiet of ages.

Gradually, Michael began to surface becoming conscious of himself as if waking from sleep. Still, this was absent any of the familiar grogginess. Unsure of when or where he was now, but unafraid, he became aware of his memories and thoughts, waking to himself and all of his experiences.

Michael realized now he was seated. In the distance before him, he detected the faint glow of the beginnings of a sunrise. Only, his memories of sunrises didn’t square with what grew before him now. As the advancing light increased, he began to sense new shades and colors. In the sunrise he could now see there were entire new worlds of colors shimmering in the extravagant display.

In a moment, Michael understood that the new color variations he was seeing had been there all along in all of the other sunrises. He realized his eyes had, up until now simply been incapable of comprehending the whole truth of sunrises. This realization came to him full and complete as if it had always been there. What Michael saw made him feel as if the truth of sunrises had been, up until this moment like rumors inexpertly communicated in hushed tones.

Still, incapable of keeping it in any longer, regardless of its deficiency he whispered the word. “Wow…” It came out more as an inconsequential noise, but it was all he had.

What if one day while waiting at a restaurant for your pizza, you found yourself in a world where a large percentage of the population, including your girlfriend across the table, suddenly vanished? Mayhem and chaos are the new-normal. What just happened? Where would you go? How would you live? That is where Michael Thomas finds himself on an early fall day in the not so distant future.

With no real knowledge of where he came from, growing up orphaned, few decisions had been up to him and unpredictability the norm. Michael is about to experience a life that will make the one he knew seem wholly predictable by comparison. None of it makes any sense. The apparent randomness of it all…

Who could have expected this? As it turns out, someone did. Several someone’s in fact. Enter the letters from Jonathan, as well as new companions Eddie, Sam, Jane and MessBox Ranch. Compelled to go North, Michael finds a new purpose to his life with new friends and enemies. Most importantly he finds another Someone and something else he never expected by this time in his life, a family.

Of those that remain, the coming darkness will leave no one untouched. Still, it won’t last forever. Find out how they were protected and provided for in spite of the encroaching evil just outside their door. There will be surprises. You also will have a role in this.

Todd Johnson is a Christian husband and father of one daughter, Hannah and three sons, Zane, Jonah and Laddie. He is an artist, photographer and designer. He and his wife Tracy have owned and operated a corporate and historical exhibit design company for over twenty years. Together they have produced corporate history exhibits for several Fortune 100 companies. He and his family live in Northwest Arkansas.