A Parable of the Sovereignty of God 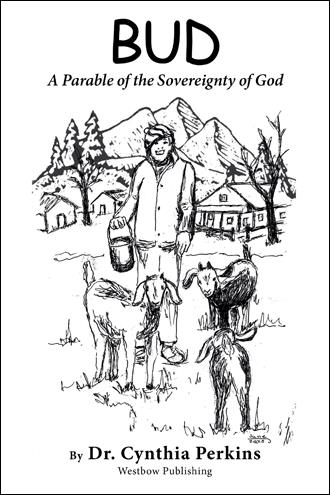 As a child, Bud seemed scary to me. To a four-year-old, the very tall, black-haired, wide-eyed man with a misshaped face and huge mole protruding out on his right cheek caused me to shudder and slither safely behind my daddy’s leg.

Bud had a wide smile showing dirty, yellow teeth and red raw gums. Adding the bad smell, that I later found out was “goat,” made me wonder if this was a man or a monster!

Bud always walked up, too close, to the person he was about to speak with, invading their space. But before he got to his destination, the smell of wood smoke blended with goat made “rank” an understatement.

Bud’s unusual dress of several layers, plus food stain from days of wearing the same clothes, added to his creepy demeanor.

When Bud opened his mouth to speak, out came stutter and spit. The spit would reach your face. The stutter would begin with your name; “Aa---ba---den.” The end of his word or sort of sentences would always end with “den.” As he spoke, his hand automatically reached out for a hand shake. Bud’s hand shake shook the receiver’s entire body. It became his trademark.

Bud was real and simple. No matter the reactions of others, whether kind or mean, ugly or beautiful, Bud stayed…well…Bud.

Mostly Bud’s simplicity guided him to his greatest loves of all: God his Father; Jesus his Brother; and the Spirit who was his guide.

Talk about special! Bud was special, in the best definition of the word…
~Exceptionally Distinct
~Memorable
~Remarkable!

A megaphone of god’s sovereignty…BUD:
Just one person, alone, in the body of a man with the mind of a five-year-old,
speech impaired, penniless, unschooled…none of it mattered,
because BUD BELONGED TO GOD! 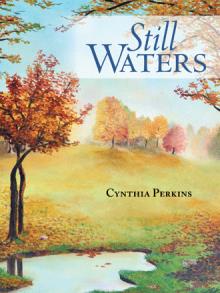 Bud lived in the community of Zafra named in the book. It’s hard to believe Bud’s life was actually true, because it was more like a fairy tale…” denoting something regarded as resembling a story in being magical, idealized or extremely happy.” Bud’s story is the same concept; however, it’s TRUE! It’s magical in the sense that Bud believed God, and in believing, His power and glory was always at Bud’s request.

Most fairy tales end with…” they lived happily ever after.” Bud did.

God’s sovereignty oozed out of Bud. His Son told us not to worry about what we should eat, drink, wear, etc. God said He knows what we need before we ask. He sustains, protects and leads us in the paths of righteousness. He promises His goodness and mercy will follow us all the days of our lives!

Dr. Cynthia Ann Perkins grew up in the southeastern corner of Oklahoma in the Kiamichi Mountains. There, her family were missionaries in a small community called Zafra. Bud was a part of her family both personally and church. Her beginning education was in Zafra’s one-room schoolhouse, the same place where Bud had gone several years earlier.

At the age of eighteen, she left for college, where she met her husband, Kent Perkins. They both embraced the ministry. After marriage, she received her PhD in Music Education from the University of Oklahoma. Cynthia and Kent have been missionaries in both Nicaragua and the Kiamichis. Cynthia has taught music to all ages in public schools, colleges, and churches. She has also been the Christian education minister in the churches where her husband has been called to minister.

Cynthia has been published by Standard Publishing Company and numerous community newspapers and magazines. STILL WATERS, her first book, is a 365 daily devotional study over the Twenty-third Psalm. Cynthia is a speaker and singer for any churches, groups or organizations.
Contact her at 918-755-4462 or cperkinsphd@yahoo.com.

Kent and Cynthia have two children: Ann Marie Brown, married to Sig, and Keri Lynn Lawson, married to Jake. She has four wonderful grandchildren: Brodie and Audrey Anna Brown and Dewey Wayne and Lucille Lynn Lawson. She and her husband Kent live between Nashoba and Honobia, Oklahoma. They currently minister at the Zafra Church in Zafra, Oklahoma, the church where Bud was a member. The church of her childhood.