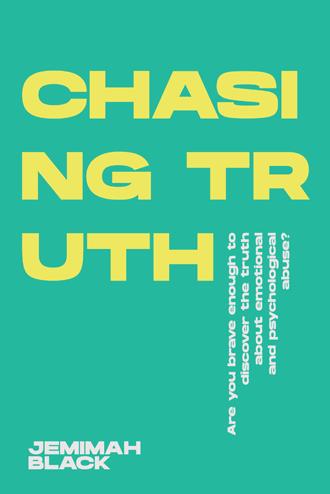 I grew up completely naive to the world of abuse. Sheltered in a loving home with parents who adore Jesus Christ, my childhood experience of family life was filled with memories of laughter, decent hard work and a place to belong. Home was the place where I instinctively felt I was always welcomed and always safe.

So when at the age of thirty-three I found myself trapped in a painfully abusive marriage, I had no clue what was happening and certainly no idea how to navigate the tumultuous path to safety. Piece by piece, I learned the “Beware of Danger” warning signs. Over time, I became intimately acquainted with the cues of when it was safe to enjoy a moment and when it was time to dash for cover. I mastered the art of reading countless different voice-tone inferences, warning stares, threatening glares, and taut body language, as each act served to warn me of impending danger. Through it all, I became well educated in the survival art of being “as cunning as a snake and as gentle as a dove.”

Reflecting on this abusive relationship, it is easy for me to now pick through the decayed remains, looking for signs of abuse from our dating days. Although I found some early indicators pointing toward possible future conflict, the clues were so small and the indicators so hidden that I am doubtful if at the time I could have ever recognized them as signs of the abuse that was to come.

For example, one time we decided to go tenpin bowling and I won–quite decisively, I might add! I took his response of insisting we play another game, followed by him being grumpy all night because I said no, as an indication that he was a competitive person. I had no idea that what he was really telling me was that he didn’t want to win, he had to win. And if he didn't win, he became outraged. In those early days, it was the “outraged” part of his personality that he very carefully hid from me.

As we will see, manipulators are masters of their craft, and it is through their manipulation that they so effectively wrangle their way into the lives of unsuspecting and ordinary people. It is a far too common story that an abuser’s controlling traits do not begin to show until after the relationship is firmly cemented. This may be done in the form of an engagement ring, marriage, the birth of a child, the purchase of a house, or financially investing. It includes any commitment that ties the two parties together in a way that makes it difficult for the victim to walk away.

When the truth of the abuser’s character does emerge, the couple is so intertwined on so many levels that it is very difficult, and sometimes feels impossible, to escape. The most common question the victim is left asking is “How could I have missed the warning signs?” Even now, I am amazed at how seamlessly I was fooled into believing that what I was being offered was sincere and true love.

And so, since nothing outlandish jolted my attention, with sheer delight and enthusiasm I plunged headfirst into what I thought was going to be the most wonderful season of my life. Unfortunately, it was not long after the wedding celebrations had ended that I woke to discover the shocking reality.

“Can someone please help me understand the craziness engulfing our family?” Daily this question screamed through Jemimah’s confused and anxious mind. Chaos ruled as in angst she watched the man she had married rotate his “Dr Jekyll and Mr Hyde” personalities, leaving her feeling trapped and fearful.

Jemimah Black takes us on an insightful journey from the exciting beginnings of her new dating relationship, into the gradual uncovering of the shocking truth that she had married an emotionally and psychologically abusive man. She seeks answers to her questions, “How did I get myself into this? Was I so ‘in love’ that I failed to see the signs? If this is now my reality, what is my response to be? Am I required to be silent and endure? Is there a time to stand up and speak up, even if it means losing everything I treasure?”

If you are curious and brave enough to venture inside the home of a family experiencing abuse, this book swings the front doors wide open and invites you in. As you enter, you will be surprised and amazed at how, without a single physical blow, one person can hold an entire family hostage.

You will not be able to read this book without being deeply challenged. It is an essential tool that sheds light on the dynamics of abuse and will make you question everything you think you know about family violence. Reading this book will not only change you, it might even help you save a life.

Living through an emotionally and psychologically abusive marriage before eventually escaping the trauma, has caused Jemimah to become passionate about supporting others caught in family violence. She is committed to educating the community, particularly the church community, to understand the dynamics of abusive relationships. Her greatest passion is teaching women that there is not only a way to escape domestic and family violence, but that they can be completely healed from their trauma and thrive in their God-ordained future.

Using her Social Science Degree, Jemimah has been employed in the community sector for many years working in various roles including Family Counselor, Family Support Worker, and Transitional Housing Worker.

In November 2015, Jemimah was honored to be asked to help develop and implement a transitional housing program that supports women and children leaving family violence. The program not only provides transitional housing for families, but it also offers wrap-around services such as advocacy, referrals, court support and help to establish new social networks. Jemimah and her team actively work with the families to ensure they are offered every opportunity to successfully re-establish their new lives, and she continues to coordinate the ongoing operation of this program today.

Jemimah is a mother to Robert, a healthy, fun-loving 16 year old who loves playing the drums—and we won’t mention the Xbox. Robert is the older brother to Cookie, a loveable but not-so-innocent Groodle dog, who adds much delight and mischief to the family.