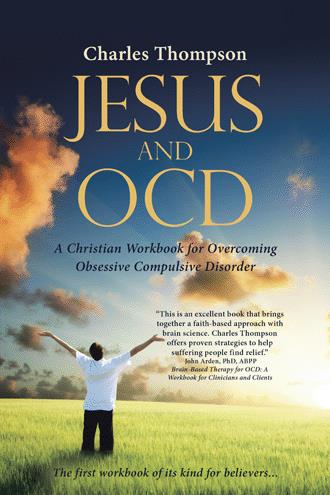 I Choose Joshua and Caleb

You must reach a turning point. I will not tell you that it will be easy, but I will tell you that it is well worth it. A decision is needed to do this that must be made over and over. It is to face your fears. After all, OCD is a fear based illness.

Joshua and Caleb in the Bible reached an example of this turning point. They faced the same fear as the rest of the Israelites, but handled it differently. Let's look at it together and see what it has to do with obsessive compulsive disorder.

1. How many men did God want Moses to pick?

2. What was the mission of these men?

Then Caleb silenced the people before Moses and said, "We should go up and take possession of the land, for we can certainly do it." But the men who had gone up with him said, "We can't attack those people; they are stronger than we are." (Numbers 13:30-31).

1. What did Caleb and Joshua say about the land?

2. What did the other ten men say about the land?

Have obsessions and compulsions paralyzed your life? Does it seem like your battle with obsessive compulsive disorder is leading you in circles with no way out?

You can learn from the Israelites in the Old Testament who were fearful to enter the promised land and two men who were different. Joshua and Caleb stood out in the crowd due to the faith they exhibited. Both inherited what God had promised.

By having faith, you can walk in their footsteps and inherit your promised land—one in which OCD does not rule your life.

Charles Thompson, who suffers from OCD himself, provides tools to boost your faith through prayer, Bible study, spiritual warfare, and devotionals while incorporating established medical methods.

The workbook will help you confront OCD by looking at it through God’s eyes. You’ll find that anxiety and pressure can be relieved—and that God has a loving plan for you.

Charles Thompson has served as a senior, assistant, associate, and youth pastor. This pastoral insight and his own experience with obsessive compulsive disorder gave him the tools to write the first Christian workbook to help people in Jesus’ name find relief from obsessive compulsive disorder. He graduated from Southwestern Assemblies of God University with a degree in pastoral ministries and another in Biblical studies. He resides with his family and pastors Restoring Hope Church in Huntsville, Texas.