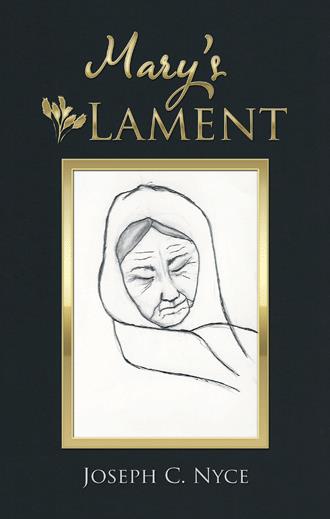 It was more than two weeks since James was murdered, and so late that in one hour it will be part of tomorrow. Mary felt great relief when she and Simon finally arrived home. Mary did not like walking the streets of Jerusalem after dark. They were rough, and her balance was not what it used to be. They had walked all the way from Mathias’ house near the Sheep Market on the other side of the Temple. Their fellowship met in secret since James’ murder, only going to the synagogue for Sabbath. The purpose of this meeting was to install Simon as the head of the followers of Jesus in Jerusalem. James established himself in the eyes of the common people as truly righteous: a man, honoring the greatest commandment by defending the sacred space of the Temple, and dedicating his life to serving the poor, so honoring the second commandment to love one’s neighbor. James owned the hearts of the people. Simon knew he had big shoes to fill.

Mary was extremely uncomfortable. The meeting had been boisterous and at times down right scary. Some of the more militant were outwardly goading Simon to demonstrate that he was not going to continue James’ position on non-violence. They were tired of waiting, convinced that Jesus would not return as long as the Jews cowered at the sight of the Romans. It saddened Mary that the younger members of the fellowship had not had the benefit of walking with Jesus and hearing his teachings. Would Simon be as successful as James in conveying the essence of Jesus’ message of God’s love?

Simon sensed his mother’s discomfort. It was her eyes! Eyes told him everything about a person. Were they orbs of iron, not letting anything in or out? Were they deep dark wells, perceptive, but always alert to danger, never revealing anything? Or, were they clear as air through which love could flow? Yes, hers were always clear; but, now revealing a pain so deep it broke his heart. Ever since James’ murder he recognized a pain that went straight to the core of her being. He was concerned for her. He knew this pain could kill her more rapidly than any disease. James’ murder, now her third son to be murdered by the authorities, broke open her heart, and her life blood was gushing away.

“You can run away!” Her grief, distress, even anger showed in her voice. “Run away and hide from all this insanity that has killed three of my sons. You are my last son; for God’s sake get away before they kill you too.”

“It’s not that easy, Mama, your grief is making you say things you don’t really believe.”

“What do I believe? What is one to believe? I had five sons all dedicated to the righteous pursuit of Torah, now four are dead. You tell me what to believe!”

“God’s promise to Abraham will never die. We must keep Torah, and protect the holiness of the Temple, especially now. You know messiah will come! You heard what Jesus and James taught. You can’t lose faith now!” Simon didn’t need to hear any disbelief just now. He was still reeling from the venom cast at him in the meeting.

“Maybe it’s all a bad dream; no a miserable nightmare!” Mary continued.

“Say what? Three sons dead, killed by the authorities. Sons who were loved by so many, sons who gave common people hope, sons who healed the sick and faithfully sought to do God’s will. What for; to be crucified, beheaded, and stoned to death? What is that if not a nightmare? They will kill you too; and my three grandsons. Then what will you say about God’s

1. This arresting novel raises challenging questions about the meaning of Jesus’ life, death and resurrection. New insights on many aspects of early Christianity emerge from the narrative of events during the unsettled years a generation after the crucifixion. Readers will find especially thought-provoking interpretations of the apostle Paul and Mary the mother of Jesus. This story brings key tenets of theology to life in vivid form. (James M. McPherson, Ph.D,, retired professor, Princeton University and Pulitzer Prize winner.)

3. This is a gripping and compelling story about an epic moment in human history. Joe Nyce has brought the characters to life in all their grandeur and pathos. He invites the reader to re-live history with a profound spiritual purpose. (Jeremy I. Adelman, Ph.D., Professor of History Princeton University.)

4. For those with an interest in Jesus’ central message of love, self-sacrifice, and kindness above all else, Nyce’s thought-provoking narrative of the early years of Christianity will provide a rich and rewarding experience. (Herman Tull, Ph.D., Visiting Associated Professor of Religious Studies, Lafayette College)

5. Through Mary’s plaintive eyes, Joe Nyce illustrates a historically rich and thought provoking story about individuals who knew and were spiritually impacted by the life, teachings and death of Jesus. The beautiful message of love and humility is a wonderful read, especially now with societies electronic barriers. (Tim Mathews, D.Sc., mayor, East Amwell Twp. NJ)

Mary’s Lament is an attempt to connect our religious struggles of faith with those who lived through the birth of our religion, and it provides a narrative walk with Jesus’s mother, brother, and sister as a way to assist us in honoring Jesus’s command to walk with him through the kingdom of God’s love. Author Joseph C. Nyce also explores through this narrative the tragic religious history of violence, presenting a fresh look at the violent beginnings of Christianity.

The violence of nascent Christianity still haunts us through the barriers of belief, and we can explore this transformative time in our religious history to discover a deeper meaning of faith through imagining real persons caught up in this division of faith between two groups of people devoted to the same God and agreeing that righteousness was the way to honor him.

Joseph C. Nyce grew up in a Christian home in Eastern Pennsylvania, and after earning his bachelor’s degree in civil engineering from Lafayette College, he settled down in the family business manufacturing concrete and blocks. Yet Joseph felt God’s call, uprooted his wife and two young children, and enrolled at the Princeton Theology Seminary, where he would go on to earn his master of divinity and PhD degrees. While there he established a general contracting business in the Princeton area. He also sang and conducted adult Bible studies for St. Luke’s Methodist Church in Bryn Mawr, Pennsylvania, where touching and soul-searching discussions inspired him to write Mary’s Lament.