Voiced by the Women Who Knew Him 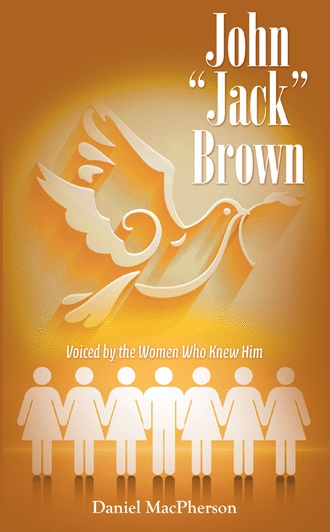 Fifteen years ago, the editor of the newspaper where I worked asked me to write an obituary for John “Jack” Brown. I had heard his name in social circles, but he was not politically active, so I knew nothing about him before working on this story. Jack resided in a small township outside the county seat of Medina, Ohio, and he amassed a small fortune while on the earth. Some of it was in material wealth, most of it in the love from the people he touched. Whether a girlfriend or a business partner, folks found it was easy to trust Jack.

Jack Brown was married for twenty-four years and had one daughter, a secretary, and four mistresses after the death of his wife. Of the seven women close to him, only one ever really knew him. She could look past his bravado to see the scared little boy who hides in every man. His charm was not wasted on her, but it could not deceive her. The embrace she had on him prevented any of his girlfriends from having him entirely in the ten years after her death. His dependence on her was so deep, it may have led to her demise. Although the girlfriends could be with him, hold him, and even love him, they could never truly have him.

After his funeral, I met several of his girlfriends and his daughter at a diner next to the funeral home. His daughter, Katherine, knew he had female friends but was surprised by how many and the feelings they had for her dad. Their reverence, admiration, and conviction impressed me. Jack had a strong, commanding presence. My biggest disappointment was not meeting him.

I wrote a feature on Jack, which my editor reduced to about a tenth of its original size. I found it very hard to keep the article brief, after listening to these women. My original story would have covered about three-quarters of a page. I knew this was more than any newspaper would permit, but I believed Jack’s story was something special.

A couple days after my editor dismantled my article, I decided to write this book about Jack Brown. Everyone at the diner that evening agreed to contribute a story, and Katherine mentioned his secretary, Gail Ledbetter, who agreed to help chronicle his life. Each chapter is the story told by the women who knew him. The stories are a combination of verbal interviews and letters written to me. I tried to maintain the narrative of the women as expressed to me. Their written accounts of Mr. Brown’s life are as accurate as they can remember.

The women who told them to me approved each of the stories. There were omissions of some details because they were too personal; some details were added even though they were very personal. One of them didn’t want her daughter to read the book until after she died. Another one said she might have been able to write a better story if she had the time. I didn’t put to paper anything not approved by the women. All seemed very happy with this book.

Life Happens and I got married. It took me fifteen years to write this book between job and family.

This is a story from my dreams about Jack Brown. It is through the eyes of six women who knew him. The first hired him at age seventeen. The second is his daughter. The last four were girlfriends after his wife passed away. This book charts his life from an early age until his death. Through the stories told by these women, you will get to know them, Jack, and the love of his life, Sarah. You will see the struggles he had with her and the struggles he had with God after her. He helped these women in many ways, and in many ways, they helped him.

I viewed language as a necessary barrier to a business degree. Numbers are neat and orderly but words are chaotic and confusing. It was about 15 years ago I started writing to improve my writing skills and clear my head of my dreams. I have had these dreams since I was young about people and places I have never met or been. As I put these dreams to paper, I found my writing skills improving. I also discovered by sharing with friends, it was an interesting read. It was suggested on a few occasions, I should publish something. I finished this book and called a publisher. For a person who finds language arts as an obstacle, it is nerve racking to put my work before other people. It is my hope and prayer, you find his writing entertaining, amusing, and spiritually uplifting.