The Making of Momma Dee 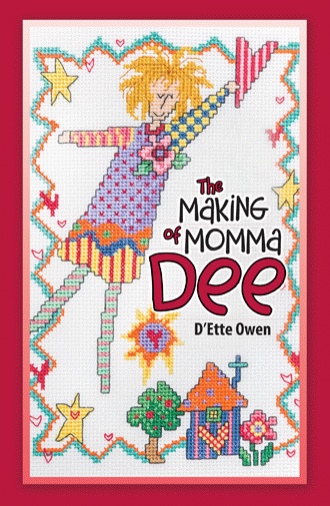 I had discovered that if you feed them, they will come. And I liked having the multitude of children around. Besides infusing life into every area of the house and yard, it enabled me to know (somewhat) what my own crew was doing. However, I suspected that food was not going to be enough to hold them. We would need entertainment options, as well.

Being at the end of the cul-de-sac, we were able to have the basketball hoop right in front of our house. It was a good start, but not helpful in winter. We had the neighbors’ hills for sledding. Still not enough to hold their ever-changing whims. Jacob asked if he and his brothers could build a skate park in the back yard for snow skating. That seemed like a good option, so we gave our blessing. The neighborhood converged on our backyard with shovels, wheel barrows and creativity. Fred and I would sit and chuckle listening to their creative genius at work. I smiled smugly at my brilliance in keeping the activity close to home.

Finally, the day came for the “unveiling.”

Luke came bolting in the back door. “Mom! Dad! Come see our skate park! Jacob is getting ready to go.”

We bundled into our jackets and snow boots and went to the back porch to look down on the new “park.” Honestly, it didn’t look like much. I couldn’t figure it out. They had piled up snow berms in odd places by shoveling off other areas, sometimes right to the brown grass. The yard looked a little sick with all of its mounds and brown patches. On the two edges of the yard were our two oldest sons. One stood on a mountain of snow backed up to the fence (though higher than the fence), ready for take-off. I tried to figure out the path he would take.

Fred just nodded and patted my back. “He should be fine. I’m a little more concerned why Jacob just climbed on top of the shed.”

I whipped my head around and witnessed Jacob getting his angle “just right” to launch off the shed roof to a mountain of snow on top of a board laid across the trampoline frame which should take him to another mound similar to the one Luke had climbed by the fence. From there, each had a picnic table (of sorts) also covered in snow to allow a jump at the end. This was definitely not the park I had envisioned. This was an obstacle death course!

Before I could come up with vocabulary to stop the atrocity about to happen, someone did a countdown and my boys were in motion. I stood completely frozen and it had nothing to do with the temperature. Little people wrapped in brightly-colored snowsuits all frosted over from their labor of love filled the yard at the base of our back deck and cheered the boys on. My head began going back and forth at a rapid pace trying to watch each of the boys on opposite sides of a large yard. Fred and I looked like we were watching a tennis match in fast motion. Then the cheers began. Both participants had nailed their run. My heart may never again have a regular rhythm, but they nailed their run.

I stood looking like a deaf mute…nodding and nodding. How do I tell them to stop this madness and remain the cool mom? My eyes sought out Fred to save me. His eyes were dancing and he was actually smiling! “They’re fine. I’ll talk to them about some modifications.” My heart began to return to its normal size and rate. Fred would fix this. Then, “Hey Dad. Can we set it up to go off the house roof instead?” NOOOOOOOO……!!!!

Fred never missed a beat. “That would be a lot of fun except the skates would possibly damage the shingles.” Brilliant. I love that man!

He continued, “I think we can set up a double jump off that shed take-off, though.” I take it back. I don’t even like that man!

How does one woman go from hearing, “You can’t have any more children” to making the statement “About one hundred kids call me Mom”? Author D’Ette Owen did so.

In The Making of Momma Dee, Owen shares the story of her family’s adventures moving cross-country to Alaska, with their three wild boys in tow. She also describes how she and her husband gathered a gaggle of other kids, their “collectible children,” along the way, raising them with the wide range of parenting skills that such a diverse group required and gaining her the nickname Momma Dee. Exploding toilets, joining frequent-flyer programs at emergency rooms, establishing a demilitarized zone for the neighborhood, delivering babies, and launching children off the roof are just some of the events she recounts over their lives together. Throughout it all, Momma Dee’s mission is to survive her rambunctious family and find her own purpose.

This memoir offers a collection of personal narratives detailing the life of one woman and the family she and her husband build around their sons and various other children.

D’Ette (pronounced “Dee-ett”) Owen is just an ordinary woman serving an extraordinary God, who bestowed on her an exceptional sense of humor. She spent years of amusing audiences of all ages through using her family recollections to enhance her teaching for classes and seminars. She lives in Alaska with her husband, Fred, and enjoys the next generation of stories being created by her grandchildren.