What the Gospels Really Teach About the Birth of Jesus 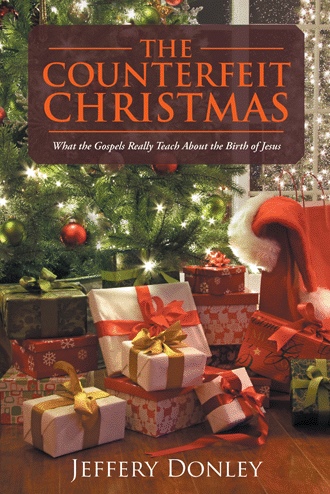 It all began in 6-5 BC, during the mighty Roman Empire, with a Jewish young woman named Mary and a Jewish man named Joseph. We know nothing about Mary except for what is recorded in the Bible. Names in the ancient world were very significant. Generally a person's name was connected with some circumstance of that person's birth. It could carry a spiritual significance, could play a part in the order of a birth, or could be from personal characteristics. Do you know what Mary's name means? Her name, Mary, means "excellence" (translated in Hebrew, it's Miriam). We are going to learn that her name was fitting because Mary was indeed a woman of excellence! We know that Mary was a Jewess of the tribe of Judah, descended from King David. She grew up as a small-town girl from a small obscure and insignificant Galilean village of Nazareth. And, she was a poor, hardworking, and righteous young woman. She was not royalty. She was not a princess. She was not rich. She had never been a mother. She possessed no family inheritance. She had no "claim to fame" nor was she part of the social elite. Mary was just like many of us—an ordinary, hardworking, and Old Testament-believing person.

THE VIEW OF WOMEN IN THE ANCIENT WORLD

In the ancient world, women had very few rights if any at all. Back then, women were seen as "defective men" and were to keep their mouths shut, stay at home, and be used as breeding stock. Listen to what some of the famous ancient writers thought about women.

Euripides writes; "If only children could be got some other way without the female sex! If women didn't exist, human life would be rid of all its miseries."1

Demosthenes said: "We keep hetaerae [prostitutes] for the sake of pleasure, female slaves for our daily care and wives to give us legitimate children and to be the guardians of our households."2

Hipponax is quoted as saying: "There are two days on which a woman is most pleasing—when someone marries her and when he carries out her dead body."

The Greek Philosopher Aristotle said, "The woman is simply an inferior sort of man."3

Likewise, the Jewish religious leaders did not have a high opinion of women. What? That's right! Listen to what they said:

"Any evidence which a woman (gives) is not valid (to offer), also they are not valid to offer. This is equivalent to saying that one who is Rabbinically accounted a robber is qualified to give the same evidence as a woman."5

"Sooner let the words of the Law be burnt than delivered to women."6

"The world cannot exist without males and females—happy is he whose children are males, and woe to him whose children are females."7 In this kind of world, the Jewish religious leaders believed that God would never use a female to accomplish His purposes. But, God's ways were not their ways. This young woman named Mary was chosen for the most important role in human history.

AN HONORABLE AND CHASTE YOUNG WOMAN

Mary was pure, Godly, humble, obedient, and blessed. She was a person who knew her Hebrew Scriptures and lived and worshipped accordingly. She was a woman of faith who believed in and loved God. God chose to do an unprecedented and miraculous work in this chaste and faithful young woman. She was a person that I need to be like as a Christian.

Behold! Think about it! Mary was the only person to be with Jesus throughout his entire earthly life—from his birth until his ascension back into heaven. She gave birth to Jesus as her God and Savior, watched Him die as her God and Savior on a Roman cross (John 20:25-27), and was a part of the first Christians in the new church on the Day of Pentecost (Acts 1:14).

When we are introduced to Mary, the Bible tells us some very personal and intimate information about her. Mary was a "parthenos." The word "parthenos" is used to tell us that she was a "virgin." We all know what that means, don't we? It means the total absence of sexual contact, i.e., Mary was not a promiscuous woman. She was an honorable, chaste young woman who lacked any sexual experience.8 A TWELVE YEAR OLD WOMAN...WHAT Perhaps the most startling thing about Mary is that when she was engaged or betrothed to a man named Joseph, she was 12 years old.9 Yes, that's correct! You see, girls in the ancient world could cook, sew, and take care of a household by the age of five. And girls physically became women at puberty, around ten years of age.

Behold! Let me be delicate here. I raised two daughters. Menstruation (a period) is a major stage of puberty and usually begins around age twelve, but it can come as early as eight years of age. At that time, girls of antiquity were physically, emotionally, mentally, and spiritually women.

Now, it's true that in our modern twenty-first century, girls physically become women at puberty, at around 10-12 years old, but they are NOT emotionally, mentally, and spiritually women. Having raised two daughters, I would never have allowed them to marry at the age of twelve—or even dated for that matter! But the ancient world was so much different than our present modern time. Under Jewish law, girls became women at twelve and could get engaged to a man at that time. So, Mary got engaged to Joseph at the age of twelve. Now, wait a minute! Again, to me a twelve-year-old girl is just that—a little pre-teen kid. But, my twenty-first century mindset does not belong in the context of the ancient world.

Behold! On one occasion, the first Roman Emperor Caesar Augustus spoke against bachelorhood in an effort to stop fornication and adultery.10 Instead of marrying girls of marriageable age, men were rebelling by marrying female babies. Augustus then decreed that the minimum age for a girl to be engagement/betrothed was ten years old.

According to Matthew 1:18, we know that Mary was engaged/betrothed to a man named Joseph. We know that Joseph was a righteous believer in the Hebrew God, a loving and compassionate man, and just an exceptional person. Ladies, Joseph is the kind of guy that you would want to bring home to your parents! Joseph was a direct descendant of King David. He was a righteous man who kept the laws of Judaism. Like Mary, Joseph was from the small village of Nazareth.

Joseph was a carpenter by trade. Now when you hear the word "carpenter," what do you think about? When I hear the word carpenter, I think of someone working primarily with wood, building tables, chairs, etc. But, this is not what Joseph did. The Greek word used in the Bible in Matthew 13:55 to describe Joseph's occupation is "tekton." A tekton was a "builder" and a "stonemason," i.e., a man who worked with heavy stone. Yes, Joseph would have worked with wood and metal, but he primarily worked with stone. In order to be a stonemason, Joseph would have had to be a powerfully built and muscular man. Stone is quite heavy and if a man could not lift it, he needed to get a new job. It was Joseph who taught Jesus the art and skill of a carpenter (stonemason).

Behold! Isn't it interesting that the Hollywood movies about the life of Jesus always use actors who are thin and barely medium-sized to play the role of Jesus? Not so! As a carpenter (stonemason), Jesus would have been a powerfully built man. We must stop watching and listening to Hollywood!

Much has been said about the birth of Jesus. Come face to face with Mary and Joseph—as you've never seen them before. Let's unwrap the first Christmas as Jeffery Donley takes you back in time to witness Mary and Joseph's courtship. Stand with Mary before the mighty angelic messenger, Gabriel, as he announces that she will give birth to the Messiah. Hear Mary sing ten stanzas—yes, sing! Cry with Mary when Joseph cannot accept her but will privately divorce her. Shout with joy with Mary when Joseph comes to take her home. Walk with Mary and Joseph as you will feel every grueling step to Bethlehem.
A cold, damp, stinking, urine/feces-filled room.
A burial garment.
An animal feed trough.
Smell the place where Mary gave birth. Witness what Mary and Joseph used to swaddle baby Jesus. Look where they laid him. Be astonished at what Joseph became! Shiver with Mary as she holds baby Jesus in her arms and sings a lullaby to him. Hear an angelic army sing about the birth of Jesus to shepherds. Tremble in fear with Herod the Great as the Wise Men, the powerful Parthian Megistanes, gallop into Jerusalem. Wake up in the middle of the night and make a strategic trip to Egypt with Joseph, Mary, and Jesus. And rejoice when Joseph, Mary, and Jesus return to Israel.
After reading The Counterfeit Christmas, you'll understand the birth of Jesus in a whole new way. After reading this book, your life will not be the same!
I have enjoyed my reading and imagining with Jeffery Donley what this most magnificent event of our Lord's birth must have felt like to those who were involved in one of the most astounding events in the celestial and terrestrial world. Here is a narrative that will force moderns to pause and to reflect on the central event in history. Christmas will never remain the same for all who live the story of our Lord's birth once again in the way it is retold here. Jeffery's writing takes a story we all think is so well known it hardly bears repeating, yet Donley puts it so dramatically that it will never seem the same ever again. Interestingly enough, Dr. Donley quietly slips in some great archaeological, linguistic and historical studies that will excite even the average reader. I commend this text wholeheartedly to readers of all ages and abilities.
Dr. Walter C. Kaiser, Jr.
Biblical Scholar
President Emeritus
Gordon-Conwell Theological Seminary

"Jeffery Donley is a teacher, preacher, and Biblical scholar, with a storyteller's gift who brings God's Word to life! Jeffery has been a minister and full-time college professor since 1982. He helps you to understand the meaning of the Bible, making it seem as if you were experiencing it firsthand."