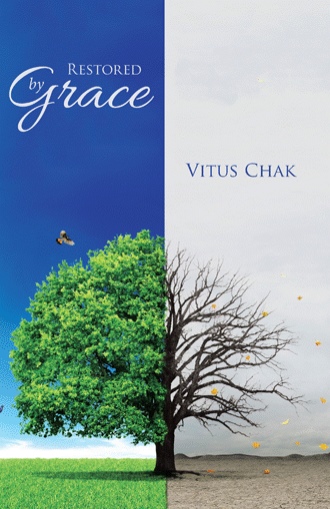 I don't see how God's purpose relates to probability.

The modern worldview assigns a probability to each occurrence prediction, which in effect manages our expectation of unobserved random events to reduce surprises. But an outcome is certain when it has happened and is observed, regardless of the probability associated with it.

The prediction probability of the outcome carries a different meaning after its occurrence. It suggests how good the prediction is as an explanation.

I see. Probability guides our expectation regarding an unobserved random event, and gives confidence on the explanation of what happened. And the observed outcome is a certainty. But still, how is God's purpose related?

The purpose of the all-powerful God ensures that the event he wills actually occurs. In a deterministic worldview, it would mostly involve miracles that suggest a suspension of natural laws. In the probabilistic view, God's intervention is simply the event's occurrence according to his purpose regardless of its prediction probability.

How then does this apply to the understanding of origins?

Stephen Hawking and Leonard Mlodinow coauthored The Grand Design, which is a popular book. The entire seventh chapter is about "The Apparent Miracle." We can readily see God's purpose as an explanation for that.

The authors say that the Earth can sustain life because it follows a nearly circular orbit around a single star, and we're lucky that the Earth is within the narrow habitable zone in our solar system, which is required for the right planetary temperatures for liquid water to exist, so life can develop.

The fact of our existence restricts the characteristics of environments that allow life, such as the presence of elements like carbon. From this anthropic principle, we can estimate that the big bang, which marked the birth of our universe, occurred between ten to twenty billion years ago. This has been confirmed.

In addition to this weak anthropic principle, there's a strong one that restricts the possible characteristics of our entire universe. The laws of nature form a system that's extremely fine-tuned, and very little can be altered without destroying the possibility of the development of life as we know it.

Hawking and Mlodinow conclude, "Our universe and its laws appear to have a design that both is tailor-made to support us and, if we are to exist, leaves little room for alteration. That is not easily explained, and raises the natural question of why it is that way." (The Grand Design, 207)

What's probable is not reality. Before a predicted outcome is observed, it remains only in our mental world of expectations. Our existence in this universe is a reality, and therefore a certainty that necessitates an explanation.

If we’re not confined to a naturalistic worldview, the purposed creation by the all-powerful God is a much better explanation for our existence than the random processes of cosmic evolution.

Restored by Grace' (www.restoredbygrace.life) is a short intellectual journey to answer two very important questions: What is the Good News? Are there good reasons to believe?

The journey comprises seven sessions of dialogue between two characters, Sitara and Nathan.

1. 'Hope, Certainty, and Purpose' is the beginning session of discussions on pain and suffering in life.

2. In 'Mental Tango,' the discussions continue on to truth and its relation to faith. The session includes empirical evidence for a reality beyond the physical, and a mind separate from the brain.

3. 'Primary Text' is a discourse on the reliability of the Gospels as ancient primary sources of historical facts in their eyewitness accounts.

4. 'The Historical Jesus' session focuses on Jesus as a historical person, and things about him, by considering both non-Christian historical writings and biblical narratives.

5. 'Beginnings' is a session of discussions covering various perspectives on origins, and implications of some essential and relevant facts from the book of Genesis.

6. 'Restored by Grace' centers around the crucifixion of Jesus and its meanings.

7. The journey ends with 'Regeneration,' which is about various essential aspects of Christian growth.

Vitus Chak is a writer residing in Hong Kong. He is recognized for his cogent writings. He enjoys discussions with others, both individually and in groups, especially regarding matters of life and faith.

His reading interest is diverse, which is also reflected in his studies. After his basic degree in Physics and Applied Mathematics, he obtained a postgraduate qualification in Education. In recent years he completed his Master degrees, first in Counseling, and later in Biblical Studies.

Vitus is married and has two daughters. Together they enjoy traveling and watching movies.