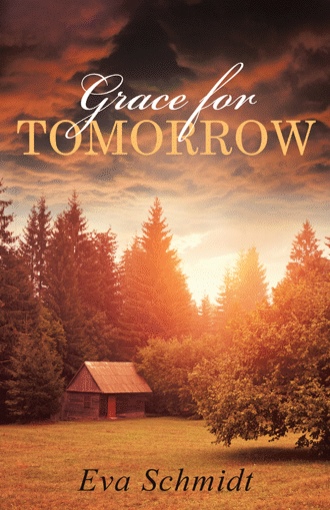 “I would rather stay home,” Mary responded. The weather was reasonable for late fall, so a group of friends were planning a wiener roast down by the river on Sunday—one last outing before the snow.

“You used to enjoy going out with your friends,” Mama said a little wistfully. “You can’t just mope around the house all the time. You need to have some fun. All your friends will be there.”

“Things just aren’t the same anymore.” Mary sighed. She felt sad and angry all the time. She went to school, but her heart wasn’t in it. She had passing marks, but she wasn’t excelling, as she had in the past.

“I know it’s difficult,” Mama said, wondering how she could get through to her daughter, “but you need to keep on living. Spending time with friends can help ease the pain.”

On Sunday morning, Mary went to church with her parents because Papa wouldn’t have it any other way. She sat in the backseat of the car with Benny, who was growing up fast. He had started school last month, and so far, he loved it.

When they got to church, Lena spotted her and rushed over excitedly with Martha and Sarah in tow.

“Henry said he would pick us up this afternoon for the wiener roast,” Lena said. She had a crush on Henry. She eyed Mary. “You are coming, right?” “Yeah, I’ll come,” Mary answered. The truth was that if she didn’t go with her friends, she was afraid Papa might drive her himself, and that would be embarrassing.

“You won’t be sorry. I promise!” Lena exclaimed, eyes sparkling. The girls walked into church and sat together in their usual pew. Mary didn’t bother to join in the singing, and she had gotten good at tuning out the pastor. She couldn’t stand listening to all that Bible drivel. God was not a God of love, as they said; he was a God of disappointment and heartache.

Francis pulled her coat tighter around her as she closed the restaurant door. According to the calendar, spring had arrived, but the wind still cut through her coat. The once-beautiful snowbanks had shrunk in the springtime sun, leaving them gray and moldy.

Her stomach growled. She hoped Mike had fixed lunch.

When did he start changing? she asked herself, dodging puddles and people on the sidewalk. Her mind retraced the months once again, as it often did lately, and as with every other time, she came to the same conclusion: When Chantel was born. Actually, probably even before that. When we found out I was pregnant. That was when he’d first started stressing about their finances. However, it was after the baby was born that he’d really started changing. At first, she’d thought it was because Chantel was a fussy baby.

He used to be ambitious and optimistic, a fun person. Now he’s sullen and depressed, his time at home spent mostly staring at the TV screen. Francis’s heart ached, and she bit her lower lip as last night came to mind.

Growing up as a middle child in a happy Mennonite home, Mary enjoys good friends, excels in school, and has a growing interest in her brother’s best friend. Then tragedy strikes! Mary’s faith in God is shattered as she questions everything she always believed to be true—God, family, and friends. Wading through a mountain of hurts and disappointments, she struggles to find purpose in her life. Anxious and alone, Mary is forced to decide between good and evil, between life and death. Francis is a young mother of two who works the early shift as a waitress at the local diner. Weighed down by financial struggles, her husband, Mike, turns to alcohol, abuse, and infidelity. After an exceptionally violent attack, Francis wakes up to find Mike is gone. How will she raise her children by herself? God can help if they will let him . . . but will they?

Eva and her husband live on a grain farm within a large Mennonite community in Alberta, Canada. They have four grown children and eight grandchildren. Since her retirement from a career in municipal government, Eva is actively pursuing her lifelong dream of writing Christian fiction.