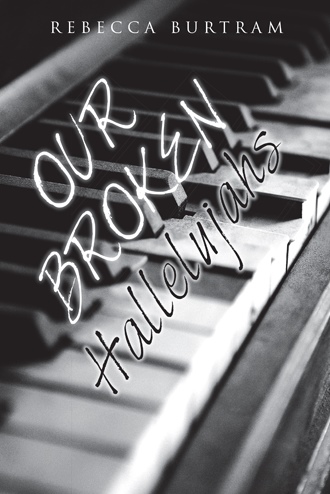 ……………... Less than a week later I sat on a couch in my aunt’s home in a state of shock and grief as an officer confirmed the causes of death for my cousin and her baby: Jalit had taken in more sugar than her body could process due to gestational diabetes, and without Jalit, Harley was alone. There was no one there to hold her, no one there to change her diaper, and no one there to feed her. My aunt wept in a ball on her floor crying out all the “if onlys”: if only she had realized something was wrong, if only she had stopped by or called, if only someone had heard the hungry cries of Harley…. I told you- life is hard. It is really, really hard. Remember seeing me cry in the back of the classroom? Now you know some of it. Unfortunately, this is just one piece of the story leading up to a broken faith. Even now, tears sting my eyes and refuse to be confined. My heart breaks again and again when I crack the door to my past open to view what has been. There is more behind that door. Eventually I will show you, but I have to pace myself to stay intact. At Jalit and Harley’s funeral, two of Jalit’s siblings led worship. One of the songs they sang was “How He Loves” by David Crowder Band. Over ten years earlier this same family had unexpectedly lost their father, my Uncle Nate, to head trauma that occurred while playing basketball. In the midst of pain and heartbreak that seems to be on replay in our family, they sang of God’s love without any indication of doubt. They were singing: If his grace is an ocean, we're all sinking. And Heaven meets earth like an unforeseen kiss, And my heart turns violently inside of my chest, I don't have time to maintain these regrets, When I think about the way... He loves us, Oh, how He loves us, I didn’t know how they could do it. Instead of feeling like I was sinking into God’s grace, I felt like I was drowning in doubt and sorrow. Five months earlier I’d experienced my first miscarriage, and I was still wrestling with the pain of a lost child as we stood in the same sanctuary as we had for a funeral only a week prior. We had come together, like so many times before, to mourn tragic and senseless loss. I stood there singing words I desperately wanted to be true. I wanted to believe that God loves us so. After that funeral, every time I stood in a sanctuary singing “How He Loves,” I would begin to feel the ache of empty inside. I could not sing without feeling overcome with sorrow and separation. My heart was torn. I deeply believed in God; I just couldn’t believe in that kind of love from him, no matter how much I wanted it to be true. Then, ever so slowly, God changed something: me. My story involves sexual abuse, the deaths of many family members, miscarriages, and a failing marriage. My faith was broken by the unspeakable acts of others, the difficulties of life, and the mistakes I made as I struggled to cope. However, over time, the prayer I had written in my Bible was answered, and I was able to believe God’s love was for me. Now I sing “How He Loves” in worship instead of longing. Despite all the pain in my heart, I have been able to find a hallelujah because the empty ache has been filled with an understanding of God’s love for me personally. It is my prayer that my story will open your story, and that you, too, will find your hallelujah. I wrote this for you.

Have you ever stood in a worship service and found it hard to sing about God’s love because you felt disconnected by the circumstances of living? Many of us know all the right answers about God’s love and his authority, but we find it difficult to see it applied in a practical way in our lives because we are broken by the acts of others, traumas of sickness and loss, or our own failures.

Our Broken Hallelujahs is a poetic and beautiful look at how God’s love reaches into the brokenness of your life to empower you. Rebecca shares her personal story, biblical examples, and the stories of how others have found a hallelujah in the broken places of life. Her prayer is that this study will help you to find a voice to sing your own hallelujah.

Rebecca is a lover of God, a wife, a mother to three, an avid runner, a chai tea drinker, and a recovering perfectionist. She has found great joy in owning her flaws and learning to rely on God and his great grace.

In her professional life, Rebecca has had the honor of working with middle and high school students for over twelve years. She graduated with top honors from Evangel University in Springfield, MO with a BA in Spanish Education and English. She also holds an MA in English from the State University of New York at Cortland. Rebecca has been published in educational journals, presented at various forums, and received local and national recognition in the educational field. Presently, she teaches English at Albemarle High School.

One of Rebecca’s greatest passions is the ministry she and her husband are developing as the planting pastors of Redemption Church Charlottesville, an Assemblies of God church located in Central Virginia. They have a heart to see people connect to God’s redeeming power through community, authenticity, generosity, and grace.

Rebecca enjoys ministering in small groups, at women’s events, and for full congregations. Her dream is to make writing and speaking her full time career. Currently, she blogs at rebecaburtram.com, contributes to tworiversblog.com, and is the editor for the Church Multiplication Network’s CMN Wives Blog.