Jesus the Jew, Christ the King 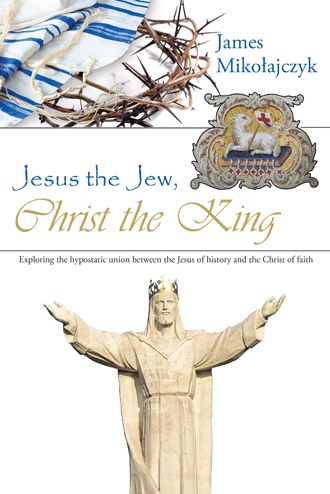 The story of ethnic Israel began with Jacob, the grandson of Abraham and the father of the Hebrews. Unlike his brother Esau, who took his birthright status with God for granted, Jacob had to strive for his from early in life (Gen. 25). For this reason, God named him Israel, the one who toils for God and persists to the end. Another shade of meaning for Israel is “God persists.” (Those who seek him join in his communal nature.) When God promised Abraham that his lineage would produce a multitude of nations, he said they would all glorify him with the same faith the patriarch maintained. This oath did not include just the twelve tribes of Jacob but also the inheritance of his father Isaac and his uncle Ishmael (Gen. 17). God elevated the Hebrew people, the hereditary descendants of Jacob, among the nations of the earth to establish an archetypal community. However, by no means did God exclude the citizens of other nations (Gentiles) from his covenant. Rather, he always intended to include them provided they affirmed his covenant.

In the first century AD, God incarnated as Jesus of Nazareth so he could realize his promise for all humankind by establishing a new kingdom. No longer would he relate to the world in terms of circumcision (Jews) and uncircumcision (Gentiles) but as a reconciled community no longer bound by mandates and rules (Eph. 2:11–16). As the Holy One of Israel, the foretold Messiah of the Hebrew prophets, Jesus was the exemplary Jew of all Jews, the Rabbi of all rabbis, the Lord of all lords, the King of all kings, and the Human Being of all human beings.

Jesus the Jew, Christ the King unites biblical scholarship with established theology. Oftentimes, scholars distinguish between the “historical Jesus” and the “Christ of faith,” suggesting that Christian belief has elevated Jesus of Nazareth from the common life of an itinerant Jewish rabbi to a divine figure akin to the heroes of Greco-Roman culture. James Mikołajczyk evaluates both the “historical Jesus” and the “Christ of faith” separately before uniting the concepts for academics and believers alike. The definition of Israel connects to this harmony, although many theologians apply it exclusively to the church or to the Jewish people. In keeping with Christian tradition, Mikołajczyk affirms Jesus as the only begotten Son of God and, moreover, the fulfillment of scriptural Israel.