Volume 1: The Unity of Truth in God 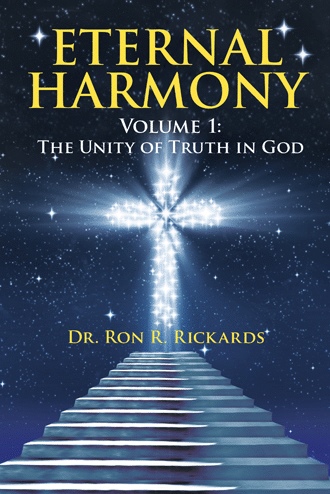 3.1.1. Breaking the Codes of the Illusionists

In the 1990s there was a series of television specials called Breaking the Magician’s Code: Magic’s Biggest Secrets Finally Revealed that starred “The Masked Magician,” who revealed the secrets behind an assortment of amazing magic tricks and illusions. While other magicians were not at all thrilled to see the tricks of the trade being given away so cavalierly, the television audience, including yours truly, found the performances and explanations of the magic tricks and illusions to be both captivatingly entertaining and refreshingly educational. The Masked Magician has since revealed himself to be Val Valentino.

What a non-magician learns quickly while watching shows like Breaking the Magician’s Code is that it really takes another magician to give away the most convincing tricks of magic. Fortunately for magicians well-trained in the art of illusion, it is all too easy for non-magicians, like me, to be totally fooled. Similarly, it really takes another physicist to give away the most convincing pseudoscientific tricks of scientistic physicists. Otherwise, unfortunately, it is all too easy for nonscientists, scientistic scientists, and even unsuspecting religious scientists to be totally fooled.

In the final analysis, all illusions—magical and pseudoscientific illusions alike—must ultimately be performed within the fixed constraints of reality. Since reality always remains primary, it is always possible (if even not in practice, at least in principle) to “break the codes,” as it were, of the illusionists. Once the blessed “Aha!” moments are reached, the gig is up, and the illusions lose all of their original impact. When the entertainment ends, the education begins; the illusions fade away into nothingness, and reality once again proclaims its total reign. The illusions may remain somewhat interesting and amusing, but they are forevermore fatally diminished in stature, never to be confused or confounded with the ruling primacy of reality ever again.

Toward this same end, in this chapter I will continue to expose and uproot the key pseudoscientific scientistic tricks of A Universe from Nothing that hide stealthily beneath its scientific shell, like candy-covered poison. It shall be demonstrated that, when people are spiritually blind, it distorts their worldview in a way that is inevitably detrimental to science as well as religion, because it is ultimately detrimental to genuine truth-seeking in the unity of truth in God. The analysis will be technically accurate for the scientists without being technically overwhelming to the nonscientists.

3.1.2. Breaking the Codes of “A Universe from Nothing”

• A skilled magician uses smoke to selectively block our vision from receiving the whole truth, and thereby effectively replaces the whole truth with a partial truth.

• A skilled magician also uses mirrors to selectively deflect our vision away from receiving the whole truth, and, once again, thereby effectively replaces the whole truth with a partial truth.

Through smoke and mirrors (amongst other clever devices) magicians create convincing illusions. The smoke is used to lie; the mirrors are used to deceive. Moreover, inasmuch as a partial truth is mistaken for the whole truth, it just as soon becomes a total lie.

When we go to see a magic show, we, the audience, are actually paying the magician to lie to and deceive us! One might also argue that when we, the tax payers, elect a politician to office, we are also paying the politician to lie to and deceive us. In the latter case, of course, I am just jesting (?). I am jesting, however, to make a larger, crucial point: While we are greatly amused and entertained by smoke-and-mirror magicians, we are greatly concerned and outraged by smoke-and-mirror politicians. Both reactions, however seemingly incongruent, are actually utterly consistent and proper. For, while we are only investing the magician with the entertainment of our loved ones and ourselves, we are investing the politician with the very well-being of our world, our nation, our loved ones, and ourselves. Because the magician and the politician have entirely different duties and responsibilities toward the public, we therefore quite reasonably expect them to think and act accordingly.

Similarly, as I read A Universe from Nothing, I see two distinct versions of Lawrence Krauss: There is Krauss-the-scientist, who writes about some fascinating modern science; and there is also Krauss-the-illusionist, who peddles in a lot of anti-theistic pseudoscience, with the aid of a cunning assortment of carefully positioned smoke and mirrors. Accordingly, inasmuch as one does not read A Universe from Nothing with both physical and spiritual eyes, one is thereby likely to be, if you may pardon the pun, double-Kraussed. I am amused, entertained, and sometimes educated by Krauss-the-scientist. But I am also duly concerned and outraged by Krauss-the-illusionist, because Krauss-the-illusionist is carelessly misleading millions of largely unsuspecting people into an anti-theistic pseudoscientific pit, while treating the most serious matters of eternal life and eternal death with way too much mindless mockery and Godless irreverence.

I am not at all insinuating that Krauss is intentionally double-crossing his readers. Rather, as Richard Feynman often said, and as Krauss himself is fond of repeating and readily admits, “the easiest person to fool is yourself” (Krauss 2012, p. 313). Not surprisingly, however, the Bible says it even better, while answering decisively the question that most logically follows:

The heart is deceitful above all things and beyond cure.

Who can understand it?

“I the LORD search the heart and examine the mind, to reward a man according to his conduct, according to what his deeds deserve.” (Jer 17:9–10)

The first of the four-volume Eternal Harmony series, The Unity of Truth in God demonstrates decisively the powerful convergence of God-made religion and genuine science as well as faith and reason in the unity of truth in the one, true, triune God of the Holy Bible. The Tower of Modern Scientism is concurrently demolished so that not one scientistic stone is left standing upon another. Can the truths of modern science and God-made religion be brought into Eternal Harmony? Most definitely! Are human life and the cosmos meaningful and purposeful? Yes! Can you personally inherit eternal life in the new heavens and the new earth and be with God Himself? Absolutely!

Join physicist Dr. Ron R. Rickards on a sacred journey up the Mountain of Truth, which begins on common scientific and religious ground and ends with the most exalted truths of modern science and God-made religion coexisting peacefully in Eternal Harmony.

By incorporating the lyric sheets to a dozen original songs, The Unity of Truth in God engages the reader as all human beings truly deserve to be engaged: in the fullness of our humanity—that is, in heart, soul, and mind. The soundtrack is available through Amazon, iTunes and other popular outlets.

Dr. Ron R. Rickards is a physicist, a musician, and the founder/president of Eternal Harmony Music and Literature, a Christ-centered, science-based ministry. Eternal Harmony Music and Literature aims to foster a harmonious interrelationship between religion and science as well as reason and faith through original Christ-centered music and literature.