A Study Guide as Events Occurred in Time 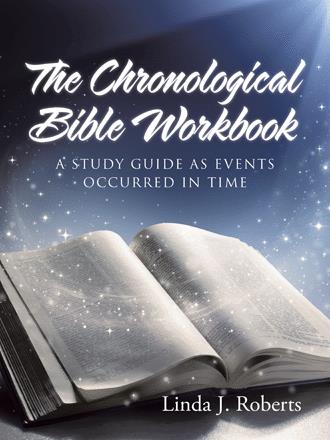 *As you read this section look for evidence of God’s amazing love and proof that He always keeps His promises. Also, be able to explain God’s new covenant, which provides for the salvation of all people through God’s Son, Jesus.

A NEW COVENANT THROUGH CHRIST: THE BEGINNING OF THE GOSPEL MESSAGE (5 BC-30 AD)

What momentous event was about to occur?

When was this event planned?

What was so unique about this event?

What four books of the Bible tell the story of Jesus?

Who did Mark say Jesus was?

How did John describe Jesus?

How did John describe himself?

How did Luke describe himself?

How did Matthew’s account of the life of Jesus begin?

How many generations were there from Abraham to David, from David to the exile and from the exile to Christ’s birth?

How did Luke trace the genealogy of Jesus?

Make a list of the common ancestors found in these two genealogies.

Explain the significance of both genealogies tracing back through King David.

(Go to https://theologue.wordpress.com/2014/04/30/zaine-ridling-bible-atlas-e-book/. Use map 102, “The Division of Herod’s Kingdom,” to identify the Roman kings who were in power during this time and to locate their kingdoms.)

(Go to www.wikipedia.org/wiki/Herod_the_Great#Family_trees/. Scroll down through the article and click on # 9, Family Trees in the content box. Use this diagram to learn about the house of Herod.)

Palestine was divided into five provinces. Name them.

In which province were the cities of Jerusalem and Bethlehem?

In which province was the city of Nazareth?

Who was the King of Judea at this time?

Who was a priest during this time?

What was his wife’s name?

What problem did he and his wife have?

What message did the angel of the Lord bring to this priest?

How was this future son described?

What was the angel of the Lord’s name?

What price did the priest pay for his disbelief?

What happened during the sixth month of Elizabeth’s pregnancy?

What was the angel’s message this time?

Discuss Mary’s role as the teenage mother of God in the flesh, the Savior of the World.

Who did Mary go to see?

Describe the reaction of Elizabeth’s unborn child when he heard Mary’s greeting.

How long did Mary stay?

What happened on the eighth day after Elizabeth gave birth?

What happened when Zechariah wrote down the name of his newborn son?

What did Zechariah prophesy about his newborn son’s future?

Where did John live?

What was Joseph’s reaction when he heard Mary was pregnant?

Discuss the role of Joseph as foster father to God’s Only Son.

What decree was issued by Caesar Augustus?

Where did Joseph and Mary go? Why?

Describe the setting for this miraculous event.

Discuss the significance of this site for such a momentous event.

Why was the child born here?

What happened to terrify the nearby shepherds?

What did the shepherds do?

What happened on the eighth day after Mary gave birth?

What did Joseph and Mary do with Jesus as an act of obedience to the Law of Moses?

How did Simeon react when the baby Jesus arrived?

Who else was at the temple that day?

What was her reaction to the arrival of the baby Jesus?

Who came from the east to Jerusalem seeking the “newborn king”?

How did these men know where to go to find this king?

How did King Herod react when he heard who these men wanted to find?

How did King Herod know where to look for Jesus?

How did King Herod try to use the magi?

When the magi found Jesus, what gifts did they present to Him?

Why didn’t the magi report back to King Herod?

How did King Herod respond when he realized the magi had outwitted him?

How did Joseph know it was safe to return to Israel?

Who was the current king of Judea?

Where did the family go to live?

Why did the family travel to Jerusalem each year?

When Jesus was twelve years old, what happened on this trip?

How long was Jesus missing?

When He was found, what was Jesus doing?

Describe the reaction of His parents’ when they found Jesus.

How did Jesus respond?

What was the family trade?

Who was the reigning Caesar at this time?

Who was the governor of Judea?

Who was the tetrarch of Galilee?

Why is mention made of the political leaders during this time in history?

Who were the high priests?

Who was preaching in the area around the Jordan River?

What was his message?

What advice did he have for Jews, tax collectors and soldiers?

What “good news” did this man preach?

Who came to John to be baptized? Why?

What happened when Jesus came up out of the water?

How old was Jesus when He began His ministry? 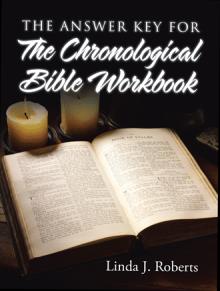 This workbook is designed to lead you on a journey through God’s Word as events occurred in time. Your trip begins at God’s creation of the world and ends with His revelation to John. Links to photos and maps are provided to help you navigate your trip with God as He creates the world and establishes His relationship with mankind. Experience the ups and downs of His relationship with the Israelite nation culminating in her division, fall and exile. See how God restores Israel and extends His covenant to all people through the birth, death and resurrection of His Son, Jesus. Learn how early Christians and Christ’s apostles were persecuted, but still successfully spread the gospel message. Travel with Paul on his missionary journeys and study his letters to churches and individuals exhorting and encouraging them to keep the faith. Share in the messages of other letters written by James, Jude, Peter, the Hebrew writer and John. Finish your journey with God’s revelation about Christ’s return and discover what will happen when time comes to an end. From creation to Christ’s second coming, this study will allow God to reveal His Word to your open heart and mind in a way like no other.

A trained teacher with an advanced degree in Education, Linda has more than 35 years of classroom experience. Over the years, she has developed coursework for a number of classes from the university level to the pre-school stage. In one of her most recent classes, she taught F. LaGard Smith’s Daily Bible In Chronological Order, New International Version, Harvest House, 1984. As she prepared this particular class, she was struck by the fact that the Bible, the greatest book ever written, is usually taught topically, jumping from basic Bible stories to the life of Jesus to instruction on Christian principles, and not cover to cover like a regular textbook. Her degree in education, her background in curriculum development and her teaching experience told her no instructor approaches a classroom textbook in this manner. Class always begins at the beginning of the book where important information establishes a strong foundation of basic concepts and ends at the end of the book where all facts and ideas come together to provide a deeper understanding of the material. Linda decided to use this same approach to help individuals who want to study the Bible from cover to cover. Her Chronological Bible Workbook will direct your study, which begins in Genesis at the beginning of time. As you study, you will travel through events as they occurred. This approach will help you develop a stronger foundation of biblical knowledge leading to a deeper understanding of God’s Word. Your study will end in God’s Revelation to John at the end of time. Linda believes a cover to cover study of the Bible will allow God to reveal His Word to you in a way like no other