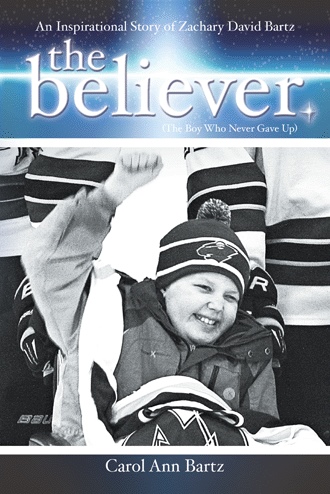 "I need you to get to Amplatz Children's Hospital. Do you remember how to get there? Remember, the children's hospital moved over to the west bank?

"I'll call ahead to the ER to let them know you are bringing Zachary, give them the details and make sure they have the MRI ready to go," Dr. Moertel urgently informed. "How soon do you think you'll be there?"

I had to throw a bag together for myself and Zac. I was frantically packing when Nathan walked in a bit anxious.

"We can stay here with the girls," Shelley offered.

"We can get them settled and bring them wherever they need to be tomorrow. Just let us know what you want us to do," Lynne reassured.

I was crying out of fear. It felt comforting to know I had such good friends to just read my mind and come over and willingly take care of my kids and goddaughter.

Nathan went downstairs to get Zac and carried him up in his arms. He was getting worse. The fifty minutes drive in the rain to the hospital felt like it took hours. I looked into the backseat and Zachary was lying there quietly. I wanted Nathan to drive faster for fear Zac would have a full-blown stroke at any minute.

Just like Dr. Moertel said, the ER team was waiting for Zachary. I stayed close without getting in the way as they hooked Zac up to all the machines. I was glad that I remembered to put the emla numbing cream on Zac's port before we left. It would be one less painful thing for him to worry about when they would start the IV.

The doctors came in and did their neurologic exam on him. The head ER doctor, Dr. Gage, talked about unequal hand-grasps, facial droop and right-sided paralysis. I knew all of thoses were indicators of a stroke. Zac's blood pressure was also incredibly high at 146/94. I couldn't believe we were here, in this situation. I was glad I listened to my gut and called the pediatric oncology fellow when I did. My only regret was that I hadn't called sooner.

Before Zachary was taken for the MRI, they wanted to give him a medicine to lower his blood pressure. They didn't want him having a major stroke when he was in the scanner.

"It's going to be okay, baby." I told Zachary as I ran my fingers through his hair. "They are going to find out what's going on and fix you up."

Zac didn't say anything. He just held my hand.

Nathan and I walked quickly with Zachary as the nurse pushed him down the long dim hallway towards the MRI scanner. It was midnight and the hospital was quieting down. We walked in silence as fear began to overshadow us. There was no fighting it anymore. I knew something was really wrong. I just didn't know what they would find. I tried not to jump to that moment. I kept my focus on keeping Zac clam and feeling safe.

I kept whispering in his ear as I leaned over the metal gurney railing as we walked, "Hang in there, baby. I'm right here. I'm not going anywhere."

"Me either, best buddy." Nathan reassured.

Unlike all the other MRI's, I was not able to go into the room with Zac. I was upset that I had to stay back, but I knew Nathan needed me too. I didn't think he understood fully what was going on, but he knew it was bad.

Nathan never stopped pacing the forty-five minutes that the MRI took. I was up and down not knowing what to do with myself. When the MRI was over, Zachary was wheeled back into his glass door cubicle. He looked content, but tired.

"Do they know anything yet?" Zac asked trying to conceal his uneasiness.

"Not yet, but hopefully soon." I was anxious to know, yet didn't want to know.

After about twenty or thirty minutes a resident doctor called me out of Zac's room. Nathan was getting a cup of water. "How do you want us to present the news?" She blandly asked me.

I felt a wave of terror wash through me. I immediately picked up on her casual, yet puzzling question. My eyes widened and my heart pounded frantically through my chest. I knew something was wrong. "It's not good, is it?"

For Carol Ann, life was almost perfect until she began to suspect something wasn’t quite right with her youngest son, Zachary, who was just two years old. Call it mother’s intuition or maybe it was the knowledge of being a nurse that lead her on a frustrating search to find the answers to what she feared the most. Her nightmare turned into reality, and Zachary was diagnosed with neurofibromatosis. When the disorder manifested into a fight for Zachary’s life, Carol Ann and her husband, Nathan, struggled to find a cure in time.

Despite overcoming many odds, without medical explanation, Zachary became an inspiration beyond belief as he strengthened the faith of a community and far beyond. It wasn’t until Carol Ann and Nathan were forced to make the ultimate decision that they would come to realize the extent of what Zachary was capable of accomplishing despite his incredible suffering while teaching thousands a valuable lesson in the meaning of life.

Carol Ann continues to fundraise in efforts of one day getting closer to finding a cure for neurofibromatosis and cancer.