The Country Road through the Book of Matthew 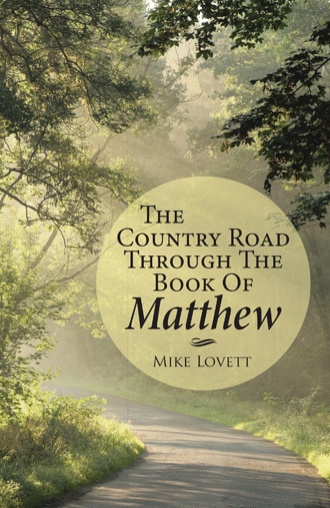 About that time some wise men from eastern lands arrived in Jerusalem, asking, “Where is the newborn king of the Jews? We saw his star as it rose, and we have come to worship him. Matthew 2:1, 2 (NLT)

The wise men were scholars, from the area surrounding Babylon, who had grown up studying the writings of Daniel, the Old Testament prophet that had lived there in exile. They had devoted their lives to finding the Messiah and so when the time was right and the prophecies were coming true they were able to recognize it and were ready to move to see the new King. On the other hand, Herod and the people of Jerusalem were not even looking for the Messiah. Aside from a devoted few, they were too busy with daily life. As heirs of the promise, they knew the Messiah would come one day but they expected Him to show up with fanfare and self-proclamation so they missed His arrival completely. The same can be true for us if we are not careful. Most of us know of Jesus. Even if we have never been in a church we have heard of who He claimed to be and what He did on earth. But the only way we will know Jesus is if we seek Him with our whole heart. If we chase after Him as the wise men did by reading the scriptures and spending time in prayer, He will reveal Himself to us. But if, as the people of Jerusalem, we choose to go about our daily life and hope that He will show up and announce Himself, we will miss the greatest gift of all. So let's take up the chase with all we have. The effort may be more than we can stand at times, but the reward will be more than we can imagine.

Jesus called out to them, Come, follow me, and I will show you how to fish for people! Matthew 4:19 (NLT)

When Jesus went looking for disciples, He didn't go to the temple or to the synagogue. He wasn't searching for preachers or theologians or even educated men. He sought out ordinary people that He could teach and work through to start His church and spread the gospel throughout the earth. Fishermen, a tax collector, and guys just hanging out on the corner (or under a tree), were chosen to lead the original church. Why? Because God chooses to work through vessels in such a way that He receives the glory. Years after they were chosen, when the Holy Spirit came to live in them, they would begin to preach and teach and perform miracles. People would ask how men of their backgrounds could do such things and many would rightly conclude that only God could be responsible. As a result, many believed in the gospel of Jesus Christ and the church grew. Even today, God still looks for those who would follow Him. He looks for those ready to do His will so that He will receive the glory and that people will believe in His Son and what He did for them on the cross. He is not looking for degrees, or experience, or even stature, but open hearts. Has He found you on the lakeshore yet? My prayer is that if He hasn't yet, He soon will.

You are the salt of the earth. But what good is salt if it has lost its flavor? Matthew 5:13 (NLT)

Why do we salt our food? So we may change its flavor. Why do we turn on a light? So we may change the condition of a room. Why do we follow Christ in a visible way? So He may change those who see us. You do know that people, who watch true followers, are always changed, don’t you? Whether we see it or not, those that witness Christ in action through His disciples are forever changed. They see the gospel in action and have to decide what to do with the information they have received. Will they always make the right decision with this new information? Not always. But that doesn’t change the fact that they have received the witness of a believer. So keep shaking the salt, keep shining the light, and keep demonstrating Christ, in word and in deed. For just like salt that loses it flavor and light that is hidden, believers who do not share what they have lose their usefulness in the kingdom. We may all be called to witness in different manners, but we are called to witness. Let’s all find a way today to spice up someone else’s life with the gospel of Jesus Christ.

Born out of desire to do mission with people on social media, The Country Road through the Book of Matthew is a collection of short devotionals from “The Country Road” Facebook page that Mike Lovett authored and maintains. These daily devotionals were designed to take the reader methodically through the book of Matthew, challenging them to concentrate on small sections of Scripture in their study and prayer time. This book is not a theological treatise but rather a work of simple observations designed to spur the reader to deeper spiritual introspection. The Country Road through the Book of Matthew is just that, a road that travels through the entirety of Matthew with stops along the way where the reader can pause and explore on their own. Desiring to live out Paul’s admonition to Timothy that all Scripture is inspired by God and useful to us, Mike keeps the reader on the road in hopes that each day will bring new growth in their relationship with Christ as they read about His birth, life, ministry, death, and resurrection. The Country Road through the Book of Matthew is designed to engage the reader, not with the author of the book, but with the Author of life. So bring your Bible, and your pencil, and your desire to improve your relationship with Jesus as we prepare for our journey, out on the country road!

Mike Lovett is a certified lay speaker and worship leader in his local church. He enjoys leading Bible study and small group classes in the congregation as well as doing mission and ministry work outside the church walls. He strives to live his belief that we should do everything we can, with all God has given us, to reach everyone possible that God places in our path.