After the Wedding Came the Marriage

P.S. I Love And Forgive You 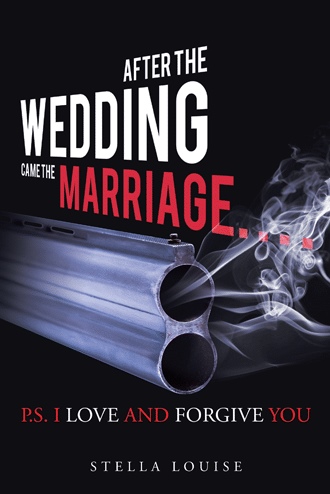 Of all days, this was a day that most people dreaded to face. After receiving an emergency phone call on her cell phone, April rushed to the hospital to learn the fate of her husband. It was Friday evening and April found herself in the middle of rush hour traffic when she received the emergency phone call. While on the way to the hospital, there had been an accident a few miles up ahead. A car ran into the back of a truck loaded with watermelons. The impact caused the melons to spilled out onto the freeway, which brought traffic to a snail’s pace. April’s mind switched into panic mode. Thinking to herself out loud. “Paul is in the hospital. Paul is in the hospital. Why?! Why would he be in the hospital?” Quickly, her mind tried to do a mental picture of a map of all the surface streets of the city that would give her the shortest and the quickest route to the hospital. When she passed the accident, she became even more panicky. Talking to herself was helping to calm her down. “You can do this, April. Just breathe and there is a good chance it is not serious.”

She took the first exit off the freeway, which allowed her mental GPS to take over. However, it did not allow her to know how many traffic lights and stops signs she would have to go through to get to her destination. Then she thought that maybe the freeway may have been better. At that time, she told herself, “Do not second guess yourself. I thought things like this only happened in the movies. God, this cannot be happening to me.” Each time she stopped at a traffic light it felt like an eternity. While she waited at each light, she fought the temptation to visualize different possibilities why her husband would be in the hospital. Each light seemed to last at least two minutes, but it felt like an hour before the light would change. When she finally got to the hospital, the next obstacle she would have to face before knowing why Paul was there, was now finding a place to park. “Oh, God, please help me find a parking place.” After spotting a family of four walking to their car, April followed them and waited for their parking space. Once the children were safely secured in their car seats, the family drove off leaving the parking space to become April’s.

She walked as fast as her feet could take her. Once inside, there was a large sign that gave directions to the emergency room, which she quickly followed. Once there, she learned a line was waiting in front of her to become its 10th person, just to wait for her turn to be helped. “Please Lord, how much longer will I have to wait. Please let Paul be all right. Just let him be alive. What am I saying, of course he is alive! I think I would have been told if he is dead. Just let him be all right and that there is nothing seriously wrong with him.” Finally it was her turn to receive help. The clerk looked at her and asked her how could she help her. Trying to keep her composure, she managed to say, “I am April Parker and I was told my husband, Paul Parker was brought here. Do you have any information on his condition and where he is?”

“I need to see your ID and I need you to fill out this form, when you have finished, return it to me.” April took the form and looked for a chair where she could sit to fill it out. As she surveyed the room for a chair there was one in the far corner waiting for her. As she walked to the chair, she softly said under her voice, “Thank You, Lord.” Once seated, she carefully looked over the form.

There were two things April disliked doing, filling out forms and getting gas. These were her pet peeves that exasperated her. She would rather pick weeds than fill out forms. Nevertheless, this was for Paul. After she had answered all the questions, she returned the form to the attending clerk. The clerk looked over the form and told April to take a seat and someone would be out to speak with her. Once again, she finds herself waiting, waiting for answers, but she remembered the message from her daily devotional reading that gave her comfort. God is the only one who has all the answers to her questions and He will not forsake her. She sat back in her chair, but getting comfortable was impossible, because she was too tense to do so, only focusing on God would not forsake her was helping her to relax. Before she realized it the ER nurse came over to April and informed her of Paul’s condition and what floor he was on.

“Mrs. Parker, I am Georgia, the ER Nurse. Your husband is in surgery….”

“Your husband is in surgery right now and will be transported to ICU once he is out of surgery. Apparently, your husband was shot.”

“Shot!! My husband has been shot! What do you mean shot? Shot with a gun? Why? Why would someone want to shoot Paul? 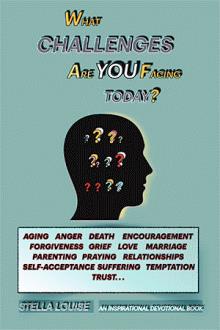 What Challenges Are You Facing For Today?
Stella Louise
$34.95 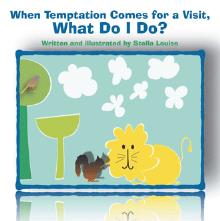 When Temptation Comes for a Visit, What Do I Do?
Stella Louise
$13.95

“This novel has a pronounced Christian theme but centers on notions, such as forgiveness, that are all-inclusive. Louise doesn’t focus on the mystery of who shot Paul, but still has fun by teasing plot twists. At its best, an engaging story of surviving tragedy with a universal, moral message.”


Because of mistaken identity, Edmond was severely beaten, shot, and left for dead. They left him with a loss of memory.


As he worked on regaining his identity and learning who tried to kill him and why, he meets and helps Denise who is struggling in her endeavors to forgive her deceased husband for his infidelity, and her grandmother for her adulterous affair. When Denise learns of her husband’s death, she also learns someone wanted to assassinate him. Two people who she loved dearly had betrayed her trust and it became difficult for her to trust again. The old adage, “Time heals all wounds,” did not apply to Denise’s life. Her wounds were not healing with time. There were times when she felt numb, paralyzed from a life of people whom she loved, but she felt that love in her life was a world filled with deception. While both Denise and Edmond worked through the challenges in their lives, they learned the truth about the attempt on Edmond’s life. The attempted assassination of Denise’s husband changed their lives forever.

Stella Louise is a first-time author. She and her husband, Wendell, have been married for over forty years and make their home in Highland, California. They have two adult children, Dalila Numa and Adrian, and one granddaughter, Chy-Anne. She is a graduate of California State University in San Bernardino, with a BA in sociology. She has been a freelance interpreter for the deaf and an instructor of American Sign Language for the San Bernardino Adult School. She also has been a counselor while volunteering as an interpreter for the deaf at Sunrise Church in Rialto, California.