Losing a Hero to Alzheimer's

The Story of Pearl 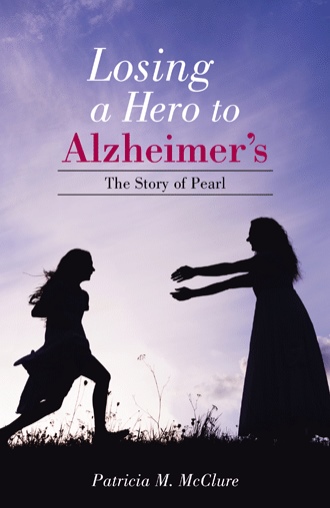 They watched television, shared meals, laughed, and talked together. Some evenings on Mom’s way home from downtown, she would pick up her brother’s favorite dinner. He also smoked a pipe, and Pearl would buy him different types of tobacco from tobacco shops downtown. On any given day when you walked in our home, the room smelled of cinnamon spice, apple, cherry or strawberry pipe tobacco. You could hear the sound of my uncle sucking on his pipe, and see the smoke blowing into the air.

My dad resented the fact that Pearl and her brother were so close. Sometimes Drew would get into the middle of Pearl and Jesse’s arguments and tell Jesse how he didn’t like the way he treated his “baby sis,” which is what he affectionately called Pearl. Drew would also tell women who called for Jesse not to call his sister’s house. He didn’t hold back in telling Jesse how disrespectful it was to have his women calling his baby sister’s house.

At times, I would be so nervous, thinking that my father was going to hurt Drew. He was in a wheelchair and really wasn’t in a position to defend himself. However, it was no secret that despite his handicap, Drew was incredibly strong. If Drew grabbed you, he was not letting you go. It’s ironic that whenever anyone needed a jar opened, they always went to Drew.

When I visited from college, I noticed my mother’s baseline appeared to be off . She was out of her character. My mom was normally strong, positive, and upbeat. But she was presenting as weak and hopeless. As much as I wanted to ignore it, I had to accept the fact that Pearl’s depression had spiraled out of control. In addition, Mom was starting to have problems with her memory. She would repeat herself over and over again. When anyone brought it to her attention, she became very defensive. But it was true. Notes were posted all around the house—on the refrigerator, on her bedroom mirror, in the dining room, and in the kitchen. After all, Mom had a lot on her plate, and it was hard for her to remember everything. She took care of her brother, whose needs were very demanding. And she was still there for all of my older siblings. Even with a troubled marriage, it was truly amazing to see how Mom held it all together for so long. My parents made it to my college campus on a few occasions. Initially, my mother helped to move me in the dorm. Pearl was such a proud mother. On a separate occasion, she came down for my sorority pinning ceremony along with my sister, Billie Jean. Mom visited once again, this time accompanied by my father for Parents’ Weekend. The Temptations were performing that weekend. My dad was happy because we had great seats. He was also proud because I was a member of the university student board. My parents stayed with me at my apartment, and I was so happy to host them for the weekend. My dad didn’t complain, and my mom was holding her own. Her memory was on point the entire weekend. It was a wonderful time, one that I will never forget.

In December of 1993, I called my mother to share with her how excited I was about my graduation ceremony. I anticipated my mom and dad coming down for the occasion. Instead Mom asked me, “Would you be upset if I didn’t attend your graduation?” Mom explained that she didn’t want to listen to my dad complain in the car about “any and everything.” She further added that she didn’t want to leave her brother Drew. Although I knew one of my siblings could look after Uncle Drew, I told her that I understood. I masked the hurt by pretending I was fine. But deep down inside, I was crushed. I ended the call, careful not to give into my emotions while still on the phone. When I hung up, I began to cry hysterically until I made myself sick. I eventually cried myself to sleep.

I knew from my mother’s reluctance to attend the ceremony that her mental condition had deteriorated. If she had all of her mental faculties, there was no way she would suggest missing my college graduation ceremony. I eventually informed my dad that Mom had said she wouldn’t be attending the graduation. He assured me that Mom would be there. It turned out that my mom did attend the graduation, but she was very quiet. I knew my mother was happy for me on the inside. I wondered if my mom had to endure my dad’s verbal abuse—ranting and raving with all his foolishness—during that two and a half hour car ride, and I felt sorry for her.

As I started educating myself about the stages of Alzheimer’s, it appeared my mom was in the early stages, possibly Stage 3—Mild Cognitive Decline. Mom no longer remembered people with whom she had previously interacted. It was obvious that during conversations, Pearl was lost. She tried to cover it up by smiling and nodding her head. I was embarrassed, but sucked it up. After all, this was my mother. My dad had always told me, “You should never be embarrassed of your parents.”

Mom called me several times per day indicating that she was hungry and that there was no food in the house. When I confronted Jesse, he told me that there was food in the house but Pearl was “too picky.” I attempted to explain to my dad that they have always had differences in their choice of foods, and he couldn’t expect her to eat various types of wild game, beans, and pork. He knew my mom had never been a fan of deer meat, squirrel, raccoon, or rabbit. There was no getting through to this man! It was “his way or the highway” as he would often proclaim. So I started buying my mom groceries that required no cooking and minimum preparation because she was no longer able to cook. She had previously left the stove burners on and pots unattended, which could have caused a fire. My father would remove the knobs on the stove when he would leave home to prevent Mom from turning on the stove.

My mother shared with me on several occasions that she was at home by herself. With her diagnosis of depression too, it was not a good idea for her to be left at home for long periods of time. Mom had my phone number ingrained in her mind. She had a hard time remembering other phone numbers, which is why she called me so frequently throughout the day. Sometimes she would forget that she had called me and would call again and have the same exact conversation. When she called, Mom complained about my dad taking fishing trips with his girlfriends and running the streets. Neighbors even started to call me to report they observed my mom standing in the hallway for long periods of time by herself. Her unannounced strolls through the neighborhood became more frequent and longer. I was very nervous thinking one day my mom wouldn’t find her way back home, or worse, she’d be killed. 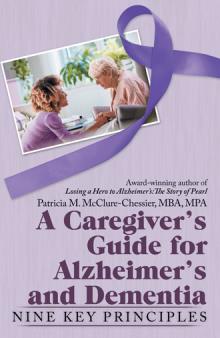 A Caregiver’s Guide for Alzheimer’s and Dementia
Patricia M McClure-Chessie
$11.95

This is a compelling story about the life of a caring woman, Pearl, who was the rock of her family and afflicted with Alzheimer’s. She was in a bad marriage for over thirty years and had a strong relationship with God. Pearl was the biological mother of four children but a mother to many others. Jesse, Pearl’s husband, was unfaithful and verbally and physical abusive throughout their entire marriage. Pearl also struggled with depression. Her husband conveniently remained in denial about her illness. That way he wouldn’t have to address his wife losing her independence. As Pearl progressed through the grueling stages of Alzheimer’s, she became more and more forgetful. She was forced to retire from her job and started to lose her social life. With the stress from her marriage that she masked for so many years and an unsafe living environment, Pearl’s condition took a turn for the worse. As the illness progressed, her body functions started to shut down. Patricia was forced to take action as other family members stood still, watching from the sidelines. When Patricia and Blake accepted Pearl into their home, it was the beginning of a divided family and an estranged relationship with her father, who was bitter and felt betrayed. Trish held on to God as she dealt with the stress from her family and her mother’s debilitating disease.

Losing a Hero to Alzheimer’s: The Story of Pearl is a story about Patricia’s mother going through the grueling stages of Alzheimer’s. It is Patricia’s hope that anyone who reads this book will be able to identify the stages of Alzheimer’s and develop a new perspective on how to respond to a loved one suffering from this illness. She is so grateful for the opportunity to be able to encourage someone who is on a journey of taking care of a loved one with Alzheimer’s.