The Kingdom of Arke 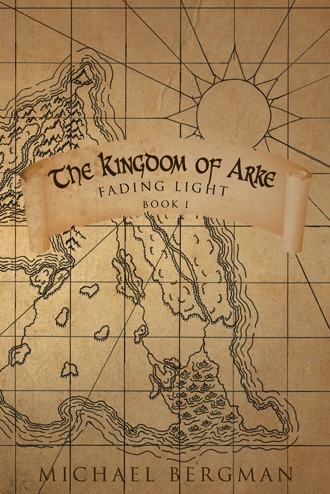 Climbing onto a rooftop, Ryker stood high above the streets of Tervan. Thick beads of sweat ran down his forehead from the climb. The roof stood high above the other buildings Ryker peered over the edge and searched the others nearby. When he had first seen it stating at him he was startled, when it followed him as he ran he began to grow afraid. After two hour of flying over the rooftops he was now terrified.

Wiping the sweat out of his eyes he combed back his hair and took in a deep breath from the night air. He had been running for close to an hour to escape from a shadowy pursuer. Whatever was chasing him was fast and knew how to maneuver up here with speed and skill. Whatever the thing that chased him was much faster than any of the Gaur he had run from in the past.

He didn’t get a good look at whoever was following him. The first and only thing he saw were red eyes. They looked down at him from another rooftop high above. They almost looked like they were glowing, like lanterns in the night. Then as if a shadow passed by they were gone. Chills ran across the back of his neck as fear of whatever that thing was came over him.

So he ran not knowing, or caring, what it was he ran and didn’t look back. Leaving the tall rooftop he continued to run over roofs and across gaps between the houses. He wasn’t completely convinced that the thing really was tailing him. Then he saw them, all of a sudden ahead of him higher up on another roof. The red eyes were swift to already be ahead and so high up. He quickly changed direction away from the figure watching him. Increasing his speed he leapt from one rooftop to another, desperate to flee from his frightening pursuer. 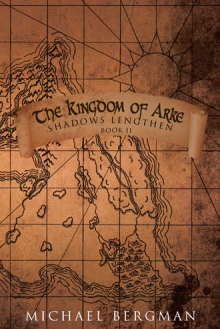 The Kingdom of Arke
Michael Bergman
$17.95

In the midst of a vast sea there lies an island. There a kingdom has forgotten and forsaken their king. Shadows lengthen over the island, threatening to consume it in absolute darkness. The fate of the kingdom resides in the actions of a boy who will go through many trials that could break him. Only he can shed the desperate light on The Kingdom of Arke.

Michael Bergman is a young, aspiring author from western Kentucky. He works full-time as a marine technician and an electrician. Michael’s family operates an orphanage located in Hinche, Haiti, that currently provides for thirty-five children. Growing up, Michael was an avid reader, hoping to someday become an author. He was especially inspired by the works of C. S. Lewis and J. R. R. Tolkien. Michael resides in Eddyville, Kentucky, with his beautiful wife, Marissa.