This Side of the Whirlwind 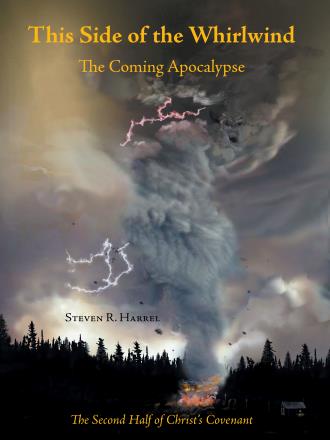 Christians and the Great Consummation

Zechariah 13:7–9 is better understood when viewed through the theory of split-versing. Verse 7 applies to the ministry of Jesus Christ while verses 8 and 9 apply to the time of the Great Consummation. Based on these verses, two-thirds of the Body of Christ will die or be cut off by the time the Day of the Lord begins. Bear in mind, the Day of the Lord begins the Wrath of God after the Rapture has taken place. This, of course, leaves just one-third of the remaining saints to be gathered to Christ at the end of the Tribulation Period when the Rapture gathers all Christians living and dead. The refiner’s fire of the crucible will purge the Bride of Christ, martyring two-thirds of the saints before the end of the Tribulation Period. Just a reminder, the words “cut off” found in verse 8 represent the Hebrew word karath, defined below.

• Cut off, Karath, kaw-rath’ (H3772)—the word karath is a prime root. Though the word karath translates into the English words cut off, the Hebrew word specifically means to covenant or to cut up flesh or cut an animal into pieces in order to perform a blood sacrifice or ritual to form a covenant.

The Body of Christ must be on earth during the Tribulation Period of the Great Consummation. The primary reason the Christian presence is essential is because Christians are still forming or fulfilling the covenant and prophecies related to the covenant. By the end of the Tribulation Portion of the Latter Days, the Body of Christ will have fulfilled their prophecies and the separation process, which requires true Christians to be separated from pseudo-Christians. At that time, the Rapture will remove true Christians from the earth and relegate pseudo-Christians to the Wrath of God. Once the Tribulation Period has been fulfilled, God’s Wrath will begin. The Wrath of God must now fulfill its role over all the earth. Pseudo-Christians and unsaved sinners alike must suffer God’s Wrath in its full measure. Through this process, the unsaved will become exceedingly manic about anything religiously based, with a special hatred toward anything Judeo-Christian in origin. Through this anti-Christian, anti-Semitic high anxiety, the Beast will lead a globally foolhardy attempt at punishing God through the Israelites. Such rashness will be the impetus for Israel’s siege and eventually the Battle of Armageddon. The Two Federations (the Kingdom of the North and Kingdom of the South) will already be positioned to strike the proverbial match, which will incite current hostilities, erupting into war. These hostilities will continue throughout the world until the end of the Great Consummation and the beginning of the Battle of Armageddon. Only then will Jesus return with the Body of Christ to deliver the nation of Israel, according to Deuteronomy 4:25–31 and Romans 11:25–29.

Christians are being deceived! Until now, the Body of Christ has enjoyed less than the whole truth regarding The End Times, in fact, less than half! Is it any wonder the current End Times doctrines are so muddled and missing volumes of prophetic information? Discover why the prophets Daniel and John concealed important End Times facts. Learn the significance of the Great Consummation message, the second half to the Covenant of Jesus Christ. Confront the final chapters which unveil the grand conclusion to God’s extraordinary plans for the greatest story ever told.

This Side of the Whirlwind provides evidence our world is heading for more than a single apocalypse! Information within its pages will certify the Great Tribulation is neither God’s Wrath nor His plan for Christ’s return. Uncover previously hidden biblical facts which confirm the first apocalypse will forcefully separate True Christians (the Sheep) from the Goats. Recent revelation will also prove the Rapture cannot take place before the tribulation period has been fulfilled; thus, negating any possibility a Pre-tribulation Rapture event could exist. All this and more will be firmly established and confirmed in This Side of the Whirlwind

Steven Harrel was prophetically called to be a man of God one year before he took his first breath. By the age of nine, he was saved, filled with the Holy Spirit and taught by the Spirit to hear God’s voice. At twenty-five he received eight identical prophecies over a nine month period confirming many of God’s plans for his life. Then following his thirty-second birthday God sent Steven into obscurity for more than twenty-five years so he could prepare the yet unknown message for The Great Consummation; a message only found in God’s Word and This Side of the Whirlwind