Days? or Ages? The Genesis Question

A Layman Looks at Creation's Calendar 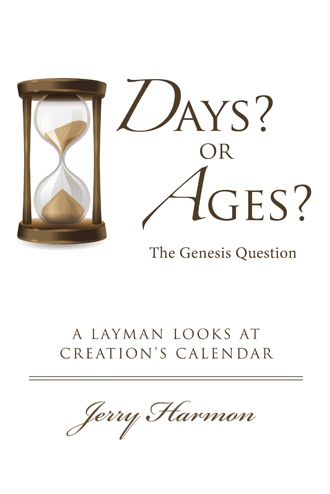 If the Bible says creation occurred within one week of time and began not more than a few thousand years ago, why are many of the stars said to be millions of light-years away? Have you ever been asked this question, particularly by a child? Were you satisfied with your answer?

Some years ago this writer with two close friends began what we thought would be a short series of weekly meetings for an in-depth study of the first two chapters of Genesis. Like many other creationists, we simply were not convinced we had the best answers to provide a sound, biblical defense in the creation versus evolution debate. Two of us had just finished a classroom study favoring the traditional view of a one-week creation period commencing not more than a few thousand years ago but found that the explanations and evidence offered as proof came more from a salad of personal opinion than the meat of Scripture. For us the study produced just as many questions as answers, and by its conclusion we felt we were basically at the same point as when we started. We had the uncomfortable feeling that many, including ourselves, were trying to defend biblical creationism on much the wrong grounds, and time was not, as one writer put it, a sufficient hero to settle the matter.

At the outset of our study, recognizing that our English translations would be of limited help in achieving a better understanding of just how one should interpret the Genesis “days,” it occurred to us that the Hebrew text might shed more light on the subject. Although the text contains no direct statements concerning the duration of the creation process, it might at least provide some measure of indication in that regard—terminology that would at least suggest or give direction as to what one might reasonably conclude—and if so, it should do so consistently. We concluded that we should be able to observe one of three conditions:

1) The text would contain words, phrases, and/or grammatical constructions that indeed consistently suggest a recent, sudden appearance of the universe, earth, and mankind, daily progressing to a mature condition, all within one week of time.

2) The text would be completely neutral in this respect, containing no such chronological indications one way or the other.

3) The text would contain words, phrases, and grammar that gave positive and consistent evidence that a much longer period was being described.

As weeks passed, the more we sought, the more surprises we discovered, and after only a few sessions we began to realize the sheer immensity and complexity of our task—this was not going to be a typical Bible study. Soon, we each began to arrive with an armload of reference books, which at times grew to a box-full. We were, as they say, “hooked,” and before long two of us were also meeting for weekly breakfast sessions as well. In all, rather than the two or three months we originally assumed, just the active research, study, and countless debates that ultimately led to this work continued for over two years, and at times also included other participants, both scholars and laymen. Our effort, however, was not without its reward.

Days? or Ages? provides a detailed, thorough examination of the many questions concerning chronology of the biblical creation story, while at the same time providing a comprehensive look at the larger picture. Opinions abound from biblical scholars, scientists and laypeople alike, and anyone seeking answers will find this work to be a valuable resource.

Days? or Ages? offers a fresh look at a centuries-old debate. Does the Bible say creation was accomplished within one week of time beginning a few thousand years ago, or over countless millennia beginning millions or even billions of years in the distant past? Opinions abound from biblical scholars, scientists and laypeople alike, and achieving a clear perspective can be difficult at best.

This work summarizes a thorough examination of Genesis 1, including relevant passages from other parts of the Bible, all in plain, straightforward language. Rather than begin with assumptions, as so many opinions do, and from there select and interpret scriptures in such a way as to support a given view; this work instead first provides a detailed examination of what Scripture itself appears to reveal—all Scripture that bears on the issue—and then examines what one might reasonably conclude. Although written by a layman, it draws from a wealth of scholarly works by some of the world’s leading theologians and other learned professionals.

Whatever one’s opinion might be, this thesis will be informative reading and a significant resource to help clear away some of the clouds of mystery surrounding one of the Bible’s most challenging subjects.

The author can make no claim to be a biblical scholar with impressive degrees suffixed to his name, and his background as an author lies instead with occasional writing of technical documents and construction specifications. After college he launched his career as a construction professional on a missile complex at Cape Kennedy, and from there transitioned to Atlanta where he continued to pursue a career managing heavy industrial and commercial construction projects. Following semi-retirement from construction, he developed a passion for Old Testament study, which ultimately led to this Genesis project and writing.