Overcoming the Unique Struggles of a Military Marriage 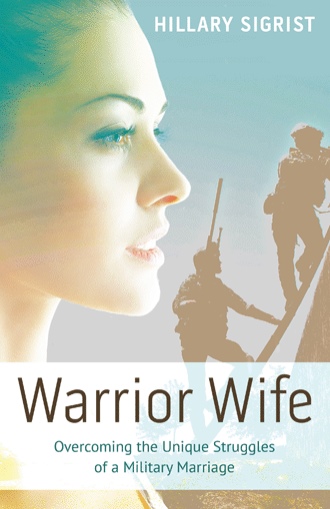 When It Doesn’t Seem Worth It

If you’ve spent any time in front of a cable television show, you’ve seen the advertisements for each service branch, all with their catchy logos: “The Few, the Proud, the Marines!” “You Make Them Strong, We’ll Make Them Army Strong!” “A Global Source for Good!” Each is meant to catch your attention and stir a desire to join. Can you imagine if there was such an advertisement for military wives? What might the catchy logos be? “The Tears, the Fears, the Sleepless Nights!” “They Make You Married, We Make You Single!” “A Global Source for Loneliness!” Want to join yet? The fact is nobody would want to be a military wife based on the list of job duties. You wouldn’t be the first choice on career day to talk about your job. Being a military wife doesn’t come with a great job description, but it does come with a profound purpose.

You may have never dreamed that you’d be doing this, but as cliché as it sounds, being a military wife affords you the ability to help your serviceman be all he can be. Your unwavering support will go further into his soul than any care package he could ever receive. The men who have joined the warrior ranks naturally want to be heroes, the ones who save mankind from ultimate doom. In turn, we women naturally want to be like princesses, special prizes the knights will fight for. You, as a military wife, get to be his princess, and he will get to be your real-life hero. You’ve found yourself in a special place. Treasure the gift.

At times, the military life will make you doubt your choice to join him on this adventure. You’ll deal with disappointments, loneliness, fear, and frustration, just to name a few. But the average civilian wife doesn’t get to experience the pride you feel when your husband is recognized publicly for his service. Nor do they get to experience the renewed love you share when he returns home after a long separation. There are many ways in which your marriage and life are filled with more riches than most. It can be worth it even in the scheme of all the other realities you must face.

God uses these realities to remind us that His ways are not our ways and His plans are to prosper us and never harm us (Isaiah 55:8). Take time to recite those promises in your heart, for you will call on them frequently.

The Importance of Your Support

Whether you were married before your husband decided to take the oath or not, the day you agreed to be his wife you signed up to do war together—he to go fight it and you to stay behind and hold the pieces together until his return; he to fend off the bad guys and place himself directly in the worst situations and you to be the prayer warrior and the person he returns to for peace and restoration. Extraordinary men have run our colors across the battlefields of history, and behind them have been the women who have held vigil as they go. You’ve joined their ranks and now have a responsibility to uphold.

A screen portraying the latest war movie will never be able to penetrate the truth and complete sacrifice of our lives into the average hearts of those watching. The others in the theater won’t know that the guy sitting in the back row has lived through those moments over and over again, and they won’t understand that the woman sitting beside him was the encouragement to make those incredible moments happen. They won’t see the woman who cries silently in her dark bedroom because the picture on her nightstand of her uniformed husband is the most she’s seen of him in seven months. And, the neighbors walking by your home won’t notice that the tattered American flag waving in front of your house was not worn by weather but by war when your husband carried it under his kit and next to his heart.

Although you’re not the one with the rifle in hand, your support, patience, commitment, and strength make his duty and job a reality. It is important to give that support with no strings attached and an open heart, which allows your husband to answer God’s call for him.

When you hold the hand of a warrior, you’re joining him on a quest—one that traverses glory and pain. It’s a journey traveled by few, and fewer make it through till completion. Extraordinary men have run our colors across the battlefields of history, but behind them have been the women who have held vigil as they go.

This passage in matrimony is unique in the way the military will change you, your husband, and your marriage. PTSD, deployments, or never-ending household moves are just some ways a “new normal” lifestyle will challenge even the strongest foundations. But what doesn’t break you will make you stronger if you let it! This book will illustrate the courage, support, and faith it takes to overcome the challenges of military marriages, as well as the tools, understanding, and insight to enter into the rewarding experience of being a warrior wife.

Hillary Sigrist is a wife, mother of three, and child of God. After marrying her high school sweetheart, she began the journey into the life of a true warrior wife. Married to a special operations sniper throughout the course of this decade’s Middle Eastern conflicts, she learned firsthand the struggles of the extended battlefield experienced by the whole military family. After her husband separated from active duty, they moved to raise their family beneath the western skies of the Sierra Mountains.