Though the Waters Be Troubled 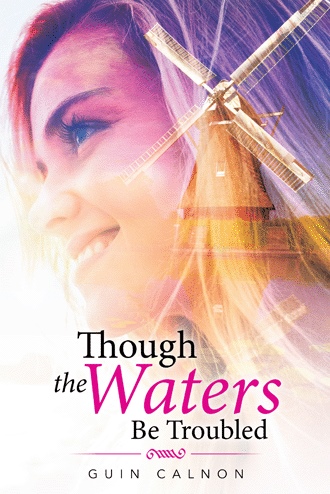 A somber tone from the church belfry rang the hour of one and echoed throughout the town of Kollumdijk. Anneke Haanstra raced through the gateway. It couldn’t be closing time already. She glanced at the clock in the tower. The black hands stared back at her, confirming her fear.

She tore through the square, dodged a horse-drawn cart, and almost tripped on the cobblestones. Anneke flew by the vacant meat stand and past the old wooden barrels where only the stench of herring remained. On she ran and nearly upset a fruit stand jutting into her path. Rounding a corner, she hurried toward the cheese booth up ahead. There had to be a wedge left for her to buy.

When she drew near, something white whizzed through the air and plunged at her feet. Her shoe landed in raw egg oozing from the broken shell. With a slosh, her foot twisted and slid out from under her. She struggled to regain her balance but fell to the ground, scraping her hand on the rough stones. Blood oozed from the cuts on her hand. She tried to get up, but her ankle gave way, and she slumped back down. Anneke squeezed her eyes shut against the throbbing pain in her ankle and her bleeding palm. Wooden shoes pounding over the cobblestones forced her eyes open. A dark-haired young man, his black cap leaning to the right, rushed to her side. “Are you badly hurt?” His accent told her he was from another province.

“I sprained my left ankle. And my hand . . .” She turned her right palm face up. “It’s bleeding pretty bad.” Anneke tried again to stand, winced, and fell back.

“Here, let me help you.” He dropped to one knee. The double row of silver buttons on his black shirt glistened in the sun. He drew a large, fresh handkerchief from his pocket, reached for her hand, and wrapped it securely. “There, that should stop the bleeding.”

“Thank you so much.” “You're more than welcome. Do you need assistance to stand?”

“Yes, please. I can't put pressure on my right foot.” With one hand supporting her back and his other hand gripping her elbow, he helped her to her feet. “Do you have far to go?” She held her breath at the feel of his arm around her—the arm of a stranger. “Three kilometers.” She took a step and tensed with pain, moaning as her leg buckled under her. Instantly the young man caught her. “That's way too far for you to walk.” He paused. “I'm Romke Veenhuizen. I’d be glad to take you home in my cart.”

Anneke hesitated. She didn't even know him. She looked around for a familiar face, but only a few strangers remained in the square. She was at the mercy of this man—but if she refused, how else would she get home? “You're right. I could never make it.” “It's only a few steps to that tree stump over there.” Romke pointed up ahead. “I think you can get there if you hop on your good foot. Lean on my shoulder and hold tight to my arm. I'll walk slowly.”

Gritting her teeth, she hopped her way along and sighed with relief when she reached her goal. “I could never have done it without your help.” She slipped her hand from his arm and sat down on the stump.

“I'm glad I was here to help you. May I ask your name?” Her cheeks grew warm. “Anneke Haanstra.” A June breeze fluttered her long skirts and played with her cap, loosening wisps of blond, wavy hair. She pushed back the loose strands escaping from her lace cap.

“Wait here, Annneke. I'll bring my horse and cart around.”

She watched him leave. His trousers, a cavalry twill, were suede-like, and his jacket flapped as he hurried along. His clothes differed from those worn by the men of her village, but she had to admit she liked them, especially his cap. The way it perched to one side of his head intrigued her.

Startled by a tap on her arm, she looked up. “Lambertus, you're still here?” Her ten-year-old cousin stood before her, scuffing his shoe against a broken cobblestone. He hung his head, stealing glances at her from half-shut eyelids. “I'm sorry I made you fall. I wanted to see how far I could throw an egg. I never saw you coming.” He lifted his head and pushed his glasses up on his nose. “Please don't tell my moeder.” He wrinkled his forehead, and the freckles scattered across it grew larger.

She should have guessed Lambertus had thrown the egg. “Don't worry, I won't give your secret away.” Anneke watched his forehead relax. “Would you like a ride home?” “No, thanks.” He pushed his glasses up once more and ran toward the town gates, then stopped and called over his shoulder. “Remember your promise.”

Anneke nodded, then sighed. She had almost made it to the cheese stand. Now, because of Lambertus, her family would have to get along without cheese for a whole week. If only she had left for market earlier.

Her thoughts faded when Romke brought his cart to a stop alongside the stump. A large cheese lay on his lap, cartwheel-shaped like those of her village, but deep gold instead of cream-colored. He stepped from the wagon and retrieved a wicker basket from the tall grass. “Could this be yours?”

Romke placed it in her hand. “You can't go home with it empty.” He sliced off a generous piece of cheese and handed it to her. “Here, take this with you. It's farmer’s cheese from Lijdendorp.”

“It’s a village in the province of Overijssel.”

So that’s where he was from. A strange name for a village, though. A chill shot through her heart.

Anneke and Romke, from two very different provinces, fall deeply in love when Anneke slips in the marketplace, and Romke comes to her rescue. After their wedding a year later, they sail to his family’s home to live. Anneke is jubilant and anticipates a wonderful life with Romke. Though she’s heard of a disturbing custom practiced by his village, she shoves it aside, believing it would never involve her. But to her horror, what she hoped would never happen, has fallen on her. What awaits Anneke. . . and Romke, her devoted husband?

The colorful setting of the early twentieth-century Netherlands and the nature of the dilemmas Anneke must face make her book distinctive. Targeted toward adult women, this story opens up a new world: time, place, culture, and customs. This book is filled with relational drama, romance and suspense.

Her purpose for writing this novel is to show the reader that no matter how dark our life becomes, the Lord is there for all who seek Him.

Intrigued by tales of a Dutch ancestor, and inspired by Dutch objects in her childhood home, Guin Calnon’s longing to visit the Netherlands increased. Her lifelong dream came true when she and her husband flew to Holland. Learning the village life and customs, she began writing her first novel, THOUGH THE WATERS BE TROUBLED. Even her mother’s miniature wooden shoes found their way into her story.

Her DVD presentation, “Dropping in on Holland,” features regional costumes, castles, villages, gardens, and windmills. In costume, she shares Dutch anecdotes. An exhibition adds a tangible dimension. She’s on Facebook and on her blog, she writes of her informative and humorous experiences in Holland.

Three of her children’s stories: Tulips of Love, No Wooden Shoes, and A Christmas For Others are published.

She’s lived in Michigan, Wisconsin, and now resides in South Carolina with her husband, where they reared their five children.