Part I: Why the church needs to wake up and smell the coffee. Part II: Research into perceptions of the church 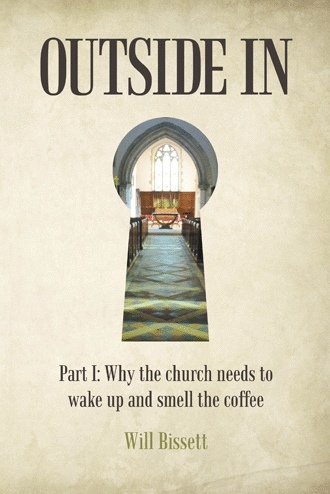 The 2011 census results suggest that a (albeit declining) majority of the population of the UK identify themselves as Christian, however, only a fraction attend worship regularly. Is this because people are leaving the faith, or because their engagement with spirituality is changing? Other research indicates that a large proportion of society are interested in the idea of spirituality and seek a purpose in life, however, this then raises the question of why church attendance is so low? What do people in UK society perceive about the church that makes it unappealing? Could it be that what those of us on the inside see, and what those on the outside see are far more different than we realise, or would like to think? Are churches seen as being relevant and helpful to everyday life in the digital age? Some of the key questions that need considering relate to how those on the outside of our faith communities see those of us on the inside. •- Do they see a building, some people and programmes - or the dynamic, living, Kingdom of God at work? •- Do they see busy people who have a dose of religion on a Sunday morning - or people fully alive in the grace of God, and transformation and renewal at work? •- Do they think we follow an institution governed by rules, doctrines and policies - or Jesus, the living Son of God? What is church? What springs to mind when you hear that word? What do you equate with church? Is it an institution? A building? An exclusive club you can only enter when you look, talk and act like those on the inside? Or, is it a group of people who come together in the name of Christ? ...a vibrant, dynamic, welcoming community that lives out its faith? ...age is a significant factor in perception, with church in particular having a very poor image amongst the under 30s. That the population is increasingly ‘unchurched’, especially in the younger age-brackets, may be contributing to this negative perception, and the trend seems only likely to continue as generations become increasingly unconnected with the Christian faith. If we have faith and courage, then the perceptions revealed in this research call for a re-evaluation of who we are, what we are, as church, and a challenge to revisit the values that Jesus placed highly. In the 21st Century it is not appropriate or possible to try to recreate the New Testament church; that would be blind to all that has gone on since then. Yes, we have 20 centuries of theological and ecclesiastical development and should not ‘throw the baby out with the bathwater’, however, we should still be constantly asking ourselves what it is to be church in our context. What is it to be the body of Christ in this time, to offer grace, hope and forgiveness in the midst of pain, suffering, brokenness and uncertainty? How can we do this in ways that are not only culturally appropriate, but actually engage with the hopes, fears, joys and difficulties of the surrounding culture? We may have great quality courses, but what right have we to expect people to want to come to our courses? As time goes by people are less likely to be asking the questions we are answering, therefore, it seems probable that the appeal of our courses in their current form will be to a diminishing number. Moreover, aside from the demands of career and families, there are many other things competing for people’s attention e.g. gym memberships, psychic fares at pubs, philosophy courses at colleges. What would make people want to come to church courses rather than any of the other options? More fundamentally, what is it about our lives, our worship, that is real, relevant, exciting, more engaging than watching football, going to a concert, playing computer games with friends, catching up with friends over coffee and pizza? Nothing? Anything? The challenge of communicating could also be likened to listening to someone speaking a language you do not understand. You hear the words, but do not get it, so you have to use other cues to try to understand - what else do you know about the culture? The communicator might even appear angry, but that could be well-meant passion. They might sound aggressive, but that could be the sounds of the words, rather than the meaning. Do you know the culture and customs enough to be able to interpret the language and understand something of the meaning? Alternatively, do you receive it through your own preconceptions and experience, perhaps not understanding anything, or even missing the point? This is the challenge that the church has, when trying to communicate with a culture that increasingly has little or no connection with Christianity. We may be passionate, but do we sound angry and judgmental? We may sound harsh sometimes, but is it the type of words and language we use, rather than the meaning? Are we talking 'church' too much, rather than walking alongside and engaging with our community where it is at? How often are we like the comedy caricature of a British tourist abroad, unable to speak the local language, so shouting slower and louder at the local people who just do not understand what we are saying? The results of this research indicate that, in the main, those beyond regular participation in church activities do not see grace at work, and they are not hearing the Gospel message. The church is just one option amongst many in an information and activity-overloaded world, with many activities and products vying for attention and some offering, or claiming to offer, solutions to life’s problems. As this and other research shows, the church is not regarded as a helpful and relevant choice by many in the contemporary UK culture. Little, if anything, of the grace and love of God is seen, instead judgmentalism, anti-homosexuality, hypocrisy, and being out of touch and irrelevant are prevalent perceptions.

A must-read for anyone seeking to truly understand the relationship between the Christian faith and UK society. Outside In explores the perceptions of the Christian faith by those who do not regularly attend church. Based on postgraduate research conducted during 2013 (extracts of which were published on the Willow Creek UK website), the book is split into two parts. One part provides the methodology and detailed analysis for those who wish to fully understand the actual research and findings, whilst the other part explores the key findings and implications in an easily digestible format, and offers some suggestions for consideration.

In the UK, a majority (albeit declining) of the population identify as Christian, but a relatively small proportion are engaged in regular church-going. Why is this? Rather than rely on assumptions, the research asked the participants many questions, such as, what do they really think of the church? Why might they not find it helpful for their spiritual journey and daily life? What are the predominant perceptions, of church, Christianity, Christians, God, Jesus? Is the Christian message of grace being perceived in any significant way? The book explores what the participants thought of church, and outlines the range of opinions found from those who see it as a faith community through to others who simply view it as a foreboding building or institution. It also explores how perceptions vary across the generations.

Part sociological and part theological; Outside In offers significant insight into how the church and the Christian faith are really viewed by those who do not regularly attend. This book provides a fantastic opportunity for churches to better understand how they are truly perceived, and therefore has significant implications for how they could better relate to, and communicate with, their local communities, as well as wider UK society.

Will Bissett is married to Bethan and they have recently become parents to a beautiful baby girl. He has held a number of senior business roles and continues in that capacity, as well as being a theologian, and ordained minister in the Church of England. Will has spent years working in various environments from a global company to a not-for-profit organisation, relating his faith to everyday life and business challenges. Over the last 25 years Will has undertaken a range of formal theological studies at Westminster College, Oxford, Cliff College (where he was subsequently on the marking team for the MA Course for 10 years) and STETS/Sarum College. These, combined with everyday conversations and encounters provided the experience, insight, curiosity and motivation for the research behind this book.