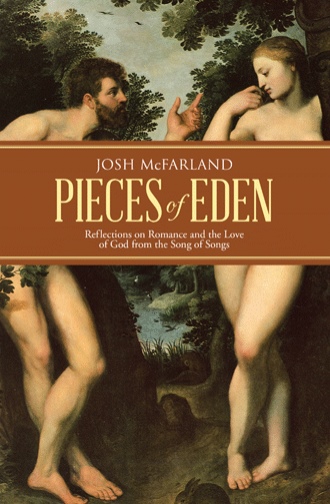 Once, when I was much younger, I met a girl whose face I never saw.

I was on my way out of the United States for the summer, and so was she. We were part of a group of teenagers who were going to spend our vacation on a variety of work projects and missionary programs, but while I was going to Central America, her destination was in the Middle East, where she would need to conform to certain standards in public so that the people of that country wouldn’t be offended. So as we were listening to a lecture about how to mix concrete by hand, she had pulled a bandana up over her mouth and nose, and only her eyes were visible.

I cannot tell you the electric shock I felt when I first looked up at her, a girl I had never seen before, whose name I did not know, and saw nothing but her eyes. For a brief moment she glanced at me, and our eyes connected, and then she went back to watching our instructor. I concluded (quite correctly) that my own face, completely visible, was nowhere near as fascinating to her as her veiled face was to me.

I am sure that a large part of my reaction to her at that moment was simply ineradicable teenage hormones. You know exactly how that feels. But of course, there was something more as well, something which I had never encountered in quite that way and which I could not explain. It was something from beyond my experience, almost as if a voice was whispering from across a great distance. I was lost.

As a girl of a certain age, nearly all of the boys around her would have been attracted to her as a matter of course – or at least they would have thought of her as attractive. I have no doubt that she was, but the fact of the matter is that I did not know for sure. Of all the girls in that group, she was the only one who was veiled and she was also the only person I could focus on. To this day I have no idea who was giving us that lecture or what exactly was said; I have no idea how many other kids were in that group. Most of her appearance was covered in a borrowed act of modesty, all I could see were her eyes, and more than two decades later her eyes are the only thing I can recall about that afternoon. Ultimately it wasn’t about that girl standing across from me. It was as if in that moment I was awakening to something bigger and more real than the person I was seeing. I was awakening to a realization of the reality of beauty.

In a way, the Song of Songs is just as mysterious and enigmatic. Many Christians know what it’s about without ever having read through it. Others have heard sermons or “talks” about the book which are unbalanced, and therefore either harmful or boring. This is a tragedy, because the Song is actually one of the most satisfying and moving books in the bible. This Song, a poem really, is ink on paper. To a certain degree that’s all it is. And yet, as poetry, the Song plants within the imagination of the reader the potential to create the kind of tantalizing, mesmerizing effect I first felt when I glimpsed a pair of young eyes regarding me, shrouded in mystery.

The Song is about beauty and love. It is about desire which is so strong as to not be able to tell the difference between the pleasure it gives and the pain which accompanies it. It uses our imagination as a doorway to our emotions, our heart and our will. It is not meant only for men, or only for women; in fact, I find it hard to fathom why anyone could possibly be uninterested in the Song. When the Bride is speaking, women will not be able to help feeling some kinship with her, and men will be able to appreciate the reality of her desires. Much of the book is dedicated to her beauty, and any man who reads through those sections should at least be able to relate to the feelings the Bridegroom is expressing, however odd the specific similes may seem.

The Song can help us to recover a truly biblical way of speaking about sexuality if we allow it to transform the way we think, the patterns of thought which we harbor and the very language we attach to sexuality. In an age that is obsessed with sex, where our youth are pummeled with images and ideas about sex every day – practically every hour – it is increasingly essential for the church to make her voice heard strongly and without compromise or apology. We should never let the world’s obsession set our agenda, but as things stand now we are in danger of letting them dominate the conversation. The Song can help us to address this challenge by unleashing the true potency of sexuality as it shows how the reality shines beautifully and vividly when it reigns in its own kingdom.

God’s word is as sharp as a sword or a scalpel, and powerful. When it comes to us in the form of poetry, it has a special kind and degree of power. But that means we need to come to it on its own terms, to learn how it is speaking to us, before we can appreciate what it is saying. – From Chapter One of Pieces of Eden

The Song of Songs belongs to the whole church. It is part of our revelation from God; it is a necessary component of a healthy worldview. It can release the energy of joy and praise in a new and vital direction; correct and transform our thinking about romance and sexuality; help protect us from lethargic or unworthy thoughts about God’s creation; exalt and enliven couples’ feelings about their relationship; embolden our corporate attitude; confront errors and falsehoods at loose in the world; it can ennoble our understanding of God. With all its celebration of physical beauty and romance and sexual attraction, the Song relates physically and spiritually to every life, and it is a necessary ingredient for a healthy, practical, thriving Christian perspective. In it we are meant to see what is right before us, but at the same time to see beyond it, and in seeing, to know greater things than we have known. Here we are being invited to explore across deep waters. Can you feel the strength of that call? Does it stir your blood?

—from Pieces of Eden

Josh McFarland is a pastor and writer, connoisseur of humor and movies, lover of books. He received his master’s from AW Tozer Theological Seminary. He serves with the Christian Missionary Alliance in Montana, where he lives with his wife, Holly, and their children. Pieces of Eden is his first book.