Finding Hope in a Broken World 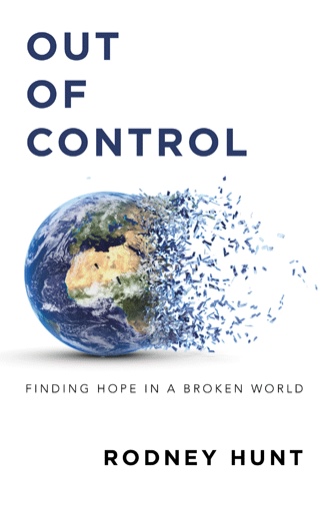 On the morning of April 29, 2014, a disturbed, 19-year-old man entered a shipping facility in Kennesaw, Georgia. The gunman wore black clothes, a camouflage vest, a shoulder ammo belt, a knife, and a shotgun. He had one intent that day - to kill. Before he came to the facility, he wrote a final note, "I'm a sociopath. I want to hurt people. This is not anyone’s fault but mine."1

As he entered the facility, the first person standing in his path was Christopher Sparkman. Christopher was employed by as a security guard by a local security company. He picked up a second shift that day to earn some extra money. It was a few minutes before his shift ended. Soon, he would go home to his wife. They would be celebrating their one year anniversary in a few weeks. Christopher’s replacement was right beside him ready to take over.

The gunman entered the building and began shooting. Christopher took the first shotgun blast at point-blank range in the abdomen. The pellets pierced Christopher’s body and internal organs. He was the first of six victims shot that day and was the most seriously wounded.

As Christopher lay on the floor wounded from the blast, he thought of others before himself. Somehow, he managed to call 911. “I’ve been shot,” Christopher told the dispatcher. “Please tell my wife I love her. I’m losing energy really fast.”

The dispatcher repeatedly told Christopher, “Stay on the line with me. Don’t hang up.”2

I met Christopher and his wife Jamie Lynn a little over a year before this day for several sessions of premarital counseling. I liked them. I could tell they complimented each other well. I felt they were a good match for each other and would have a great marriage.

In one of the premarital sessions with Christopher and Jamie Lynn, I told them, as I tell most couples, that marriage takes more than love. It also takes faith. It takes faith because you don’t know what the future holds. There are no guarantees. There is no crystal ball to look into. Marriage involves risk.

They understood this. Both said they were ready to face the future together. I agreed and they were married May 25, 2013. Even though I had told them that marriage took faith, I never dreamed that their faith would be tested in such a dramatic way so soon.

It was apparent to me that Christopher was the kind of guy who would lay down his life if necessary to protect his wife, family, or country. He had already proved that by serving in the U.S. Army, where he was stationed in Kuwait as a traffic controller for ten months. I knew he was the type of man who would do whatever it took to show his love for his wife. I had no idea he would end up sacrificing himself in order to protect those who worked at the shipping facility that day.

As fate would have it, a package handler trainer who used to be an emergency medical technician was working at the facility on the day of the shooting. As he rushed to Christopher’s aid, his former training and experience prepared him to be able to help Christopher. He held pressure on his wound from the shotgun blast until an ambulance arrived.

The former emergency medical technician later told a reporter, "God put me in the right place at the right time.' That's all Him. He's the only reason I got out of there today."3

Even in the midst of a terrible tragedy, you can find traces of God’s provision.

Christopher was rushed to the hospital where surgeons operated for hours to save his life.

After I received the call that Christopher had been shot, I rushed to the hospital to be with the family. I sat in the waiting room with family members in disbelief over what had happened. We prayed for Christopher. We did not know then if he would live or die.

The surgeon worked tirelessly as we prayed through many hours of surgery. By the grace of God and the work of some very skilled surgeons, Christopher survived this brutal attack. It would be a long journey of recovery, a journey that Christopher is still on to this day.

Since the shooting, he’s experienced over 50 surgeries in the past two years trying to repair the damage from that blast and has spent over 300 days in the hospital. Jamie Lynn has been right there by his side, day and night, acting as a nurse, caretaker, and wife.

In one of my early visits to the hospital while Christopher was still in ICU, he pointed out a Bible verse that his wife placed on a board directly in front of his hospital bed. It read, “You intended to harm me, but God intended it all for good. He brought me to this position so I could save the lives of many people” (Genesis 50:12 NLT). In the midst of pain and uncertainty about his future, Christopher had faith and hope.

He and Jamie Lynn choose to cling to the promise that God is in control. They choose to forgive the gunman who almost took Christopher’s life. They believe that God can bring good of this situation, even when someone else had intended to harm them. Although they are still going through many difficult days that test and try their faith, they still hold fast to the promise that God has plans to give them a hope and a future. I believe this too.

The truth is we've all experienced the brokenness of this world; broken dreams, hopes, and expectations. You lose your job. An unexpected circumstance catches you by surprise. Someone you love dies. A relationship fails. You do something you regret. What I want to remind you is that, regardless of your situation, you can find hope in an out of control world.

The truth is, we’ve all experienced the brokenness of this world: broken dreams, hopes, and expectations. You lose your job. An unexpected circumstance catches you by surprise. Someone you love dies. A relationship fails. You do something you regret. What I want to remind you is that, regardless of your situation, you can find hope in an out of control world.

That promise is repeated over and over many times in the Scriptures. God will restore. He will pay back. What was lost will be found again. In fact, we will receive much more back than what we lost.

There is a better future than what you are seeing and experiencing right now. You need to know that in a world where so much seems set against you, God is in control, and he is on your side. God is not your enemy. He is your advocate and defender. He wants what is best for you. He wants to give you a future and a hope.

Rodney Hunt is the Pastor of Pastoral Care at West Ridge Church in Dallas, GA. He has served on staff at West Ridge for 10 years and has ministered to hundreds of families during that time. He is a graduate of Kennesaw State University and attended New Orleans Baptist Seminary. He lives with his wife Ronda and two daughters Haley and Natalie.