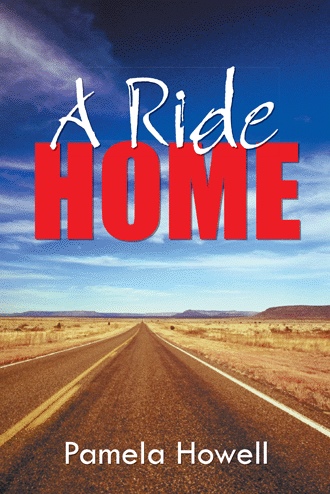 Kayla Hartley stared sullenly at her captor.
Her right temple throbbed from being hit. Her tears, long dried on her cold cheeks, were only memories now. She longed to stand up and stretch, but the ropes that bound her arms behind her back wouldn't allow it.
Dear God in Heaven, please help me.
Kayla really didn't expect an answer. After all, it had been a long time since she'd truly spoken to God. Not since her Dad died.
Maybe this is Your way of punishing me, Lord.
She glared at him. It was cold inside the filthy shed, but he was sweating. His face was hard and he licked his lips as he played around with the gun in his hands. He caught her staring.
He blew her a kiss which made her skin crawl. She quickly averted her eyes and looked at the dirt floor just as a large rat scurried up and over her boots. She recoiled her feet and tried to scoot back away from the vermin.
Her captor laughed.
Kayla knew what was coming next.
She just prayed she had the strength to live through it.

***
Just 12 hours earlier, Kayla had turned and squinted into the sun at the sound of her name.
A dark-haired young man wearing a cowboy hat gave a friendly wave from the open driver’s side window of brown, four-door car parked in the middle of the lot in front of the dorm. She hadn’t noticed the car pull up.
Had he been there all this time?
Kayla had slept in, enjoying the quiet of her dorm room. Gina was gone, and so were their suitemates. That meant Kayla had the tiny bathroom all to herself. So, after lunch in the cafeteria and a long walk around campus, she had taken a leisurely shower, carefully applied her makeup, and had styled her damp, blonde hair into a French braid.
It’s not as though this was a date or anything. It’s just a ride home.
Still, she had a tingling sensation in her stomach, the kind of jittery, fluttery lurches she got before every halftime performance. Something felt strange, but she couldn't quite put her finger on what.
Just before 3 p.m., their agreed-upon time, she was ready and waiting outside the dorm, her blue jean jacket draped over her left arm and her purse slung over her right. At her feet sat her suitcase, really nothing more than an overnight bag, and her blue velvet baton case.
Maybe I can get in some extra practice once I get home.
The brilliant blue sky created a brightness that Kayla had grown to love, a characteristic of West Texas this time of year, and there was a chill in the air, but the patches of sunlight that competed with the shade of the buildings were warm. She had grown to love Texas. Hot like Arizona up until at least October, the weather reminded her of home. But, she hadn't yet experienced her first blue norther as the locals called a cold front which whistled down from the plains. Those usually came in December.
She’d chosen a pair of jeans paired with a robin’s-egg blue, v-necked sweater which accentuated her eyes, her favorite pair of cowboy boots, and a strand of small pearls.
Absently, Kayla fingered the necklace.
Wonder why he’s already 20 minutes late?
Kayla had just turned to go back into the high-rise to use the pay phone in the lobby, when she heard her name.
“Sorry, I’m late,” the young man drawled as he unfolded his tall frame from the small car. As he came toward her, Kayla had to catch her breath.
Holy cow. He’s drop-dead gorgeous.
She took a quick inventory of the guy she’d be alone with for the next 800 miles: Tall, dark hair, clean-cut, chiseled features, strong jaw, Wrangler jeans, and a freshly pressed black and white plaid, long-sleeved western shirt. He reminded Kayla of Lane Frost, Arizona’s high school rodeo champion from a few years back. Only taller.
He sauntered toward her and Kayla thought she would melt into a puddle when he tipped his hat to her with a greeting of “Afternoon.”
His face lit up with a huge grin that caused a dimple on one side of his cheek to dance. The effect was stunning.
“Are ya ready?”
Oh, yeah! Kayla wanted to shout. Instead, with her cheeks aflame, she nodded up and down and stooped to get her things.
“Allow me.”
He scooped up her suitcase and the baton case and took long strides to the car before Kayla had a chance to say anything. She noticed he moved with the grace of a rodeo athlete and Kayla imagined his arms were muscular, accustomed to maybe wrestling a steer or two to the dirt.
“What’s in here?” He called over his shoulder as he held up the case. Kayla couldn’t help but notice how his rear-end looked in those tight Wrangler jeans, and she thought: Oh, my goodness.
The blush in her face deepened and she chided herself: Pull it together, girl. You’re acting like one of those stupid frats.
“Batons,” she said, rushing to catch up. “I’m a majorette.”
“Oh, that’s right. I’ve seen ya.”
Me? But, there’s 10 majorettes. That’s odd.
Before she could think about it any longer, he opened the passenger side door for Kayla first and helped her in with a cowboy demeanor she found incredibly attractive. Then, opening the back door, he carefully laid her suitcase and the baton case on top of a pile of things in the back seat.
Getting settled, Kayla noticed a green Army-type tarp covering whatever was back there. One big hump and three smaller humps. A couple of canteens, a flashlight, a length of rope, and a roll of duct tape lay in the floorboard. If there was this much stuff inside the car, Kayla wondered what this Mark had in his trunk.
He slammed both doors and then went around to the driver’s side, folded his tall frame into the seat, and slammed his door, too. Facing Kayla on the bench-style seat, he took off his cowboy hat and placed it, brim up, on the seat between them. He held out his right hand by way of introduction and made such sincere, direct eye contact that Kayla felt as though she would faint.

All college student Kayla Hartley wants is to go home for Thanksgiving, but money’s tight since her father died. She’s homesick and, whether she wants to admit it or not, still grieving. Out of desperation, she accepts a ride from a stranger whose name she finds on a ride board at college.

Despite her roommate’s warning, Kayla gets into the car with Mark Lawson, a handsome cowboy, who charms his way into her heart.

But is he too attractive for his own good?

It’s 800 miles across an unforgiving, barren landscape from San Angelo, Texas, to her hometown in Arizona, and as night falls and the road becomes more desolate, Kayla begins to wonder if she’s made a mistake, a terrible one that might cost her dearly.

A wreck leaves them stranded in the rugged Trans-Pecos region of West Texas. Kayla suffers a concussion, and the car is no longer drivable. The nearest town is one hundred miles away. It’s dark and getting cold. She thinks they’re alone.

Having grown up in the desert, Kayla knows its dangers. Sandstorms. Flash floods. Gila monsters. And rattlesnakes and other predators, like coyotes. But, as Kayla soon finds out, the most dangerous predator in the desert is human.

Pamela Howell is a writer, teacher, and freelance journalist. She has won numerous state, national, and international awards for her writing, as well as her marketing leadership skills. A proud native Texan, she lives in San Antonio; however, her home and heart will always be in West Texas.