Blessed Are They That Hunger 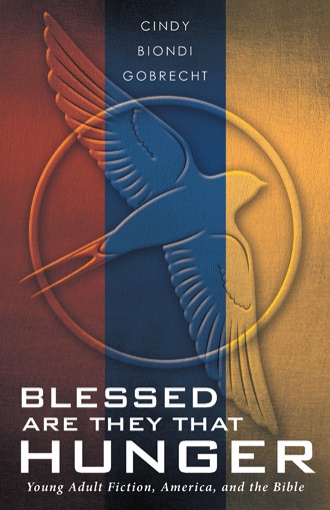 The country of Panem is a country where the Capitol District rules and controls the other 12 Districts by fear and oppression. Personal freedom is only enjoyed by those residing in the Capitol District. Panem is the post-apocalyptic future of the United States.
When the United States was formed the ruling district Washington DC was given no political power. It was set apart from the state of Virginia where it is geographically located. This was done so that there would not be a problem with one state having more power over any other. Balance of power was the goal of the founders of the United States. Individual freedom was to be protected by the Bill of Rights.
There is an increasing feeling that our personal freedoms are being taken away and our lives are being controlled by large corporations and the political power that they have. This is evident by the recent protests of the so-called “Occupy Movement.” Does the oppression of the regime in the Hunger Games resonate with today’s young people because it is not too far off the mark of our current socie-ty?
I remember my dad saying in the 70’s “We are becoming like a communist nation one law at a time.” When I was growing up there were no seatbelt laws, curfew laws, limits on number of teenage pas-sengers for teenage drivers, etc. These laws are meant to protect but what about the protection of personal choice and personal freedom?
There were about 4000 laws instituted in 1979. This is one analysts view at the time:
Whatever the outcome may be, the future seems ominous. By whatever standard we measure it—the number of laws, the rate at which new ones are enacted, the multi-plication of bureaus and agencies, the number of officeholders, pensioners, and relief-recipients the taxpayer is forced to support, the total or relative tax load, the total or per-capita expenditures—there has been an accelerative growth in the size, arbitrary power, and incursion of government, and in the new prohibitions, compulsions, and costs it keeps imposing upon us all. (Henry Hazlitt The Torrent of Laws January 1979 The Freeman)
What about today-over 30 years later?
In 2011, all 50 states and territories met in regular session and enacted more than 40,000 new bills and resolutions on issues across the board. (NCSL News Dec.27, 2011)
Personal privacy is also in question in the U.S. today. Although no U.S. Citizens were involved in the 9/11 attacks the U.S. Patriot’s Act expanded the government’s ability to monitor the activities of all U.S. residents-citizens and non-citizens alike.
Here is how the Congressional Research Service summarized the law shortly after its passage:
"The Act gives federal officials greater authority to track and intercept communica-tions, both for law enforcement and foreign intelligence gathering purposes. It vests the Secretary of the Treasury with regulatory powers to combat corruption of U.S. fi-nancial institutions for foreign money laundering purposes. It seeks to further close our borders to foreign terrorists and to detain and remove those within our borders. It creates new crimes, new penalties, and new procedural efficiencies for use against domestic and international terrorists. Although it is not without safeguards, critics con-tend some of its provisions go too far. Although it grants many of the enhancements sought by the Department of Justice, others are concerned that it does not go far enough." (NY Times June 2, 2012)
In June 2013, it was disclosed by a government informant that all of Verizon’s customers’ phone records were being monitored by the Federal government.
Another area where the government may be interfering with personal rights is the new Health Care Reform instituted by President Obama in May 2010. One of the provisions of this program requires all U.S. Citizens to purchase health insurance. Forcing American citizens to purchase anything may be an imposition in personal freedoms.
Health Care Reform also requires all employers to provide birth control and abortion coverage on the health insurance provided to its employees. This includes certain organizations which for faith reasons oppose birth control and abortion.
There is a lot of talk about the separation of church and state in America. Most of the arguments are meant to secularize all public entities like forbidding prayer in schools and keeping the Ten Command-ments from government buildings. The real reason that the founders of our country instituted the notion of separation of church and state was to protect the church from the government to insure freedom of religion. By forcing a religious organization to go against the tenants of its faith, the Health Reform law is doing exactly what our founding fathers fought to protect against.

“Why are millions of young adults fans of the dark tale of The Hunger Games trilogy?” This was the question Cindy Biondi Gobrecht asked after seeing the first Hunger Games movie and reading the books. She began to research the themes in the book and how they relate to our current American culture. The themes of violence, war, injustice, oppression, loneliness, poverty, and hopelessness found in the dystopian world of The Hunger Games are problems today and a warning of more to come. Today’s young adults are astute enough to understand this. Action must be taken to return America to the country it once was. What does the Bible say about the themes of The Hunger Games, and how can we apply those truths to be the change that America needs? Ms. Gobrecht answers these questions.

Cindy Biondi Gobrecht is the author of Confessions of a Christian Twi-hard: My Life Lessons and the Twilight Saga. She led bible studies for over thirty years in California and South Carolina. She has a Bachelor of Arts degree in linguistics with minors in literature and anthropology from the University of California San Diego. She blogs about Christianity and popular culture in America.