From Zero to a Hundred

Finding My Purpose through My Pain 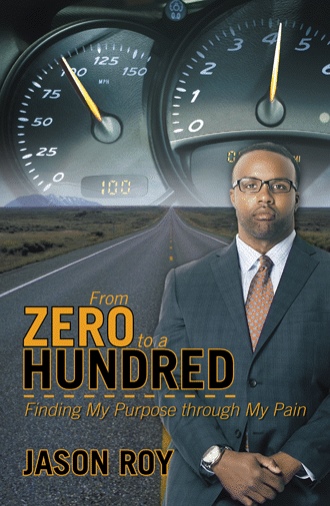 When the car finally came to rest, in the ditch I knew I was in trouble. I tried to remain calm, but I was terrified. I didn’t have enough energy to yell over the noise of the siren, so in a calm, still voice I called my partner’s name and hoped he would hear me. A few seconds later, Gerald reached over and turned off the siren. Fortunately he had only a couple of bruises and somehow managed to force his way out of the car. He climbed out of the ditch and alerted dispatch about the accident. He told them I was trapped in the car and needed immediate medical attention. I knew my injuries were severe because I couldn’t move, nor could I feel my arms, legs, fingers, or toes. My left arm was dislocated and dangled outside the driver’s-side door.

I was in shock and confused. I didn’t understand how I could be paralyzed yet in excruciating pain. The roof of the patrol car had collapsed around me and covered my right shoulder. From the chest down, my body hung outside the vehicle, but I was still pinned in the driver’s seat. In spite of the inability to move, I was most concerned about the damage to my head. Every time the car flipped, it had felt like I was diving headfirst into an empty concrete pool. The cut on my head stretched from one ear to the other and was so deep that the back of my scalp was sagging downward and the top of my skull was exposed. I asked Gerald how my head looked. He quickly responded, “Not bad,” but I knew he was lying. My head was burning, and blood was flowing from every part of my body like water from a garden hose. It was leaking uncontrollably into my eyes, ears, and mouth, and my uniform was saturated. I wanted to wipe it away, but no matter how hard I tried, I couldn’t move my arms or hands I sat motionlessly in the remains of the patrol car, feeling like I was drowning in my own blood. I was in utter disbelief that my final moments on Earth were going to be spent paralyzed, trapped in a police car. I was in so much pain and the damage to my body was so extensive that I didn’t think I could survive. When my partner returned to my side, I told him I knew I was going to die and asked him to tell my son how much I loved him. He did his best to assure me I was going to be okay. He reminded me of how I had survived another car accident seventeen years earlier, but I told him this time was different. He continued to encourage me to fight to stay alive for myself and my son, but as I choked on my own blood, I was sure I was going to die. I closed my eyes and instinctively started to pray aloud. I prayed a prayer of salvation and asked God to forgive me of my sins. As I was praying, I started to think about my seven-month-old son, Jadon, and saw an image of his face. In that moment I decided I couldn’t give up. I cried out to the Lord and begged Him to save my life.

Officer Diego Morelli had been following us during the chase and was the first to come to our aid. He leaped into the ditch and did his best to keep me alive until the firemen and paramedics arrived. I remember whispering to him, “I’m about to die” and asking him to lift my head because I couldn’t breathe. Years later my partner confided in me that in spite of his efforts to motivate me to live that night, he actually saw himself speaking at my funeral after I told Morelli I was having trouble breathing. As I drifted in and out of consciousness, I started to doubt whether or not I was going to make it. Finally, I heard the faint sounds of the sirens approaching. When the rescue crew arrived on the scene, they didn’t attempt to move my body or try to get me out immediately. Firefighter Cornelius Burton relieved Officer Morelli and took over the task of holding my neck. He immediately started talking and tried to keep me as calm and stable as possible. I was gasping for air and frantically telling him to make sure he continued to support my neck. I could feel my body going into shock, and as each second passed, the pain was becoming more and more unbearable.

After the entire rescue team arrived, they started strategizing about how they would extract me from the wreckage. They had to make sure my head and neck were stable and secure before they could attempt to remove me from out of the car. The biggest obstacle was that the car was nearly upside down in the ditch and the surface surrounding the ditch was extremely uneven. Additionally, they had to devise a plan to untangle the car door from around my neck without causing further injury to my spine. Captain Valerie Seymour determined the best course of action was to have the Jaws of Life crew cut me out of the car. Before they started to cut the door off of the car, they placed a white sheet over my head to protect my open wounds from the debris. As soon as they placed the sheet over my head I had a flashback of the night of the accident in 1994. I thought they had given up on me and thought I was dead. I started to panic and struggled to do whatever I could to let them know I was alive. Fireman Burton pulled the sheet back and explained why it was necessary to cover my face. I calmed down and braced myself for the extraction. I wanted to be freed from the car, but I was scared I would die in the process.

I was conscious as they worked frantically, yet carefully to remove my limp and nearly lifeless body from the car. It took several people to hoist me out of the ditch and carry me to the stretcher. By this time there were scores of police officers and firefighters on the scene. I heard some of them shouting words of encouragement as they rolled me toward the ambulance. However, I also heard someone say, “It doesn’t look good; he might not make it.” I knew my injuries were serious, but hearing someone else speak those words over my life was terrifying. Once again, the negative thoughts of death started to fill my mind. I told my partner to call my father immediately. I needed my family to get to the hospital as soon as possible. I was in so much pain and so frightened by my colleague’s dreadful prediction that I didn’t know if I would survive the ride to the emergency room.

On the ride to the hospital I would periodically try to move my arms and legs, but I couldn’t. I asked the paramedics if I was paralyzed. They said it was too early to tell because my body was still in shock, but I didn’t believe them. I thought to myself, “If I can’t feel anything, then I must be paralyzed.” My eyes were literally filled with blood, sweat and tears. I asked one of the paramedics to wipe them for me, but he said he couldn’t. I felt completely helpless. All I could do was lie on the stretcher and pray that the pain would magically disappear.

“He relearned to do the things that many of us take for granted, including eating, dressing, and walking. Jason struggled to retake control of his life and fought against a system that is not friendly for those with disabilities. It is with tenacity for life, justice, his family, and his belief in a higher power that kept his will to fight when many others may have quit. We are extremely proud of Jason!”
—Dr. Jeffrey Berliner, DO, TIRR Memorial Hermann

Sometimes you have to lose the life of your dreams to live your God-ordained destiny. What do you do when you’ve lost everything? How do you rebuild your life when you’ve lost the desire to live? These questions are at the core of From Zero to a Hundred, a story of hope and inspiration.

In From Zero to a Hundred, Jason Roy, a medically retired police officer turned inspirational speaker, details how he survived two near-death experiences and pushed through the pain to discover his purpose. Through life-altering spinal cord injuries, paralysis, bouts with depression, and suicidal thoughts, Jason fought to remain steadfast in his faith in God, accept his new reality, and live his God-ordained destiny.

He acknowledges that fear and doubt are normal responses to tragedy, but encourages us to step out on faith and be willing to lose everything to ultimately live the life of our dreams.

Jason Roy, founder of the Zero 2 a Hundred Foundation, is dedicated to improving the lives of others suffering from spinal cord and brain injuries. He is also an inspirational speaker, committed to inspiring others to discover their true purpose in life. He and his son, Jadon, reside in Houston, Texas.