The Revelation of the Sealed Book 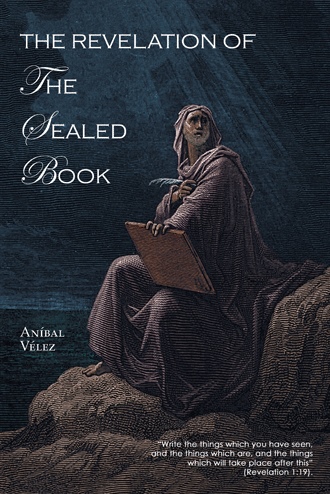 The Holy City, the New Jerusalem

Although we may call the current church the building of God and the dwelling place of the Spirit, those names shall have their full meaning and reality on the new earth. Jesus promised many mansions in His Father’s house. The passage says that Jesus is the one who will prepare those places for the church (I go to prepare a place for you).

When will Jesus “build” these dwelling places? As mentioned in the section The Final Judgment, while God the Father is conducting the final judgment on unbelievers from His heavenly throne, Jesus will be working on the new heaven and earth, including the many mansions, located in the holy city, the New Jerusalem.

Jesus said in Matthew 16:18, “I will build [spiritually] my church;” and now on the new earth, Jesus will be building physically the great city, the New Jerusalem, the dwelling place for the church, His wife.

In the middle of that city, Jesus will build the new throne of God His Father. Every detail will be completed as His last work, before His final encounter with His bride. After the final judgment ends, God the Father will then bring the bride, the church, to give her to His Son. “Then I, John, saw the holy city, New Jerusalem, coming down out of heaven from God, prepared as a bride adorned for her husband” (v. 21:2).

Jesus will be waiting for His bride in front of all the marvelous and glorious work He has prepared for her in the New Jerusalem, that where I am, there you may be also.

… for the former things have passed away.

And He said to me, ‘It is done! I am the Alpha and the Omega, the Beginning and the End.’

The phrase It is done! is used two times in the Book of Revelation and once in the Gospel of John (said by Jesus with a little variation).

John 19:30 says: “So when Jesus had received the sour wine, He said, ‘It is finished!’ And bowing His head, He gave up His spirit.” With this final exclamation (It is finished), Jesus is completing His work as the “Son of Man.”

He went to the cross and “nailed” the “man” on it, including everything pertaining to death—sins and sicknesses (Isa. 53:4–6, 10). As a man, although still being the Son of God, He carried on His own body the sins and sicknesses of mankind, and doing this, He “killed” death. In Luke 24:6–7, we find that two angels stood by and said,

He is not here, but is risen! Remember how He spoke to you when He was still in Galilee, saying, ‘The Son of Man must be delivered into the hands of sinful men, and be crucified, and the third day rise again.’

Mark 15:39 also says: “So when the centurion, who stood opposite Him, saw that He cried out like this and breathed His last, he said, ‘Truly this Man was the Son of God!’” Hallelujah, Jesus, the Son of Man, finished His work of our justification, dying on the cross as a man! So He could cry out: It is finished!, that is, It is done!.

The second place the phrase It is done! is found is in verse 16:17, where it marks the completion of Jesus’ work during “this generation;” which covers from Jesus’ birth up to His second coming. Therefore, with the return of Jesus to the earth this generation is completed, as it says in Mathew 24:34, “Assuredly, I say to you, this generation will by no means pass away till all these things take place.”

The expression It is done! is last used in verse 21:6, but this time it announces the completion of the “last generation,” before the perfect and eternal new world comes. The last generation covers the time of the Millennium and the final judgment. The redeeming and saving work of Jesus for all mankind of all time is completed at the end of the last generation. “My food is to do the will of Him who sent Me, and to finish His work” (John 4:34).

having made known to us the mystery of His will, according to His good pleasure which He purposed in Himself, that in the dispensation of the fullness of the times He might gather together in one all things in Christ, both which are in heaven and which are on earth—in Him.

The time to celebrate the great victory of the Lord Jesus on the new earth has come. And it is not by chance that this great celebration will coincide with the consummation of the Lord Jesus’ wedding with the church. The wedding will be the final reward of our Lord Jesus Christ after the completion of all His work; “I am the Alpha and the Omega, the Beginning and the End.”

It is after His whole work is finished and everything gathers together in Him, that Jesus then delivers everything into the hands of His Father. 1 Corinthians 15:24–28 describes this great and glorious event which marks the end of Jesus’ work:

Then comes the end, when He delivers the kingdom to God the Father, when He puts an end to all rule and all authority and power.

For He must reign till He has put all enemies under His feet.

The last enemy that will be destroyed is death.

This is within the plan and purpose of God that this prophecy of Corinthians will be fulfilled. Jesus Christ has overcome, and as Son, He will deliver everything to His Father, so that the Father has all the supremacy in His new kingdom located in the new creation. God Himself will be there, along with Jesus and the church, reigning from His throne in the New Jerusalem.

In short, in the Millennium Jesus Christ shall be King over people that have not yet reached perfection; that is why we see at the end of that period many nations rebelling against Jesus.

On the other hand, when God the Father is the King on the new earth, everything in His kingdom will be new and perfect. The Father shall not reign in a disobedient and rebellious kingdom, but in one perfected through the finished work of His Son. Everything will be new (“for the former things have passed away”)—the earth, the heaven, and everything in them, including the church.

Captured in just one book is a complete overview of God's plan and purpose for the church, Israel, and other nations in the end times.

God chose the church for a great mission: to spread the gospel and to bring understanding of His purpose and will to all people. The church needs a full understanding of all future events, in order to teach and proclaim them in a clear way.

This book includes historical issues, detailed exposition of one of the last prophecies to be fulfilled before the judgment of God commences--Russia's attack on Israel.

Aníbal Vélez, servant of God since 1974, dedicated fifteen years to comprehensive research on the end times. From Genesis to Revelation, he has sought the macro point of view, and his study has yielded fascinating and relevant information not seen in other books on this topic.