Erden: Flame of the Creator 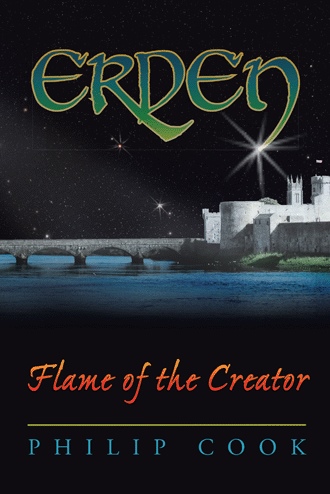 Peter was lucky indeed to have the guys from the team there to help keep the energy level up. That, combined with his blossoming love for Karina, made all the difference. It was almost 8:00 pm, when he was going to open his presents, and his mom asked the most innocent thing, "Where is that Lilly?"
Then Peter realized he hadn't seen her all night. While she was great at hiding, she was horrible at being able to resist talking and playing with strangers, or eating ice cream. Everything changed when Peter’s mom asked that fateful question. At first, it was a bothersome little bit of worry, which grew like a wave coming to shore.
Peter’s friends agreed they would help find her, and everyone spread throughout the house looking. Twenty minutes later, they thought about calling the police, but they didn’t. They worried she would just pop out and proclaim, “Here I am!” She didn’t pop out, and the search began to spread to outside the house.
They had over thirty people to help look for her. Peter hoped, as everyone else did, that they would find her hiding, and then she would face her grandma’s wrath. All were frustrated when they didn’t find her.
It didn’t take long for Peter and Karina to realize the seriousness of the situation. They began their search by looking at his neighbors’ homes. When most of them hadn’t seen Lilly, the only logical place left to look was the park—by the flood control area. With fears of abductions unspoken, Peter held Karina’s hand as they walked to the park.
They were a strange sight walking down the street. Karina wore a beautiful calf-length skirt and blouse combo. Her hair was being blown away from her face by a small breeze, which revealed her equally modest, yet appealing, makeup. Peter wore his normal t-shirt, jeans, and running shoes.
Karina was on her Blackberry talking with her dad in Spanish, and as she hung up, “My parents are on their way over to help look, Peter. Try not to worry; I am sure she will be found.”
Impressed that Karina’s parents would come and help look so quickly. Peter was happy that Karina and her family cared about him, and his family. Peter felt grateful to be enjoying the reassurance of each other’s company in this extremely stressful time.
Peter and Karina searched through the flood control once, and after looking around the playground at the park, they decided they should head back.
While walking down the sidewalk between the Palo Verde and Mesquite trees, they heard giggling up ahead. Their hopes soared, and they turned and smiled at each other. They ran toward the giggling, and Peter looked quickly toward Karina, “I’m going to kill her when I catch her!”
Karina laughed, “No you will hug her, and thank God she is alive!”
“Then, I will kill her,” he said; inside he knew Karina was right.
They came around the bend, and saw the strangest sight. Lilly was saying, “Okay, I’m ready to go.”
She was wearing a jacket, which was unusual for a warm May evening. She had pants and her hiking boots on, and even had a small book bag, heavy with unknown items inside.
The clothes weren’t the strangest part—the strangest part was to whom she was speaking. Lilly was standing eye to eye with a very large dog, or more likely a wolf!
The wolf looked toward Peter and Karina as they ran up; with his large snout he pointed toward a tree.
Lilly hugged the wolf, and walked to the tree. Peter desperately shouted, “Lilly!” The wolf glanced in his direction, and then trotted toward the tree.
They were no more than thirty feet from the wolf when a shower of sparks, a myriad of microscopic stars, exploded into a fountain of light. The wolf and Lilly were no longer there.
Peter and Karina saw a circle of stones on the ground as if for a fire. The stone circle was sitting half under the tree toward which Lilly had just walked; it was covered with the plant debris of many seasons.
In that circle, light rippled as if the light was a liquid pooled inside the stone ring. Astonished, Karina gasped and they looked to each other to confirm the other’s thoughts; as one, they stepped into the pool of light.

Peter McCormick and Karina Cortez were two ordinary teenagers from the sunny city of Phoenix, Arizona. They will soon come to find out that fantasy is based on reality as they face adventures and dangers never imagined, risking their lives trying to bring Peter’s niece, Lilly, back home. With the help of a fairy godmother and a leprechaun named Riley (whose mouth is bigger than his brain), their quest in this new world called Erden begins abruptly and will turn out to be overflowing with unexpected events. They will learn that faith is not just thinking you can do things, but believing God can handle all things!

Always interested in history and mythology, Phil Cook embraced his heritage by traveling to Ireland, which gave him a deeper insight into not only its people and its land, but also its legends. With a passion for fantasy and science fiction literature, powered by a great imagination, and the strong desire to share his Christian faith, the author decided to start a journey as a Christian fantasy novelist. Phil was born and raised in Phoenix, Arizona, where he currently resides with his wife, Cristina, mother-in-law, Martha, and their four dogs. He graduated from Western International University with a master’s degree in business administration, and is now a fulltime real estate broker, dedicated Sunday school teacher, and Christian writer.