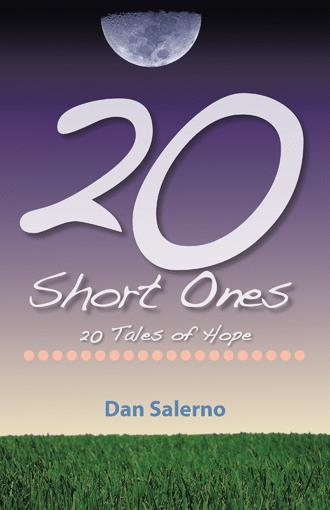 Sure, patience is a virtue. But for Lissie Finkel, it was getting downright ridiculous.

She was thirty-seven and had wanted a baby (lots of them actually) and a husband, ever since she could remember. In fact, in first grade, Lissie got sent to the Principal’s Office for bringing her baby doll to class. Fast forward to junior high and she was still at it. This time, she got caught with back issues of Bride Magazine in her locker. Boy, did she catch holy-heck for that. And don’t get me started about high school.

It was senior year. Mid-April. Just after spring break and everyone was focused on the Prom. It was all anyone was talking about. In the halls. In the locker rooms. On the stair wells. In the cafeteria. Everywhere. The whole school had prom-on-the-brain. Including Lissie. Why would she be immune? She was all of five-feet, two-inches and holding, bright red hair – the color of actual carrots. Hazel eyes that you would die for. (And before you start snickering, tell me, when was the last time you saw someone that cute with that combination?)

Lissie was having a difficult time lining up a date for the prom because of an inexplicable drive to tell the truth. No matter what. And the ‘what’ in this case turned out to be going through high school dateless. But she solved her dilemma by going with Stefan Merkle, the school janitor. Stefan was 65 years of age and from the old country. He was proud of the fact that he was an authentic Swedish Jew. His Dad was from Stockholm and his Mom from Russia. Although he didn’t attend synagogue, he nonetheless was very spiritually minded and out of respect for his father, wore a yarmulke. Stefan had a thick head of snow-white hair and was a very good dancer. He also looked a lot like Michael Douglas, which didn’t hurt. And he had a definite sense of humor and was great at making small talk, which helped immensely when Stefan knocked on Lissie’s door and had to explain to her parents why a senior citizen Swede was taking their daughter out.

Besides her physical attractiveness, Lissie was a brain. Her most favorite topic happened to be Einstein’s theory of relativity. She had a poster of Einstein famed on her bedroom wall, right across from her bed so she saw it, first thing, when she got up every morning. It was the one with him riding a bicycle. A reminder that you could like quantum physics and still keep your sense of humor. She was known to start her day by sitting up, smiling and saying (out loud): “Good morning Albert! Let’s make it a great day!”

She also liked Gregorian chants, which was why she was a huge fan of Hildegard von Bingen.

While you might expect the opposite, this unusual closeness with her brother only fed Lissie’s desire to settle down. Her preference was for a family of six kids, living on a dairy farm. Her husband would be a full-time farmer, while she ran a graphics design business from home.

All of this was well and good, but, unfortunately Lissie lived in Ann Arbor, Michigan. She was a tenured professor and she had a home within walking distance of Geddes Arboretum, which was nowhere near any kind of a farm.

She loved Zingerman’s, not only because of the food, but because all of the staff had these wonderfully sincere smiles – like McDonald’s used to have in the olden days, when the golden arches stood for something. And when they asked, “Is there anything else I can get you?” You truly wished there were because they meant it.

As luck would have it, Lissie’s one desire, besides having six kids, 20 Holsteins and a husband was to travel to New Zealand. She kept a passport handy, carrying it in her purse at all times, “just in case.” At the moment it was unstamped, but she was romantically minded enough to one day envision herself giving in to dreams of lush green meadows filled with contented sheep, lazily gazing away under the southern hemisphere’s sunshine.

She didn’t know beans about New Zealand really, but, outside of the classroom, she wasn’t the type to complicate her dreamlife by actively pursuing them.

“When the time comes, I’ll know it,” she told her best friend, Borden Smyth, who happened to be a staff writer for the Ann Arbor Observer “There’s an unmistakable sense of the universal order of things that you just can’t get in the way of.”

“Explain yourself!,” said Borden, shutting off her laptop right before the battery went dead. Even though Smyth grew up in Boulder during the 70’s, the closer she got to retirement, the more conservative she had gotten in her thinking. To the point that going for a stroll along Main Street made her nervous.

Lissie shock her head: “It requires faith and you can’t quantify it.”

“But I am an English major,” retorted Lissie. “I know what I’m talking about.”

“You can’t build a case against the law of inertia. Sit still and you’ll remain at rest.”

“If you won’t believe me, will you believe Newton?”

“Why do you think he was under the apple tree in the first place? Just sitting around, waiting to discover the law of gravity?”

“How about the possibility that he was sitting there because he had his heart broken and he didn’t know what to do.”

“Newton was a scientist.”

“Sure, but he was also a human being.”

“And your point is…”

“My point is that Isaac Newton’s reason for being under the apple tree was to stave off depression, by communing with nature. He had absolutely no intention of discovering anything.”

Borden only raised her eyebrows and leaned back. She knew better than to continue a line of argument that Lissie wasn’t even half-way interested in pursuing.

“No thanks. I have a student coming in ten.”

But Lissie really didn’t have a student coming in ten. She wasn’t hungry because cognitive dissonance killed her appetite. She hadn’t had a decent meal in a week and had been pretty much subsisting on Orville Redenbacher’s version of popcorn.

Popcorn was her go-to comfort food. As those things go, it wasn’t all that bad. It filled you up and provided roughage, so at least you kept things clean and flowing while life was serving up curveballs.

Human relationships can be intriguing, heartbreaking, funny, frustrating, and soulful, among other things. Sometimes, all at the same time. In a compilation of twenty short stories told from a faith-based perspective, a band of diverse characters shares a glimpse into their lives, relationships, and experiences. Set in Northern Ireland, New York, and many places in between, each tale offers an opportunity to emotionally relate to the age-old mystery of how friendships, romantic or otherwise, unfold. When eleven-year-old Agee finds a strange note swirling in the air above him, his path soon crosses with that of a desperate woman who needs him more than he knows. Buber is a production supervisor who is grieving his next-door neighbor’s death when he meets a woman who invites him to her church, drawing out a side of him that had been lying dormant for a long time. 20 Short Ones shares faith-based stories that examine the beginnings of relationships with a keen eye and hope toward the future.

Dan Salerno has traveled to Northern Ireland (five times!) and to Japan on mission trips. He earned a master's degree in social research while working for the National Coalition for the Homeless in New York City. After 9/11 he worked for a children's ministry in Brooklyn for sixteen months. Dan has had over one hundred articles published, taught English Composition, and was a kids' church teacher for over 25 years. He resides in the Midwest. 20 Short Ones, published by WestBow Press (a division of Thomas Nelson Publishing) is his first book. It's an engaging, hope-filled collection of short stories each focusing on how relationships (romantic and otherwise) begin, told from a faith-filled perspective.