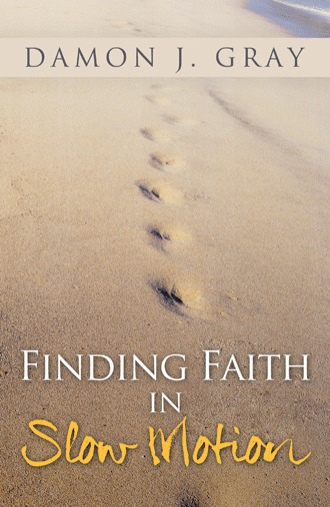 “There are two ways to slide easily through life: to believe everything or to doubt everything; both ways save us from thinking.”
- Alfred Korzybski

Those who live in the Pacific Northwest are treated to an endless buffet of music from every conceivable genre, ranging from the traditional to the downright bizarre. It is in the Pacific Northwest that grunge music found its birth and took firm root. Music in the Christian realm here is no different. One can find every conceivable style and genre.

The band, five o’clock people, were a fully acoustic, coffee house ensemble that popped up in Portland, Oregon in the 1990s. I say were because at the time I write this, the band is no longer together. (Truly a loss for the disciple’s music world, though I have heard a rumor they may be getting back together.) Their musical style was unlike anything I have heard before or since. I can’t adequately describe it, with its three vocalists and unique mix of guitar, violin, mandolin, and accordion. (They even used the bottom of a cooking pot as a percussive instrument!) The band developed a rather devoted following due largely to their creative musical style and intriguing lyric.

One of five o’clock people’s most potent songs is entitled, Lunar, a song written by Drew Grow that describes the emotional challenges and frustrations he encounters while trying to lay hold of faith. Grow describes his quest as a “lunar endeavor,” because he is continually grasping for daylight, but ending up with “fistfuls of night,” hence the frustrations inherent to the quest. With that foundation laid, Grow asks a rather startling and probing question, “And I wonder, is doubt the way of faith sometimes?”

We want to respond confidently, “No! Doubt is the absolute antithesis of faith.” But is it? Are doubt and faith indeed polar opposites? Or is there more of a mingling than we are comfortable with? Is faith waiting until I am absolutely certain of outcomes or direction before I start walking? Who walks like that? No one I know engages his or her faith in that manner.

Mark’s Gospel, chapter 9, records a scene wherein the disciples of Jesus have been cornered by what Mark calls a large crowd, including teachers of the Law who are arguing with the disciples. By itself, this is not unusual. What makes the scene so bizarre is what the argument is about.

When Jesus asked what they were arguing about, a man in the crowd described his son’s affliction to Jesus. According to the man, his son was possessed by a spirit that had robbed him of his speech. When the spirit seized his son, it cast him to the ground, causing him to foam at the mouth, gnash his teeth, become rigid, and frequently, it threw him into the fire or water in an attempt to kill him. The man had asked the disciples to drive the spirit out, but they were unable to do so.

Given this scenario, what could this argument possibly have been about? I do not believe it was yet another tired argument over Sabbath laws because Mark says nothing about this occurring on the Sabbath. I cannot see the teachers of the Law arguing with the disciples from the standpoint of the appropriateness of healing the boy.

Could it be they were arguing about styles of exorcism? If so, how hilarious is that? Consider that the teachers of the Law might have been trying to tell the disciples of Jesus how to cast out the spirit, or demon: “No, you’re bopping him on the forehead the wrong way,” or “You’re using the wrong phrase to command the demon to come out!” Honestly, I cannot guess what the argument might have been about, but the hilarity of it belies the seriousness of the situation involving the man’s son.

Eventually they brought the boy to Jesus, and sure enough, the spirit threw the boy into a fit. Some have tried to deny the fact that the boy was actually demon possessed, suggesting he had epilepsy. Admittedly, the description of the fits offered by the boy’s father sound similar to that of an epileptic seizure. Yet, Jesus made no such suggestion, instead confirming the demonic possession. To emphasize this, Jesus spoke directly to the evil spirit, rebuking it and casting it out of the boy.

When they brought the boy before Jesus and the spirit overtook him, rather than take immediate action as we might have expected Him to do, Jesus initiated a conversation with the boy’s father, asking him how long this had been going on. The man told him it had been happening since the boy was a very young child, and then said, “But if you can do anything, take pity on us and help us,” to which Jesus responded, “If you can? Everything is possible for him who believes!” Without hesitation, the man exclaimed, “I do believe; help my unbelief.”

While that is a startling contradiction on its face, I suspect every one of us knows exactly what the man was talking about. Faith is not living without doubts. Faith is living beyond our doubts!

I believe this man’s proclamation to be one of the most profound statements in the New Testament regarding faith. We have all been there. We are there! I am there now! This is why we read books like this. This is why I write books like this. Yes, I do believe, yet these questions and doubts plague my mind. “I wonder, is doubt the way of faith sometimes?”

Faith is neither static nor instantaneous. It is not something we stumble upon and instantly understand. Neither is it a monolithic, one-dimensional, singular entity that has but one face, one color, one fragrance. It is many-faceted, multi-dimensional, and appears differently depending on one’s angle to the Son.

In Finding Faith in Slow Motion, Damon Gray examines faith from myriad angles and through gut-wrenching life experiences, as he asks regarding faith, “What is that stuff?” Spanning the emotional gamut from laughter to tears, Gray challenges us to define our faith and redefine it, to look at it from a multitude of perspectives and define it again. The writing is intentionally evocative and playful, offering the reader the ability to identify with Gray as he wrestles with the weighty subject matter of finding faith.

Damon Joseph Gray was born in Plainville Kansas in 1961, the youngest of four, with three older sisters. He took his undergraduate degree in 1983, at Baker University, studying Mass Communication with an emphasis in radio broadcasting and newsprint. A year later, Damon enrolled in the Harding University School of Biblical Studies, where he studied the Bible for two years. In 2012, he completed his Master of Business Administration in Information Technology Management at Capella University.

Damon is a driven man, and very relationally oriented. He particularly enjoys transparent, late-night discussions with cherished friends - friends with whom long periods of silence are okay - friends who can simply look at one another and know the message is, "I like being with you." His dearest friend in the world is his high-school sweetheart, his wife, Alean Melinda.

A self-described geek, Damon is employed in Business Services IT with Anvil Corporation in Bellingham, Washington, having worked in software development since 1995. Before moving to a career in IT, Damon served in full-time ministry for 15 years, as a Senior Pastor and Preacher, Campus Minister at the University of Kansas, and Director of the Louisiana Tech University Christian Student Center.

Damon currently resides in Lynden, Washington, with his wife, Alean, and their cat, Mr. Bear.