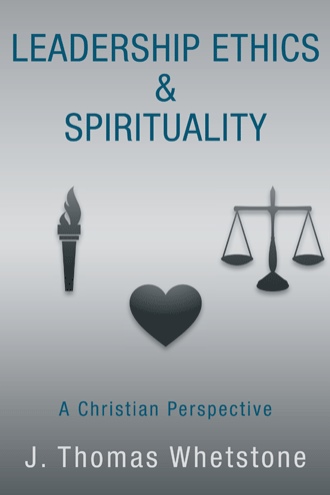 Leadership Ethics & Spirituality is admittedly optimistic. Some might believe it is too idealistic to propose that leaders seriously apply biblical worldview concepts through a thoughtful Christian ethic in the twenty-first century. But in God’s perfect timing, Christ will return. Until then and always, God will reign supreme over His creation. Those who believe this should be optimists. Humans are called as God’s earthly stewards, and believers are created in Christ for good works, which God prepared beforehand, that we should walk in them (Eph 2:10). He wants His followers to be alert and ready and doing the duties for which they are called. Os Guinness tells of a 1780 session of the Connecticut House of Representatives that was interrupted when an unexpected eclipse of the sun occurred. Fear and clamor arose amidst the sudden darkness. Some members wanted to adjourn, some to pray, and some to prepare for the coming of the Lord. But the Speaker of the House rose to the occasion with sound logic and good faith, proclaiming: “The Day of the Lord is either approaching or it is not. If it is not, there is no cause for adjournment. And if the Lord is returning, I, for one, choose to be found doing my duty. I therefore ask that candles be brought” (Plantinga, 2002, p. 144).
Christians always may trust their righteous, longsuffering, compassionate, and gracious God, regardless of differences in eschatological interpretations. Since all who are in Christ are to walk in the same manner as He walked (1 John 2:6), this clearly implies that those called as leaders should seek to lead as they understand Christ would if in their contextual roles. This book offers an outline for becoming a good leader who leads with technical competence and spiritual integrity. It is an imperfect attempt that admittedly is a work in progress. It will succeed to the extent that it influences leaders to lead wisely.

Good leadership requires leaders who motivate others effectively to achieve good purposes. A good leader is one committed not only to grow in technical effectiveness, but also to apply a sound ethic with proper spiritual sensitivity. These high standards rest upon two basic tenets: (1) a good leader is both effective and ethical, and (2) the recognition of the importance of spirituality in business is increasing. Chapter one offers a few general definitions and a rationale for why spirituality is important for a comprehensive leadership ethic and distinguishes biblical Christian spirituality from those of other worldview perspectives. The remainder of the book presents a reasoned Christian perspective of good leadership and practical suggestions as to how a person can become a better leader. It is not simply another “how to” book, however, but posits leadership as a spiritual endeavor. This means that a leader should seek to bridge the gap between her deeper, inner self and her ultimate source of calling, which for the Christian is the Triune God revealed in Scripture and Creation. Although the author addresses the subject from a particular spiritual worldview, that of orthodox Christianity, people of other faiths are encouraged to interact by contributing insights from their traditions.

Part II: The Good Leader—Effective, Ethical, and Spiritually-Minded
How does one become a spiritually-engaged ethical leader? This book seeks answers from an orthodox Christian perspective. Adapting Joanne Ciulla’s (2004) description of a good leader as being both ethical and effective, it proposes that a Christian, if called to a leadership role, should apply a biblical worldview to becoming a good leader, one who is effective, ethical, and spiritually-minded. Part II discusses effective, ethical leadership (chapter two) and adds to it the open system perspective of spiritual leadership (chapter three).
Part III: The Attributes of a Good Christian Leader
A Christian leader is called by God as a Christian and also as a leader. To be a good leader, a person must learn to progress in effectiveness as a technically competent leader. As a Christian, a leader also needs to grow in his spiritual understanding according to a biblically-based worldview and in his ability to apply a sound Christian ethic in the workplace.
The following chapters address five attributes that a Christian should develop to promote her growth as an effective, ethic, and spiritually-minded leader. These attributes are not quantifiable, but together comprise a qualitative model. They do not offer the specificity of a cookbook or mathematical formula, but do outline basic guideposts a Christian can use as starting points for self-assessment. The five attributes of a good Christian leader are:
1. He must be called as a Christian, justified by faith in Jesus Christ.
2. He must be called as a leader, accepting the responsibility for seeing that followers strive together for a collective purpose.
3. He should develop and consistently apply a biblical worldview.
4. He must practice his leadership in conformance with a sound Christian ethic.
5. He should practice his leadership, including his style, behavioral approaches, and
decisions, in an excellent manner. He must competently apply technical principles, styles, and models of leadership and apply them ethically and spiritually.

Part IV: Growing as a Good Leader
The reader now may be saying, “I agree with much of the previous theoretical discussion describing what it can mean to be an effective, ethical, and spiritually-minded leader, but how can this help me personally?” Or another may be saying, “I already practice much of what this book preaches, but I would like to improve in certain ways.” The next two chapters offer some practical suggestions for such readers.
Chapter nine asks the reader to consider what leadership style to adopt. It focuses on an analysis of servant leadership, which is often promoted as the best approach for Christians. However, it does not recommend servant leadership for everyone. Each leader needs to decide for himself on the style he should adopt, based on his individual assessment as to whether servant leadership or another leadership style best fits his personality, role, and situation.
Chapter ten presents specific practices a leader can use to develop and grow as a better leader.

A practical guide for anyone called to be a good leader, Leadership Ethics & Spirituality explains why and how you can be both effective and ethical as a successful leader while walking by faith. From a biblical worldview, it draws upon leadership research and ethics theory to explain what practices and character qualities you need to be a good leader and how you can develop and apply them successfully to the challenges faced in twenty-first-century organizations—effectively, ethically, and with spiritual-mindedness. Although written primarily to Christian leaders, it offers useful insights for those from other spiritual traditions and perspectives as well.

Dr. Whetstone (DPhil, Oxford) is exceptionally qualified to integrate leadership, ethics, and spirituality. An international authority on virtue ethics in business, he has experience in corporate management, church ministry, teaching, administration, and leadership of civic organizations. Married with one son, he invests his time in family, writing, and working out.