Whatever Happened to Mary?

God's faithfulness in hardship and grief 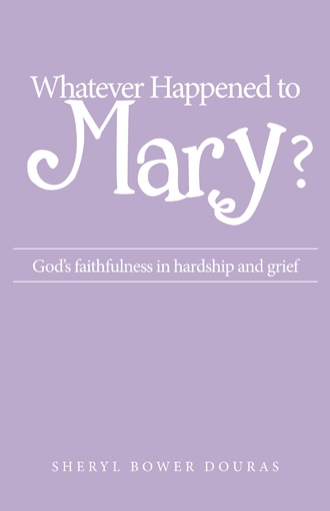 Mary was a parent just like you; a parent with worries, fears and deep admiration for the child which God had placed in her life. She nurtured him, taught him, laughed with him, and cried with him. When it was time for him to leave home, she would have had the same mixed emotions that all parents have. But she had the clear knowledge that Jesus was fulfilling his purpose. She would have wondered about how God’s plan would work out in his life.

Just as a modern parent may feel neglected or in second place to their child’s ministry, Mary had to content herself with occasional glimpses of her son. She would have cherished the momentary conversations they could have, and the news that she received about him would have had to content her in place of family reunions.

Mary was a mother who tried to give advice and had to learn to keep her opinions to herself. She was a woman whose role as a mother would include the greatest sorrow a mother can know. But she also experienced firsthand the greatest hope that the world would ever know!

We often feel quite alone in our parenting, but God understands! As we struggle with our own personal frustrations and fears concerning our children we can be comforted with the certainty that God understands our frustrations and fears. God personally witnesses each stage of our lives and all the stress in our families. God knows what parental pain is because he willingly made the greatest sacrifice any parent could make.

Whatever you are going through, praying about, or suffering through you can be assured that God is at work on your behalf and of those whom you love.

God has been faithful in my path of healing from grief and has provided me with many opportunities for ministry including: pastor’s wife, adjunct professor in early childhood education, directing and teaching parents of at risk children, and counseling at a Christian counseling center. My husband and I had only been in Russia as missionaries for five months when we received a call telling us that our son was hospitalized with cancer. The news was heartbreaking and confusing, and in twelve months the Lord took him home. In my grief I began to wonder about Mary and her own journey with loss. I wondered, “Whatever Happened to Mary?” I know my God has been faithful to me just as He was to Mary and to all who serve Him. We continue in ministry in Peoria, Illinois.