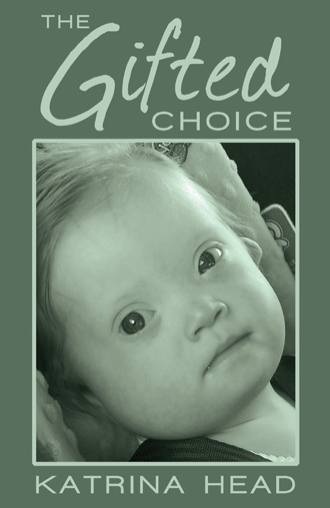 I sat on the little bench against the wall of her room, staring at her, watching her breathe, listening once again to the monitors that had bid us farewell ten days earlier. I sat there, weary from thirty six hours without sleep, wondering if this was really the life I had signed up for. Did I have what it takes to go through this and to travel on this journey with Cora?

I had been told, shortly before Cora's birth, that God chooses these children for the right kind of mother and it was an honor. I was again filled with self doubt , worry and agony for my child. I did not feel honored or worthy. I'd like to say that it was the lack of sleep that made those thoughts run through my mind. In truth, it was me being a mere human and this human felt like I was nearing the end of my reserve. It was a very trying time, and as I sat there, I started to think back to an early conversation I had with the woman, who told me that Cora would be my greatest blessing.

I took a slow, deep, cleansing breath, while those words swam around in the ocean of worry that filled my mind.

“Your daughter is going to be born with a genetic defect.”

Did the doctor just say defect? What is he talking about?

“She has Down syndrome, but you have a choice. You can terminate this pregnancy.”

He watched me closely, waiting for my response.

Those words, the ones the doctor said so casually, instantly changed the future I had planned for my unborn child.

A poignant story about coming to terms with a life-changing decision. Not just a story about Down syndrome, it’s about acceptance, holding on to shattered faith, regaining hope, and receiving grace. A true story that offers you the gift of gratitude and rewards you with inspiration.

Katrina Head works as a professional life coach. She uses her educational training and inborn love of horses to run an equine-assisted psychotherapy program at her family farm in Michigan. You can read her blog at www.corahead.blogspot.com.