Turning Over a New Leaf

Out of the Closet and into the Light 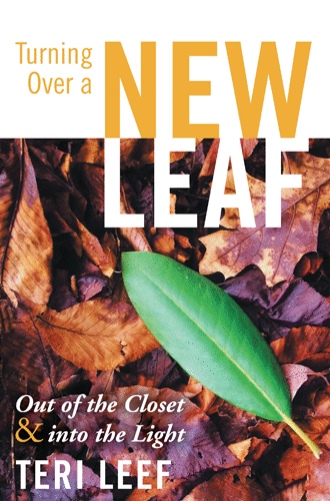 Our house was known for all the free alcohol you could drink and all the free food you could eat. They may not have fed us well, but they put out the good stuff for their party pals. Dad kept ten cases of beer on hand, and plenty of hard liquor was imbibed every weekend. Mixed drinks were prepared ahead of time and often kept in the refrigerator. With so many older siblings, I had nephews and nieces not much younger than myself. Each and every Sunday we had about 20 to 30 people come over. We ate in shifts. With time on their hands, there were fist fights, yelling, throwing things, and screaming over each other. No one knew how to have a normal conversation or how to sit and relax and talk, because they were too belligerent most of the time.

By the age of ten, I would start drinking at 7 AM on a Sunday and be drunk by noon. I was drowning myself with beer and liquor. My family would poke fun at me for being the “black sheep” of the family.

I had no place to escape. I was ridiculed and made fun of by my family and classmates throughout my childhood. My family often called me the “Black Sheep” and the “Troublemaker.” My classmates made fun of me because I was slow in school, had hand-me-down boy’s clothing, and often fell asleep in class. They also poked fun at me because I was a tom-boy and different. Children should get a good night’s rest to be ready for a day of learning when they are going to school, but my house was a party house, and sleep didn’t happen often at night. My being tomboy-like was a form of defense. I thought that my abusers would not bother me if I was a boy.

My alcoholic abuse led to anger and suicidal thoughts. By age eleven, I had actually tried to take my own life! I was drinking every day, depressed and unable to concentrate. For these reasons, my parents took me, as well as my baby sister to a psychiatrist. My sister suffered the same issues. The problem was that I couldn’t tell the doctor what was wrong. If I had, my dad would have denied the accusation and proceeded to beat me. It was a catch twenty-two.

“If it didn’t have a beautiful ending, my story would be too painful to tell.”

Addicted to alcohol by ten years old, a young girl’s life was in shambles. As an adult, she sought relief from personal pain, used street drugs, gambled, and sought love and acceptance through homosexual relationships. Due to abuse from others and her own poor choices, she also suffered from serious health issues. After seeking professional counseling, help from rehab centers, and the use of pharmaceutical drugs, she still felt hopeless. Longing for change and feeling powerless to achieve it, Teri sought God’s help as a last resort. She experienced many miraculous changes in her life. Because of God’s power, she “turned over a new leaf.”

Teri Leef is a survivor of childhood abuse, forced addictions, and poor personal choices that were influenced by traumatic childhood experiences. Teri tells her personal story and encourages others to make their way out of brokenness, hurt, and pain. She regularly shares her story of hope and faith. Teri loves reaching out to others through missionary work, both regional and international.

Teri Leef is from the Northeast US and a family of eight. Suffering emotional and sexual abuse, she became a child alcoholic. Other addictions followed, as well as forty years of homosexuality. She loves sharing her personal story of how life has been miraculously transformed through faith in Jesus Christ.