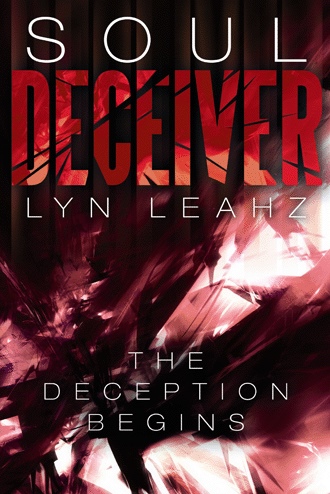 Traffic was especially heavy on their way to Krista’s house and she wondered if they would ever get there. Maybe it just seemed that way because she felt nervous anxiety and curiosity at the same time, like a defendant waiting for the final verdict.


Questions crept into her mind. Would she have been killed if it weren’t for Simpson? What if she had trusted Duncan’s judgment? Was the place that had been her sanctuary of comfort and routine nothing more than a rape victim suffering the aftermath—brutally defiled and left alone distrustful and uncertain?

“Simpson, will this ever end, or will I have to live in fear and hiding for the rest of my miserable life?”


She gazed at him from the passenger seat while he drove. He clenched his jaw, as he did when he was thinking. She assumed it must’ve been a nervous habit.

He gave a quick glance her way and then back to the road. “If you want an honest answer—I don’t know. If you want me to comfort you somehow, well, I’m sure we’ll get things resolved soon…very soon.”


Like a child, she couldn’t wait just a few more minutes. She had to know now! “Honest enough. We’re almost to my house. Do you have any gut feelings about last night, and whether anyone got back in?”

He pulled into her driveway. “We’ll find out soon enough.”


When they walked to the front door, Krista noticed the security system was dead. Confused, she glanced at Simpson, “First clue revealed! Tampering with a home security system. Do you ever feel like Scooby Doo?” She threw her arms up in frustration. Were her fears and worries coming true? She had desperately hoped everything would be normal and untouched.

Simpson gently moved her aside as he drew his gun. “I have to go in first. Why don’t you get back in the car and lock the doors? If I’m not out in five minutes, dial 911. Got it?” he sternly ordered.


“Now don’t ask me to do that, Simpson! Remember our agreement was we go in together?” she reminded him.

“I don’t have time to argue about it, Krista. Someone is playing a dangerous game…a very dangerous game. I am under oath to protect people, and if I give in to what you want, I’ll be breaking my oath—and I’ve already broken enough rules lately. Understood?


“Actually, scratch what I said. Get into the car and park it on the street away from here.” His demeanor changed from calm and in control to his primal instincts stage when survival mixes with fear, determination, and heroism.


Like Rocky, she cowered away, stopping briefly to glance over her shoulder resentful and mortally wounded. She didn’t understand why she had to park on the street. If it was an explosion he feared, shouldn’t he be calling the department instead of risking his life by opening the door? As soon as she parked the car, she got out and stood on the sidewalk in front of her house.

Both hands gripping his gun, he kicked the door open with one hard thrust, but Krista wasn't able to see what happened next.

As Unified High Priest, Khalid al-Kabul and his UNIFY church gain worldwide acclaim and draw millions to their ranks, Christians fear the emergence of a one-world religion.

Meanwhile, in Tennessee, retired Pentecostal minister Walter Caldwell hears from God that it’s time to take the message of repentance to the streets, and God wants Caldwell to lead the effort.

Could UNIFY truly be the apostasy and the emergence of a one-world religion foretold in the Bible Christians believe it is—merely a counterfeit forged by Satan himself that shall lead even the elect astray? Or could it be the perfect church the Bible predicts, rising up out of the darkness, delivering a new world peace by fusing Christians and Muslims together as one?

From a rebellious teen runaway to near-death experiences with eating disorders, Lyn Leahz suffered a difficult life. Having been raised in a Christian home, it was her faith in Christ that helped her overcome these struggles, enabling her today to speak to people’s hearts. As a result, she understands how precious, and how short, life really is.

Her desire is to invoke repentance through her writing and to bring those who do not know Jesus Christ as their Savior to the cross.