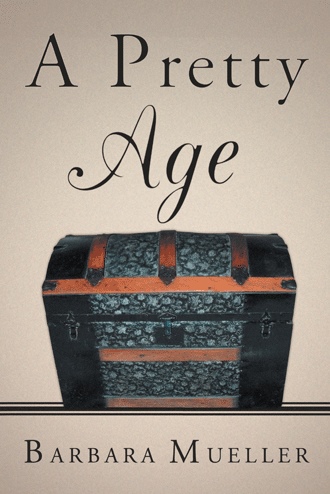 Sophiny Mumm opened the door to headmistress’s office and disappeared inside. She was aware of the eyes of the other academy students watching as they filed downstairs without her.
“Can you tell me about this?” Sister Louise asked as she returned the pages of sums and measures Sophiny had worked on haphazardly for the past week. “Convert your figures into dollars and cents and your measurements into large and small units.”
When would I have a use for menu planning at a boarding school? Sophiny thought pretending interest in the grocery list for 1910: one pound of apples, eleven cents; one pound of roast, nineteen cents; one pound of bread, five cents; one pound of butter, thirty-nine cents; one pound of chicken, nineteen cents; one pound of coffee, twenty cents; one dozen eggs, thirty-six cents; one gallon of milk, thirty-four cents, one pound of sugar, five cents; one bushel of potatoes, forty cents, and the items continued.
Unfortunately, Sophiny again seemed to have entirely misunderstood the direction she was supposed to have taken in Sister Louise’s latest assignment: plan one day’s menu of breakfast, dinner, tea, and supper for fifty-five students. Calculate quantities. Calculate costs. Ask for assistance from the sister cooks about serving sizes. Provide a final tally. In effect, the unit needed to be completely redone, and comments in the margins stated as much. On the last page was a bright red, “Please rethink this.”
“Somebody gave me that influenza that was going around. I have not been feeling well …” Sophiny replied with her prepared defense. It was true. She had been thinking how much easier it would be to die of spotted fever than to finish this project.
Sister Louise looked at Sophiny as though searching for the moment when her words would best take hold. “Your failures will not hurt you until you start blaming others.” The bell interrupted the long pause that followed. With a sigh of resignation, Sophiny mumbled the expected apologies, promised to do better, and then waited for the obligatory, “You are dismissed.” Sister Louise had made her late for chapel on a day when time most mattered.
All Sophiny could do to make up was take the stairs at a run. No one was looking. Her eyes were already on the sewing and storage room door where the altar supplies were kept when she made a last surge to increase her speed and hurl herself through the opening below … and then smack. The impediment in her path had not been dislodged in spite of the full force of her moving body. Instead she felt herself bounce backward from the impact and nearly lose her balance. He should not have been there. At Mount St. Mary’s, there was a place for everything, and everything was in its place. Did not the signs in the dormitory say so? Stunned, she opened her eyes to see what she had not seen coming … an impenetrable outcropping of rock suddenly appearing on a flat plain.
Sophiny’s confusion lingered until her best friend came to collect and steer her into place in the processional line. As Antoinette handed her a lighted candle and fitted a veil headband over her hair, she commented, “You look smitten.”
“As in struck with a hard blow … he ran into me,” Sophiny was suddenly aware of surrounding whispers and giggles, an added humiliation. But as she turned to confront her classmates, she noticed they were not looking at her but at the progress of a visiting monk into the chapel. “We are all smitten … as in very much in love,” Antoinette reassured her. The girls’ gazes had been focused before the collision—before Sophiny had intercepted his course.
The procession began to move.

In 1910, a missionary visitor arrives at Sophiny Mumm’s convent boarding school in Concord, Kansas. Sophiny is smitten. Her best friend Antoinette Dominguez is not—and begins a series of strange behaviors breaking all the rules. From Sophiny she extracts three promises, a trunk exchange, and a staged fight before she elopes. Shortly thereafter, Sophiny learns that the missionary is not who he pretends to be and that her friend’s elopement has resulted in a mysterious disappearance. Antoinette’s puzzling diary gives clues about “guardians who cause us to lose our way.” The missionary reappears, and Sophiny is launched on a traveler’s tale of her own to search for her missing friend. In the investigation of puzzling enigmas, Sophiny has to use all the resources of emerging women’s rights, family relationships, social networks, the new technologies (telephone, photography, and transportation), and patron saints.

Barbara Mueller recently retired from teaching English at a Southern California community college. For twenty-eight years, she taught composition and literature courses, including critical thinking, women’s literature, and Bible as literature. She now has time to think about the larger issues of what her grandmothers left her and what she wants to leave her grandchildren. Barbara grew up in Kansas and attended the same convent boarding school her grandmother attended. She loved the experience, as she knows her grandmother did. This is her first novel inspired by that experience, but all names, places, and events have been fictionalized.