From Faith to Faith 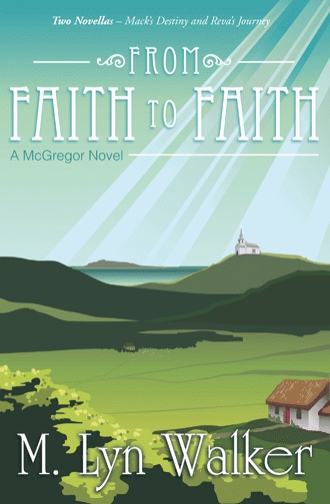 Macklin McGregor’s carnality is legendary. His close childhood friend, Destiny Harding, is the single mother of two adorable children fathered by two equally dangerous men. Poor choices and bad decisions behind her, Destiny wants the real deal the third time around. She’s celibate, and everybody in town knows it. Mack wants no part of Destiny’s marriage plans but finds that he can’t outrun, outthink, or outmaneuver God.

Reva Mitchell is a survivor. Street smart, yet scared, she is running for her life from a gang boss who wants her dead. Melvin Harris, a new believer, still struggles with pain from his past. He’s open to the Holy Spirit’s direction, and for the first time ever, finds himself desiring to protect. Love is still an emotion he knows so little about.

City drama collides with the tranquil beach community of Indigo Beach, Michigan, where Pastor Deon leads his small, rural congregation on a path of self-discovery and faith.

When M. Lyn Walker learned that God wasn’t looking for the perfect, but rather the obedient, she excitedly began working on her first manuscript. A native Michigander, married for twenty-six years, with two adult children and an energetic three year old grandson, she and her husband live in a suburb of Chicago.