Voices in the Wilderness 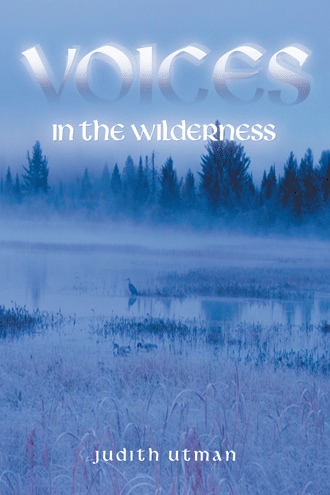 Sam Fowler recognized the name on the call display and picked up the phone on the first ring.  “Jack, what’s up?”

“Hold on, Sam, it’s not Jack.  It’s Bob Fisher.  Jack asked me to call you.  We have a situation over on the mountain here and we could use help if you’ve got some available hands.”

Sam responded immediately, “Sure thing, Bob.  Anything for Jack.  I’ve mobilized all our people to be ready to come in today given the possible conditions with the storm but so far haven’t had to do all that much.  What’s the problem there?”

“Well, we’ve got a party missing from the navigation course.  It doesn’t make much sense where she went, but she never made it down the mountain on the compass reading exercise.  A woman separated from her husband partway down the hillside and seems to have disappeared,” Bob explained.

“Bob, people don’t just disappear.  There must be some logical explanation for it,” was Sam’s response.

“Yeah, Sam, I know, people don’t just disappear, but this one seems to have done a good job somehow,” Bob reluctantly responded.

“Are there more details we need about this; more dynamics to the events?” Sam asked.
“Darned if I know.  They’re a close bunch; four of them, two couples that get along well.  One, a newspaper writer, was given the course as a gift, and the other couple decided to tag along for an adventure.  Some adventure it’s turned out to be!  Now one’s missing.  That will be some story for them to tell their friends later.  We’d rather clean this up quickly though with the weather moving in on us like it is.   We don’t want to give this guy something to write about for the newspaper.  That wouldn’t be good for business, would it?  Do you think you can help?” Bob explained.

“No problem.  Are you at the usual place?” was Sam’s immediate answer.

Bob confirmed, “Yeah, Sam, the same place Jack uses.  Lacey McCrae is mobilizing bodies too so we should have a number of people soon.  Jack just wanted some trained personnel to keep this a tight operation, especially given the conditions.”

“I can have our people over within a half hour,” Sam reiterated.

“Oh, and Sam, you should know that we have a bear sighting on the mountain last night.  Just some extra possible complications, you know.  Everyone should come prepared,” Bob added.

“Well, doesn’t that make things interesting?  Okay, we know the drill.  I’ll get everyone mobilized and meet you over there ASAP.”

Sam said firmly, “No, I owe Jack more than I can count already, so this isn’t a big deal.  I’ll see you soon.”

Jack Davidson has all the experience he needs for any survival situation—or so he thinks. As he prepares to instruct his next basic navigation course on Seeley’s Mountain, he is unaware of the evil tracking toward his wilderness destination that will change everything.

His students are expecting a pleasant getaway from their high-pressure lives in the city. Their weekend will soon turn to terror and put their rudimentary survival skills to the test.
Residents of this backwoods region and visitors alike are thrust together while they battle the elements, the terrain, and the malevolent force within an escalating storm. As suspicions build and lives are compromised by the pervading darkness on Seeley’s Mountain, they soon turn to and against each other and learn more than they ever expected.

Who will they trust as events spiral out of control, and who will survive?

Judith Utman lives in eastern Ontario, Canada, with her husband, Tom, and two sons. She is currently an administrator for their family-owned counseling business. She is a retired physical therapist and earned a diploma from Rhema Correspondence Bible School. When not working or writing, she is busy with prayer ministry, traveling, pursuing various hobbies, and volunteering in sporting activities. She is currently leading a prayer effort for an Awakening to God in her community.