The Poetry of Life 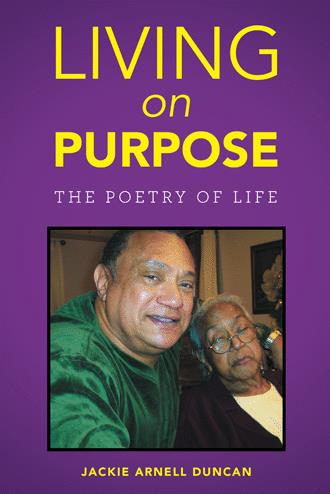 Living on Purpose (The Poetry of Life), is a volume of inspirational and up-lifting poetry that can be applied to the lives of most everyone. The poems offer practical solutions to so many of our everyday life problems. They were derived through serious thought, good sound judgment, and wisdom from above. They offer guidance and direction as well as, just good reading. Every age group will be able to relate to, and benefit from, Living on Purpose.

Living on Purpose (The Poetry of Life) is full of inspirational and uplifting poetry for everyone. The poems offer practical solutions to many of our daily problems. They offer guidance and direction as well.

Jackie Duncan is a Coffee County commissioner in Tullahoma, Tennessee. He was born at Camp Forrest Army Base in Tullahoma, which later became Arnold AF Base.

After graduating Davidson Academy High School in Tullahoma, he attended Tennessee State University in Nashville. He later lived briefly in Southern California. He lived all of his early years only blocks from the army hospital where he was born, then elementary and high school only blocks from there. He worked within ten minutes of home at Arnold AF Base, has attended the same church, Mt. Zion Missionary Baptist Church all his life, where he continues to serve on the Deacon Board, again, only blocks away. He still resides within a minute from where it all began.

His life has been one of service and support to many organizations over the years. He is a member of the Tullahoma Area Chamber of Commerce, member of Dream Tullahoma Committee, president of the Davidson Academy School Reunion Committee, vice president of the South Central Tennessee Chapter of the TSU Alumni Association, Chairman of HWR Committee for the Coffee County Commission, and sings with several area choirs.