And Other Lessons Learned by a Christian Cop 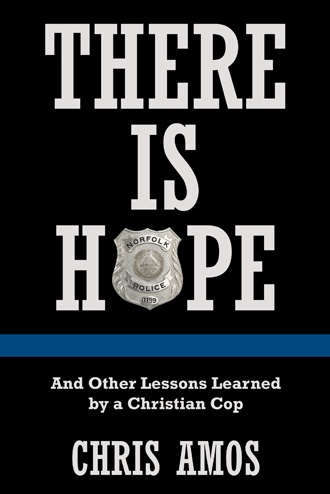 Lesson 28:
HELP FROM THE HOMELESS

1 And He looked up and saw the rich putting their gifts into the treasury, 2 and He saw also a certain poor widow putting in two mites. 3 So He said, “Truly I say to you that this poor widow has put in more than all; 4 for all these out of their abundance have put in offerings for God,] but she out of her poverty put in all the livelihood that she had.” LUKE 21: 1-4

Many walk passed, avoiding them if possible, ignoring them if not. Their lives consist of a mundane routine mixed with brief moments of fear that most know nothing of. For many, their appearance does not change for days, even weeks at a time. They are viewed as a burden to society with little, if anything to offer in exchange for a hot sandwich or bowl of soup. They have been labeled as vagrants or bums in times past, but now they are simply known as the homeless, and they are everywhere.
You may have passed one holding a sign offering to work in exchange for food. Another may have asked you for some spare change as you walked to lunch. Still another may have offered to wash your car or windows to your shop or some other hustle in exchange for money or food. And then there are those who spend day after day on the street corner or a park bench when the weather is good. In the city library when it is not. Some are homeless by choice while many others are not. All are created in the image of God and for that reason alone, they are priceless.
His name was Michael. His mere appearance struck fear or disgust in the eyes of many. He was unkempt as are so many of those living on the streets. He did wash up at the local bus station, occasionally. The years of living on the street, or in Michael’s case, under a bridge, showed on his hollow face. Michael’s smile had everything a person could want with the exception of teeth. He had a gap about five teeth wide in the dead center of his mouth. His hair was brown and course, the result of only washing it once a week. Michael spoke with a terrible lisp that made understanding him difficult. This did nothing but further alienate him from those around him. As did the nearly inch long whiskers that covered portions of his face.
At one time Michael was a computer consultant with a nice home but that seemed like a lifetime ago. After losing his job and house, Michael would eventually come to call the streets home.
One day while talking to Michael in a local convenience store, a stranger walked through the doors. It was obvious that the man was new to the area and like Michael, called the streets his home.
“I remember being in as bad a shape as that guy. I remember what it was like to arrive into a new city with no money, no friends, no food, with nothing, absolutely nothing,” Michael commented as he watched the stranger clean his face with a napkin. I wondered what kind of shape Michael thought he was in now?
Without hesitating, Michael approached the stranger and offered to buy him a drink and sandwich because as Michael said, “Friend, it looks like you need it.” I watched in amazement as Michael reached into his pocket and pulled out a handful of change, most of which went to pay for the stranger’s meal.
I would wish Michael well that day before climbing into my police car and driving away. I began to think of the gifts God had given me. Gifts I had taken for granted for far too long. A beautiful wife, three healthy kids, a nice home, and on and on the list went. Tears began to form in my eyes as I looked at Michael, a man giving not out of great wealth, but out of utter poverty expecting nothing in return. It was then that this homeless, unkempt, toothless man painted one of the clearest, most beautiful portraits of the love of Jesus Christ that I had ever seen.
Does God bless this kind of giving? A few days later another stranger would give Michael twenty dollars and a sleeping bag. Then again, maybe just maybe it wasn’t a stranger after all.
Thanks, Michael.

LESSON 28: Giving is admirable. Sacrificial giving is Christ-like. Which do you want to be?

Life is a series of lessons. For the Christian the goal of each is to guide and encourage the student to become a little more like Jesus. For some those lessons are taught in the office or classroom; for others, they arise in the home; for others still those lessons may be taught on the road while traveling from place to place.

For me, many of those lessons have come on the hard and often unforgiving streets of Norfolk, Virginia. Some will bring a smile to your face, while others may bring tears. Some result in great victory, while others appear to end in tragedy and defeat. Some may provide answers, while others may raise questions, but all have a common purpose. Each one, when learned, will lead to a closer walk with Jesus Christ.

This book is a collection of those lessons written in hopes that you too may be encouraged in your quest to become more like our Savior and Lord Jesus Christ. God is still, as in times past, using the most unsuspecting people to teach some of His most profound lessons. Join with me now as together we let the lessons begin.

Master Police Officer Chris Amos is a twenty-five-year veteran of the Norfolk Police Department. A Medal of Valor and Life Saving recipient, Chris is currently the department’s spokesman. Chris pastors Chr1st Fellowship Community Church in Virginia Beach, Virginia. He has spoken at churches and conferences throughout the country, appeared on the 700 Club, and had his testimony dramatized on the radio program “Unshackled!” Chris and his wife, Anne Marie, have three children and live in Norfolk, Virginia.