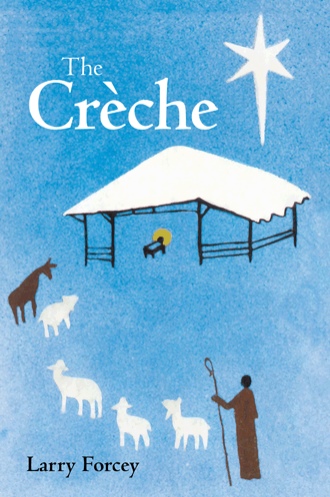 A fiery preacher tried, convicted, and burned at the stake. An elderly monk, questioned and scoffed by a papal delegation. A father, in the outskirts of Paris, tormented with the decision to protect his family or follow Christ’s teaching of “turning the other cheek.” An abused wife leaves her husband, embarking on the unknown to protect her seven-year-old daughter. An eleven-year-old boy, Carter Mason, despairs to find answers to the injustices and evil he discovers in his world.

Carter finds an ally in his search when his sister, Shannon, has a close brush with blindness. The incident sets her on a philosophical journey that alienates her from her mother and encourages Carter to keep seeking answers. But it is a nativity set, a family heirloom crafted by an elderly friar in Florence, Italy, during the fifteenth century that offers Carter hope in the face of growing anguish.

The miracle of Christmas provides an opportunity of escape from the pattern forming early in Carter’s life. As a child on the verge of his teenage years, his eyes are still open enough to believe the impossible, to listen and wonder. His family is presented with similar opportunities to wrestle with their own past and beliefs as they explore the mystery of - The Creche.

Larry Forcey is a former history teacher who now works as an accountant in the title insurance industry. He serves as mission elder at Trinity United Presbyterian Church in Santa Ana, California. He has published two articles-one illustrates the passion of a fellow baseball fan, and the other is an inner dialogue in which he wrestles with the theology of suffering. This is his first novel. He works and lives in Orange County.