: Living and Loving on Less 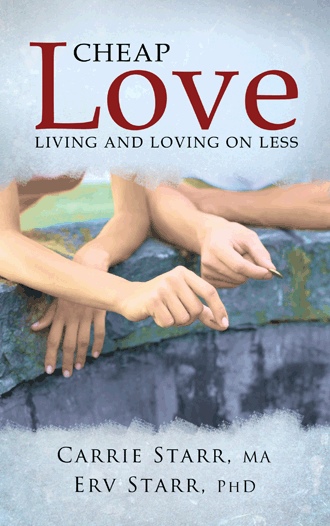 Vulnerable, frank, witty and wise, Cheap Love is the story of best friends from college who spent their honeymoon in a borrowed tent and—with a deliberate focus on establishing a lasting romance while pursuing financial responsibility-- were able to celebrate their tenth anniversary on an Alaskan cruise. Lovers of simple pleasures, unexpected adventures, spoiling others and following Jesus, Carrie and Erv share their struggles and success with transparency and grace. This couple draws you in and inspires you to follow their example.