Lessons Learned as a Bridesmaid

what every single woman should know before becoming a bride 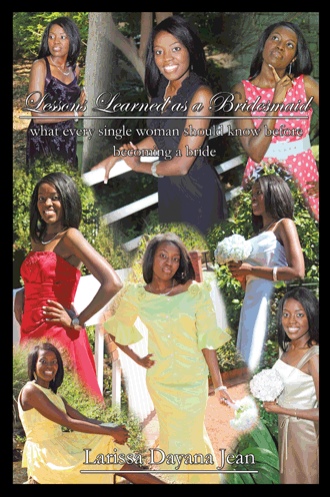 Now, we have looked at Sarah and how she did not pass the waiting test very well. However, let’s look at a woman who although had to wait longer than her flesh probably wanted to, still waited with such grace. I am talking about Hannah.

“Now there was a certain man of Ramathaim Zophim, of the mountains of Ephraim, and his name was Elkanah…he had two wives: the name of one was Hannah, and the name of the other Penninah. Penninah had children, but Hannah had no children…”

Again, we see this “no children” dilemma. Meanwhile, back on the ranch, I was knocking on 19 years of age, and still no prospects in sight! I mean nowhere! I can remember that year being a very special year in my relationship with the Lord. I had rededicated my life to the Lord at a United Campus Ministries conference in Atlanta, Georgia. Because I was so fired up and sold out to the Lord, a counterfeit had to come along the way, of course, to distract me from what God was doing in my heart during my first year of college. It was a time to test how much of my heart I had really entrusted to the Lord as it related to this area of my life. Sadly, I realized that I still had not given every part of my heart over to God, including the area of the right relationships in His timing. So, I bought the bait.

It happened as one of those friend “hook up” things. A friend of mine at my church at the time had an older cousin who had expressed his interest in me. He was 24 and I was 19. Besides   feeling overly excited that I had caught the attention of an older guy, but I was thinking to myself as well, “Yes! I’ve finally made it to first base—I’ve met somebody! Now Lord, remember my schedule. In about three to four years, some wedding bells need to come out of this!”

Now, I think it is only valid to point out that I never met the man face to face. He saw me in church once, got my email from my friend, and preceded this “let’s get to know each other via emails” for the next three months. Totally ridiculous, I know! However, back then, I did not fully understand yet that my value came from the love of God for me and not from the attention of a guy. One invaluable lesson that I have learned while waiting on Immanuel’s timing is to truly allow God to fill and tend to every void in your life. As a young girl, I dealt with very low self-esteem and poor body image for so long, that I felt that I needed to validate myself through good grades, accolades from people or a boyfriend. At that particular time in life, I viewed marriage as a prize that I had to obtain to feel validated. At 19, going on 20, getting married meant more to me than graduating from college and earning my degree. I had put my worth on whether or not I was “marriageable.” Well, needless to say, that short lived “courtship” ended by Spring Break of 2004 and I found myself back to square one. How does this relate to Hannah? As Penninah kept popping out more babies, Hannah remained childless. As more friends were getting engaged and married, I remained without a special man in my life.

“And her rival also provoked her severely, to make her miserable, because the Lord had closed her womb. So it was, year by year, when she went up to the house of the Lord, that she provoked her; therefore she [Hannah] wept and did not eat.”

Have you ever had any “Penninahs” in your life? I mean, for real. I’m talking about people in your life who rather than encourage you to take heart while you wait patiently for God to bless you, would much rather flaunt what they themselves have already received in front of you and provoke you to the point of tears.  “You know, I think you all need to see if there is anything wrong with Larissa,” an older woman once told my mother one Sunday after service. “I mean, I just don’t understand—she’s pretty, she’s smart, she loves God and she goes to church. Why doesn’t she have a boyfriend yet? Does she even like boys…?”  This was a true conversation that this woman and countless others would approach my family with. These were my “Penninahs” during my late teens and early 20’s. While it seemed like all of the friends of my parents were marrying their daughters off at the church, no one could understand why I hadn’t been “scooped up” yet. Like Hannah, these comments stung like rubbing alcohol on a fresh cut. They pierced my heart because eventually, I started to believe these comments and even began to question the Lord. Was there something wrong with me? If I really had all these good qualities going for me, why was I still single?  What was I doing wrong?

I really empathize with Hannah. She was a woman of God, who loved the Lord. I’m sure there were times that her heart ached to understand God’s sovereign plan as it related to her long wait to being a mother. Timing, yet again, is imperative to understand as a kingdom-minded citizen. What I love the most about Hannah is that never once do we see in the scriptures that this woman complain to the Lord or lash out her frustration onto her husband, Elkanah. Nor do we see that she tried to manipulate her husband to get her desire for a child met outside of the will of God. We do see, however, that she faithfully went to the temple year after year, and waited patiently on the Lord. I believe that the Lord pays very close attention to our attitude while we wait. How we behave during the waiting process will determine how long we remain there!

Take an inventory of your own self. How do you respond when you hear of a friend who gets engaged? Do you find yourself dealing with jealously? How do you respond when another friend gets married? Are you genuinely happy for them? There have been many times where I would literally throw a temper tantrum when I would hear the news of another close friend who was my age, marrying the man of her dreams. However, that is not going through the waiting process gracefully. Hannah waited and endured her test of waiting with such grace and inner strength from the Lord. God can give you that same strength to endure with grace!

When I look back over my early 20’s, I realize that had I been involved in a serious relationship and had gotten married early, I would not have had the privilege to serve the Lord faithfully on my college campus. By the grace of God, I had the honor of leading Bible studies in my campus ministry—even to have served for four years as campus ministry president. I served young women on my hall as an RA. I worked with the youth at my church. Like Hannah, I just continued being about the Father’s business while I waited; not putting my whole life on hold just to wait on a husband. And just like God remembered Hannah and her faithfulness and opened her womb, God will also remember you and your faithfulness onto Him while you waited and bless you with the man of your dreams.

Are you tired of being always the bridesmaid, but never the bride? Is the wait for a mate almost too much to bear? Ready to stop settling for a Bozo and hold out for your Boaz? Fear not! Get ready for God to bless your socks off! In Lessons Learned as a Bridesmaid, Larissa D. Jean shares her story of what she has learned in her wait for a godly husband. With transparency, sincerity, and lighthearted humor, Larissa shares her experiences of being a bridesmaid multiple times. She offers single women practical advice on true contentment, waiting on God’s timing, purpose, dating, and purity. A great tool for singles ministries, young adult ministries, and campus ministries, this is a great book for single women, bridesmaids, and future brides everywhere!

Larissa D. Jean has been working with young women both in Atlanta and Athens, Georgia since 2001. Born in Haiti and raised in the United States, she has taught Bible studies, led campus ministries and a singles ministry. A University of Georgia graduate, she is now a Spanish teacher and lives in Lawrenceville, Georgia. For more information, visit her website at