A Lab Book for the Young at Heart 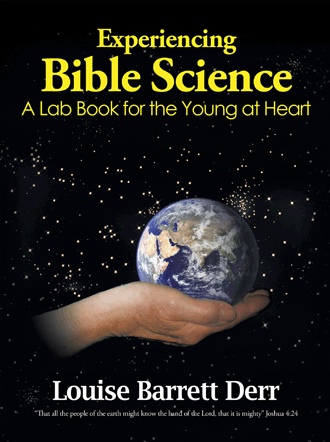 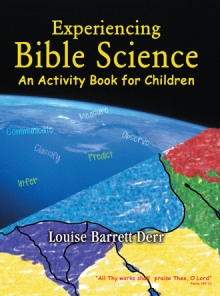 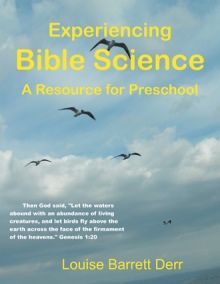 Experiencing Bible Science is a lab book for experiencing the science and culture found in Scripture, thus enriching both Bible and science study. Its intended audience is youth, ten to fourteen years old, and anyone “young at heart” desiring to know more about the science found in the Bible. Activities are designed for independent learning or small groups. The information and activities are appropriate for home-school enrich¬ment, science fair projects, camps, vacation Bible school and other middle school groups. Measurements are in US/Imperial and Metric and the materials needed for the activities can easily be found worldwide. Be “skillful in all wisdom, and cunning in knowledge, and understanding science” Daniel 1:4. May we all enjoy a lifetime of learning.

Louise Barrett Derr received her bachelor’s and master’s degrees in education from UNC-Chapel Hill. For twenty-six years she taught in the North Carolina public schools. Mrs. Derr developed and presented her curricula for science and for gifted children at numerous state and national teachers’ conferences. This motorcyclist, private airplane pilot, and scuba diver, enjoys gardening and nature study. She has previously been active in Boy Scouts and the Civil Air Patrol. Traveling in eighteen countries around the world has given her a desire to see people everywhere discover the science in the Scriptures. Mrs. Derr became a Christian in 1974 and was discipled in a Bible-centered church. She and her husband, Harry, moved to Waxhaw, North Carolina, in 1999 to volunteer at the JAARS Center, supporting Wycliffe translators. Here she learned the skill of audio recording on computer and is now sharing the vision of vernacular media for oral cultures.