And He Restoreth My Soul

An Extensive View of Sexual Violence and Its Impact on Survivors and Society. This is a Collaborative Project of Highly Recommended Professionals, Pastors and Others Working Towards Healing; Spiritual, Emotional, and Mental. 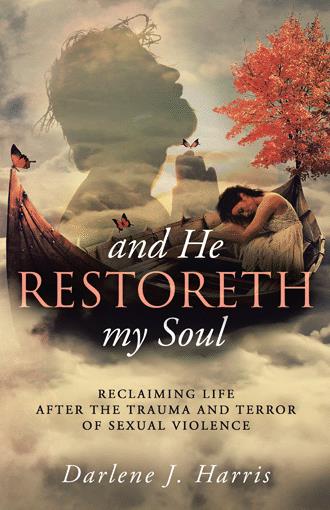 It is not formal education that qualifies Darlene J. Harris to write on the topic of sexual abuse and molestation but it is her heart for the church to be involved in the healing process and her desire not to see others damaged. She is quoted by the L.A. Times "I don't want anyone to hurt like I did"; this is what drives Darlene J. Harris. By the age of eighteen Darlene had a secret. She had been raped twice. As a result “And He Restoreth My Soul” was birth. Darlene has vigorously educated herself and her strength lies in her ability to reach out to experts in order to gain their participation and help with presenting the best information possible. Writing “And He Restoreth My Soul” is the outcome of one of those successful moments. She is a speaker, develops workshops, and retreats for women. At times she may even sing for you. God gifted her with encouragement and compassion towards others. Darlene has experienced the ministry of caregiver to her one hundred year old aunt and currently lives in Rising Sun, Indiana. She is excited about the woman she is becoming and wants this same excitement for others who had a "secret" too early in life.